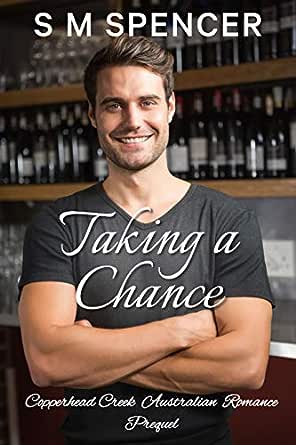 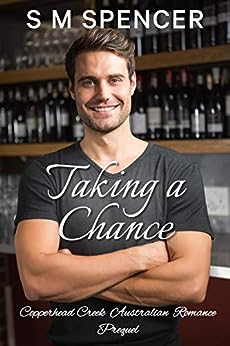 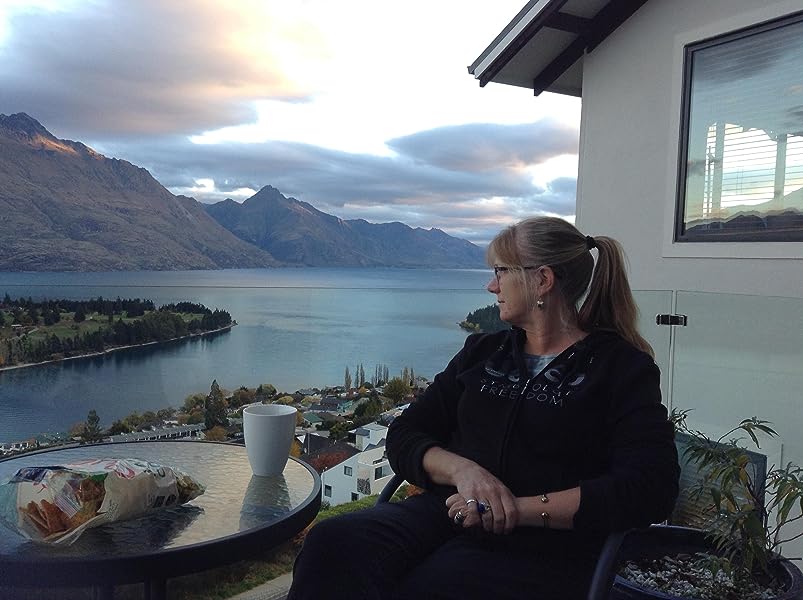 Some people make plans ... for the next month, the next year, the next decade. But for others, it's a matter of taking a chance when the time feels right, or when an opportunity presents itself. Lora knows she's a bit different to the rest of her family, but when the time comes, can she find the courage to make the decision that is right for her?

Taking a Chance is a short prequel to the six Copperhead Creek Australian Romance series. The characters in this story will reappear in subsequent books throughout the series.

All books are romance with just a touch of spice, having no descriptive sex scenes, no significant violence, and only minor incidences of foul language.

The stories are all set in the imaginary town of Willows, located in Victoria's Golden Triangle which is the home of Australia's 1850s Gold Rush. While the town in the series is fictitious, it has been inspired by small towns scattered throughout Victoria and South Australia.

Each book can be read as a stand-alone featuring a new couple who find their own happy ending, but if you read the books in order you'll find characters from earlier books making reappearances as the lives of the small town residents overlap and tangle.

The books in the series are:
A Chance to Come True
A Chance to Get it Right
A Chance to Let Go
A Chance to Belong
A Chance for Snow
Murder at the Creek - A Copperhead Creek Mystery

At the age of five S M Spencer's life changed when she was plonked onto a black & white pony for a photograph. From that day on all she wanted was a horse. She spent the next eleven years writing stories about the horses she pretended to ride through the rolling hills of coastal California until she got a job and bought her first horse at the age of sixteen.

In the 1980s her life changed again when her employer offered her a role in Australia. This was the beginning of an adventure of which she has never tired.

Still living in Australia she now writes from the semi-rural home she shares with her husband, horses, cats and dogs--not to mention the kangaroos that share the paddocks with the horses from time to time.

Her current series is the Copperhead Creek Australian Romance series. This is clean Australian contemporary/rural romance set within the Golden Triangle outside Melbourne.

Amazon Customer
4.0 out of 5 stars A great start to the series
23 March 2019
Format: Kindle EditionVerified Purchase
I’ve read and enjoyed all the other Copperhead Creek books and was excited to see this free short story which is actually a prequel to the series. This short story Introduces Lora, who is one of the characters who appears in most or maybe even all the other stories. It’s a great start to the series, and an easy read with a satisfying ending.
Read more
Helpful
Comment Report abuse
See all 1 customer reviews
Write a customer review

Joan Austin
5.0 out of 5 stars Introducing Willows a small town with possiblities
24 March 2019 - Published on Amazon.com
Format: Kindle EditionVerified Purchase
This is a great prequel to the series of romances set in the small Australian town of Willows. Lora is a supporting character in all the books. Her desire to take a chance on her own to start a business and an different life allows us to get to know her better, and, more importantly, to know the town of Willow, where romance flourishes. Spencer lovingly introduces Willows to us and invites us to follow the inhabitants in her series of Australian romance novels. Makes me want to read them again.
Read more

Whitney Rines
4.0 out of 5 stars A good start
7 July 2019 - Published on Amazon.com
Format: Kindle EditionVerified Purchase
I really enjoyed reading the prequel. It was a nice introduction into the series, and what to expect. The pace was nice, and was entertaining with how things were described from Lora's perspective. I look forward to getting further into this series.
Read more

Callmepar
5.0 out of 5 stars Sweet novella prequel
28 March 2019 - Published on Amazon.com
Format: Kindle EditionVerified Purchase
This was a sweet introduction to the romance series and shows how Lora came to Willows with hope and courage to take a chance on standing on her own. It eloquently sets the stage for the subsequent novels.
Read more

Cynthia St. Germain
5.0 out of 5 stars Great Beginning
26 March 2019 - Published on Amazon.com
Format: Kindle EditionVerified Purchase
Lora wants her own salon but she won't be able to afford it in Melbourne so when she is a salon. For sale in Willows she jumps at the chance. Small town a great start.
Read more
Go to Amazon.com to see all 8 reviews 4.3 out of 5 stars
Get FREE delivery with Amazon Prime
Prime members enjoy FREE Delivery and exclusive access to movies, TV shows, music, Kindle e-books, Twitch Prime, and more.
> Get Started
Back to top
Get to Know Us
Make Money with Us
Let Us Help You
And don't forget:
© 1996-2020, Amazon.com, Inc. or its affiliates