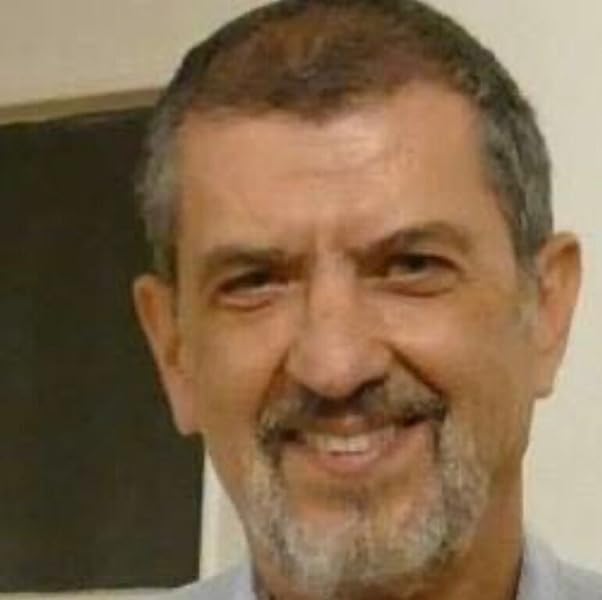 It Takes A Ninja: Teaching to Awaken the Learner Within: The Ultimate Guide for Martial Arts Teachers Paperback – 7 May 2021

by Ilan Gattegno (Author), Joe Maurantonio (Editor), Masaaki Hatsumi (Foreword) & 0 more
4.4 out of 5 stars 13 ratings
See all formats and editions
Sorry, there was a problem loading this page. Try again.

The key to better learning
I was fortunate to be in the right place at the right time. As a result of my exposure to three awesome teachers, I was able to ask the correct questions and get answers that revealed the elusive obvious and I learned the right way to learn. This book contains a key that will make you an excellent teacher and a better learner. If you desire to be a good student, you also aspire to become a good teacher. This is what my Beta readers had to say:

Thought-provoking Content
This book contains thought-provoking content that only someone with 46 years of experience in Bujinkan can write. By reading this book, I think you will be able to understand the profound meaning of Hatsumi-Sensei's words.
-- Keiji Nakadai, Honbu Dai-Shihan Japan

Use This Valuable Insight Wisely
Knowledge - talks. Wisdom - listening. I say that you, as a martial artist, are wise to listen to the knowledge revealed in this valuable book. Ilan is an example to us of how to remain truthful and not waver. He is someone who talks and teaches through his own actions. So please, when you have read the book and learned what Ilan says, use this valuable insight wisely.
-- Sveneric Bogsäter, Dai-Shihan Holland

A Must-read for Aspiring Teachers
It Takes a Ninja is a must-read for those aspiring to be teachers, not only in the martial arts but in any endeavor. It lays out a precise method and attitude needed to train the next generation for success. My hat goes off to Ilan Gattegno for another wonderful book. I highly recommend it.
-- Bud Malmstrom, Dai-Shihan, USA.

Brilliant and Insightful Book
Once again, Ilan Gattegno has written another brilliant and insightful book, recoding and providing a commentary on his many wonderful years of experience in the Bujinkan. I thoroughly commend this important book to everyone in the Bujinkan, other martial artists and indeed anyone who is interested in reading about a unique life journey.
-- Peter King, Dai Shihan, U.K.

Dai-Shihan (大師範) Ku-gyo Menkyo / Ju-godan (十五段) Ilan Gattegno, a published author and a journalist, joined the Bujinkan in November 1974, when Doron Navon returned to Israel after eight years in Japan. During the first few years at the Israeli dōjō he was assisting Doron in his classes by taking over the classes in Doron's absence. Together they formed the Bujinkan Israel association with Doron as Chairman and Ilan as Secretary. In 1975, Ilan joined the Tel Aviv University jūdō Team and in 1976 was Captain of the team, which won the Inter-University Cup that same year. He was then presented with the Sportsman of the Year Award at Tel Aviv University. In 1980, he traveled to Japan for a month and studied with Ishizuka shihan and Tanemura shihan, and met Hatsumi sensei who, at the time, was not teaching. He also practiced jūdō at the Kōdōkan in morning classes held for foreigners. In 1983 he led the Israeli delegation to the first gasshuku [training camp] in Yumoa-Mura.

Ilan’s magazine and daily paper articles were an immense contribution to the publicity of Bujinkan. His articles in Black Belt and Ninja magazines brought a huge amount of attention to the true nature of Bujinkan.

In 1983, he received Shidoshi-ho title while in Japan and has been teaching ever since. He has also travelled abroad extensively and helped form some of the most prominent clubs today.

In 1987, in the Tai Kai in London, he passed the godan test. In 1989 he was in the organizing body of the Jerusalem Tai Kai and also arranged the 1992 Tai Kai at the sea of Galilee. When Doron Navon decided to let the next generation take the lead in Bujinkan Israel, Ilan helped Moti Nativ regroup all the teachers and students in Israel and organize the first and the second Teaching Courses, under the guidance of Wingate Institute of Physical Education.

Joe
5.0 out of 5 stars Another Great Read!
Reviewed in the United States on 17 May 2021
Verified Purchase
My copy of "It Takes a Ninja" arrived in wonderful condition. I immediately opened it and started reading as if I’d never heard of it before. The opening comments by Hatsumi-sensei (Feb 2021) caught my eye and urged me onward. The author, Ilan Gattegno (daishihan), offers insights on many topics: teaching, learning, training, reclaiming awareness, and dojo structure. Most interesting was the view behind the curtain of how Hatsumi sensei has taught us his secrets. I'm already thinking of ways to adapt some of the ideas into my classes.
Read more

5.0 out of 5 stars Another Great Read!
Reviewed in the United States on 17 May 2021
My copy of "It Takes a Ninja" arrived in wonderful condition. I immediately opened it and started reading as if I’d never heard of it before. The opening comments by Hatsumi-sensei (Feb 2021) caught my eye and urged me onward. The author, Ilan Gattegno (daishihan), offers insights on many topics: teaching, learning, training, reclaiming awareness, and dojo structure. Most interesting was the view behind the curtain of how Hatsumi sensei has taught us his secrets. I'm already thinking of ways to adapt some of the ideas into my classes.
Images in this review

Paul Fisher
5.0 out of 5 stars Outstanding book!
Reviewed in the United States on 22 May 2021
Verified Purchase
The problem with most martial arts books and memoirs is the authors aren’t writers. Ilan Gattegno is as much a skilled professional at the craft of writing as he is in his martial art. He is an extraordinary man that has lived an extraordinary life and when he speaks of martial arts it is from the perspective of someone who has regularly trained and taught for nearly half a century, with the small circle of people at the very source of the Bujinkan This particular book is remarkable in the way it communicates and teaches, really offering a profound growth experience to the martial artist. A must for the martial artist’s library.
Read more
4 people found this helpful
Report abuse

Amazon Customer
5.0 out of 5 stars Essential Bujinkan reading.
Reviewed in the United States on 25 May 2021
Verified Purchase
Another great book by the author; just like his previous book the ninja way. Full of insight and stories that will hold your attention from the very first time you peel back the cover.
Read more
2 people found this helpful
Report abuse

Amazon Customer
5.0 out of 5 stars Magokoro true heart, true intention
Reviewed in the United States on 27 May 2021
Verified Purchase
This book is not only a must read for practitioners of martial arts, but it gives you an inside look at a man that has dedicated his entire life to martial arts, teaching and finding ways to more efficiently learn not only martial arts, but anything in your life that you wish to learn and grow in. I highly recommend this book. Especially to all Bujinkan members. The personal stories he shares in this book make it even more compelling and valuable. Make sure this gets into your collection!!!
Read more
One person found this helpful
Report abuse
See all reviews
Back to top
Get to Know Us
Make Money with Us
Let Us Help You
And don't forget:
© 1996-2022, Amazon.com, Inc. or its affiliates