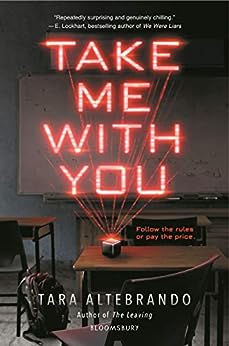 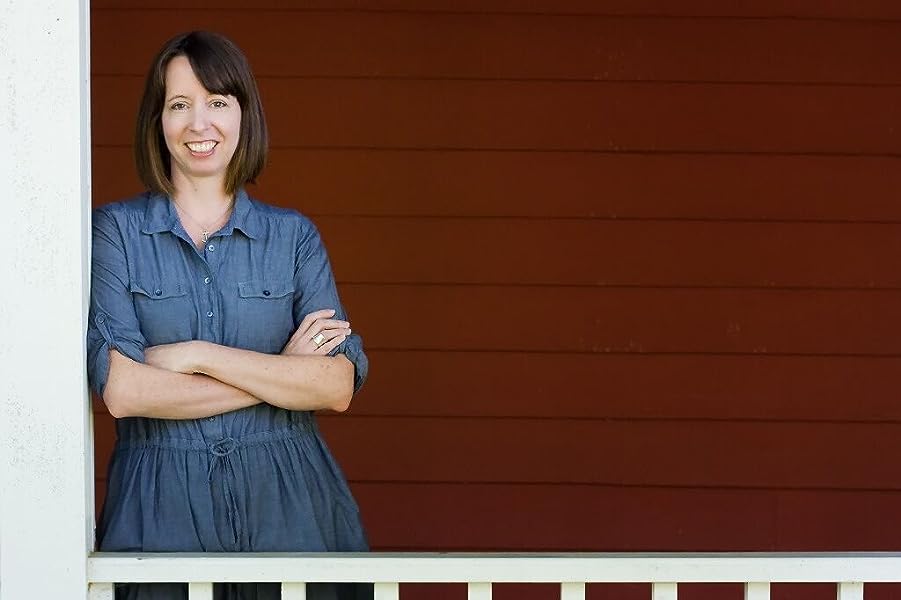 Take Me with You Kindle Edition

I raced through this supper-addictive, nuanced, puzzle of a book in a weekend. It's no ordinary thriller: repeatedly surprising and genuinely chilling. ― E. Lockhart, bestselling author of WE WERE LIARS and GENUINE FRAUD

Will keep readers guessing until the very end. . . . A fun and unusual mystery that teens will enjoy; give to fans of John Green's Paper Towns and E. Lockhart's We Were Liars. ― SLJ on THE OPPOSITE OF HERE

The juicy premise is enough to draw mystery/crime fans, and Altebrando unspools details with a deft hand. ― BCCB on THE POSSIBLE

This gripping tale, full of unexpected twists and turns, will intrigue readers who enjoy psychological thrillers with a touch of the paranormal. ― SLJ on THE POSSIBLE

You will not sleep, check your phone or even breathe once you begin reading The Leaving. Altebrando hides a meditation on memory and identity inside a top-speed page-turner. I promise, you will not even look up from the page. ― E. Lockhart, author of WE WERE LIARS on THE LEAVING

A twisting, harrowing story . . . Engrossing, both as a thriller and a meditation on memory--its limits, its loss, and the ways it deceives and constructs identity. ― Publishers Weekly, starred review, on THE LEAVING

This is no mere thriller; folded into this compulsively readable work are thought-provoking themes. . . . Teens who enjoy engrossing, contemplative titles such as Adam Silvera's More Happy Than Not will devour this insightful musing on memory and identity. ― SLJ, starred review, on THE LEAVING --This text refers to the paperback edition.

Nenia Campbell
1.0 out of 5 stars An interesting premise but it's all build-up and no payoff
Reviewed in the United States on 13 November 2020
Vine Customer Review of Free Product( What's this? )
DNF @ p.181

Officially, I threw in the towel at p.181 but I skimmed to and read the end because I wanted to see if the journey was worth it. Spoiler: it wasn't. I'm actually pretty disappointed because I thought TAKE ME WITH YOU had a really interesting premise and what sold me on the book was its superficial similarities to Danny Tobey's THE GOD GAME, which was basically the YA version of a cheesy potboiler.

Basically, the premise of this book is this: four teens are summoned to a classroom under mysterious circumstances where they find a device. The device tells them that they must take it with them, trading off every 24 hours. They are not allowed to talk about the device, they can't abandon the device, and they cannot get it wet. The first one hundred or so pages are mysterious and creepy because the rules give the appearance of dramatic stakes should the rules be defied.

I guess my problem with this book is that it didn't really go anywhere. It had all these opportunities to be either a bit ridiculous but fun like THE GOD GAME or a cheesy techno-thriller like Paycheck, where even if the science doesn't make sense, you can at least tell a good and compelling story with some emotional stakes. It's never really clear why these four teens were chosen and none of them really leaped out at me, personality-wise. The ending is anticlimactic and it just seems like this book goes on for way too long with way too little payoff. Very disappointing.

Thanks to the publisher for sending me a copy in exchange for an honest review!

J.Prather
4.0 out of 5 stars Fast paced, interesting thriller for young teens
Reviewed in the United States on 17 November 2020
Vine Customer Review of Free Product( What's this? )
Take Me With You starts out racing from the first chapter and doesn't let up. It sports an intriguing premise that will easily generate discussions about our reliance on technology and how much it has invaded our lives. The author does a masterful job with pacing, keeping the story going at a rapid clip, never getting bogged down in too much detail and providing just enough to keep the reader engaged with the science behind the tech.

The four characters at the center of the story are very relatable, even though the author doesn't spend a lot of time fleshing them out. Young readers will easily see themselves in this odd assortment of kids and will be left wondering what they would do in similar circumstances and perhaps examine the role that technology plays in their own lives. This is a great choice for reluctant readers ages 12 and up. I am far removed from this age group but still enjoyed this fast paced, engaging read.
Read more
Report abuse

OutlawPoet
2.0 out of 5 stars Messy
Reviewed in the United States on 24 November 2020
Vine Customer Review of Free Product( What's this? )
So.

I kept in mind the age group when reading this - also trying to see if it was something my own tween would enjoy. It's definitely appropriate for her age, but is also messy, kind of slow, and very unbelievable.

Our four main characters are okay, though only one really comes to life. Mixed in with the story are heavy-handed messages about racism, peer pressure, death of loved ones, infidelity, etc.

None of the adults act in any way that's believable, nor do most of our teens.

I will let my daughter read this, but I'm not sure the pacing will be enough to keep her interest. Nor am I sure that the overall messy plot will engage.

I did finish it and I think a less mature reader than my own tween might be okay with this, but it lacks...something.
Read more
Report abuse

I Teach Typing
1.0 out of 5 stars Simple and dull
Reviewed in the United States on 12 April 2020
Vine Customer Review of Free Product( What's this? )
The premiss of this book is interesting but the delivery, which is clearly pointed toward angsty tweens who are just noticing the opposite sex, is just not interesting. I made it through 50 pages of dull teenagers checking their instagram before I put it down. The characters are hollow uninspired stereotypes and the plot is devoid of action.

To be fair I am not in the target demographic but I do read very widely. Maybe the mysterious box will inspire dread for other people but it just made me want to go find a better book to read.
Read more
One person found this helpful
Report abuse

C.M. & T.M.
5.0 out of 5 stars allegory on modern life
Reviewed in the United States on 26 November 2020
Vine Customer Review of Free Product( What's this? )
I really enjoyed this book quite a bit. I love sci fi books with a little bit of creepy mystery to them, and this book was definitely in that genre for me.

Four teenagers are called to gather in an empty classroom after school, upon which they happen on a "device". The device begins to give them instructions, and they find themselves responding and reacting to its demands on them in varying ways.

This is an interesting allegory on our reliance ON our own devices, at least it was for me. It also speaks to human urges and doing what is right despite outside (and even more important- internal) pressure and stimuli.

I highly recommend this book.
Read more
Report abuse
See all reviews
Back to top
Get to Know Us
Make Money with Us
Let Us Help You
And don't forget:
© 1996-2021, Amazon.com, Inc. or its affiliates