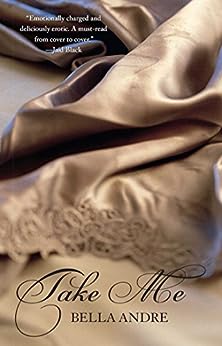 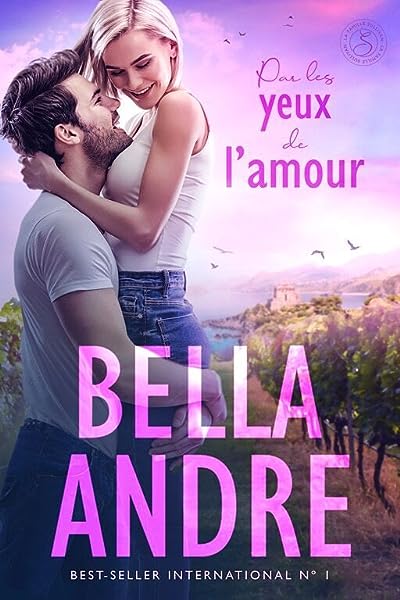 New York Times bestselling author Bella Andre is known for "sensual, empowered stories enveloped in heady romance" (Publishers Weekly). Winner of the Award of Excellence, the Washington Post has called her "one of the top digital writers in America." Married with two children, Bella splits her time between Northern California and the Adirondacks. You can visit Bella online at BellaAndre.com. --This text refers to an alternate kindle_edition edition.

4.0 out of 5 stars
4 out of 5
87 global ratings
How are ratings calculated?
To calculate the overall star rating and percentage breakdown by star, we don’t use a simple average. Instead, our system considers things like how recent a review is and if the reviewer bought the item on Amazon. It also analyses reviews to verify trustworthiness.

NicShef❤️Reading
TOP 10 REVIEWER
4.0 out of 5 stars Beauty in it's many forms...
Reviewed in Australia on 29 September 2016
This is another Bella Andre read I enjoyed. I bought it on Amazon.com Nov 6, 2013 and this is a republished review.
Take Me by Bella Andre was a terrific story that I could not stop reading. It's very different to anything I've read of Bella's in the past. The story is about loving yourself for who you are inside and not what you look like on the outside and that everyone deserves to be loved. Lily is asked by her sister to be a last-minute model in her fashion show and she balks at the thought of displaying her body in front of others due to being plus size. She calls her best friend, Luke to come support her but he's unexpectedly called to ER. Instead, his twin brother, Travis shows up and things turn hot and heavy between Lily and Travis despite years of ignoring each other. Travis is a alpha ladies' man and has up a guard. He is feels insecure at expressing or showing his feelings - he couldn't even morn openly when he lost his mother to cancer. He felt Lily could see inside his soul even at age ten, so he pushed her away. Now, as they embark on a passionate affair, Lily still doesn't believe that her relationship with Travis will last and now the one-time ladies' man must get Lily to trust in him to love her as the beautiful woman she is. The character of Lily was so relatable since most of us struggle with our weight and lack of self-confidence. I also enjoyed Travis as he showed his inner insecurities and made him more lovable. I found myself rooting for this couple to get past all their issues and get their happy ending.

Kindle Customer
1.0 out of 5 stars I should have had more sense
Reviewed in the United Kingdom on 31 July 2014
Verified Purchase
This book was a terrible waste of money. The storyline was ridiculous and too drawn out and the sexual content was very unrealistic. The heroine if you can call her that needed a reality check and a kick up the backside! I couldn't finish it.
Read more
Report abuse

Fran
3.0 out of 5 stars Not that great
Reviewed in Canada on 21 December 2012
Verified Purchase
I must admit I wasn't particularly fond of this story or the writing. For someone as shy and insecure as Lily, it seemed out of character for her to be as brazen as she was with Travis. The story just didn't jell for me.
Read more
Report abuse

Bookaholic
4.0 out of 5 stars Fun, light reading . . .
Reviewed in the United States on 8 October 2012
Verified Purchase
I liked Love Me by this author and so was inspired to read Take Me, which preceded it. I think these characters we much more well-developed and convincing and I liked the theme of finding self-acceptance reflected in the Lily character. Like many other reviewers, I had a little trouble with her uninhibited vixen in the bedroom but insecure mess outside of the bedroom routine. I think it unlikely that a woman who feels insecure about her body could masturbate in front of a man who she thinks is physically out of her league. Still, I enjoyed the emotional tug-of-war between them and his gradual realization that his aversion to her was more about being afraid to get in touch with his emotions. And of course, the idea that women who are not the physical ideal can find love and passion without having to endure some kind of Hollywood makeover is always a welcome message. The makeover happened, but it was more about Lily realizing her beauty than becoming someone else entirely on the outside, and that was refreshing. Finally, I liked that Travis was not the stereotypical "emotionally-closed-off-for-reasons-that-are-completely-obscure" romantic hero, but someone who had a little more dimension and depth than that - we actually got to understand the reasons he behaved the way he did, and they were convincing reasons.

Oh, and there were great sex scenes as well, did I mention that? :-)
Read more
Report abuse
See all reviews
Back to top
Get to Know Us
Make Money with Us
Let Us Help You
And don't forget:
© 1996-2021, Amazon.com, Inc. or its affiliates