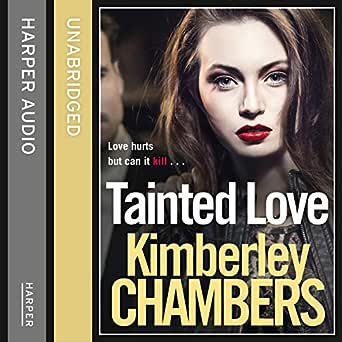 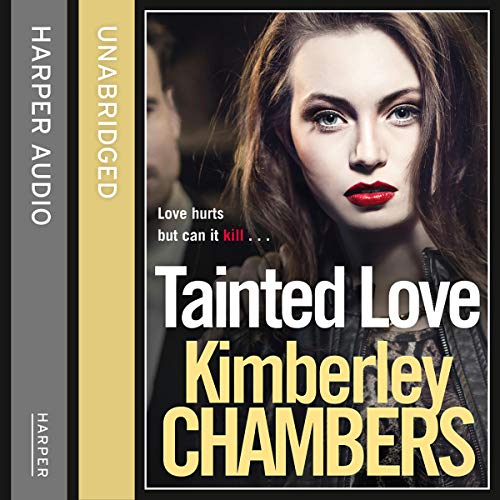 4.7 out of 5 stars
4.7 out of 5
1,509 global ratings
How are ratings calculated?
To calculate the overall star rating and percentage breakdown by star, we don’t use a simple average. Instead, our system considers things like how recent a review is and if the reviewer bought the item on Amazon. It also analyses reviews to verify trustworthiness.

Neil McVea
1.0 out of 5 stars Very weak plot; did not hold my attention at all past the first few chapters.
Reviewed in Australia on 5 August 2018
Verified Purchase
Had to force myself to keep reading this book; still have not finished it and doubt that I will. Weak plot that relied on obscene language to fill up the work count. Seemed as though the Author was using a list of foul language and was just popping these words in regardless of meaning or context. A common problem with so many authors, looking to outdo each other in the 'shock' stakes.
Read more
Helpful
Report abuse

Maureen Tripp
5.0 out of 5 stars Tainted Love
Reviewed in Australia on 7 March 2016
Verified Purchase
Absolutely loved it. Please give us more of the Butler family. I couldn't put it down, still reading at 2am. I think Kimberley Chambers is better than Martina Cole, and I love Martina Cole.
Read more
One person found this helpful
Helpful
Report abuse

susan lewis
5.0 out of 5 stars A must to read
Reviewed in Australia on 4 February 2021
Verified Purchase
What more can I say Brilliant.
KC is the new Crime Writing Queen.
Read more
Helpful
Report abuse

Amazon Customer
5.0 out of 5 stars Great read
Reviewed in Australia on 11 May 2016
Verified Purchase
Looking forward to the conclusion of a few of the stories in the next book - surely that has to be the end, but wait, there more....
Read more
Helpful
Report abuse

Anne M. Rees
5.0 out of 5 stars The Wronged and finally Tainted Love. Each book leads on from the other and ...
Reviewed in the United Kingdom on 25 July 2016
Verified Purchase
As a fan of Martina Cole I was drawn to the second book in this series called "Payback" as it was a freebie when I joined a trial of Amazon Prime......when I realised "Payback" was the second book of a series it sat on the back burner for several months until I decided to download the first book "The Trap" and read the books from the beginning.

Personally I think you do need to read the books in the order they were written to get into the characters, the complicated family life they have and the loyalty they show to each other albeit questionable at times. Kimberley Chambers has created a cast of very complex characters and as the books proceed a very complex family. I have spent a weeks holiday reading all four books. The Trap, Payback, The Wronged and finally Tainted Love. Each book leads on from the other and apparently there will be a new book in 2017 following the family saga. I will look forward to it.

Kimberly Chambers has created a very dysfunctional family and they get under your skin. Even though some of the characters have done some very evil things as time goes on and their characters develop and mature you start to hope that their sins won't find them out. I can't recommend
one book in particular I can only recommend you read all four books from the beginning to end.....it does get obsessive hence a very good holiday read if you get the chance to get away from reality!
Read more
6 people found this helpful
Report abuse

Mojo77777
5.0 out of 5 stars Excellent read. Had all the original characters from previous ...
Reviewed in the United Kingdom on 3 May 2017
Verified Purchase
Excellent read. Had all the original characters from previous books. Could relate to the story straight away . Easy to catch up with and gripping as usual right to the end. The twist at the end was unexpected, although could maybe have been worked out if more vigilant when reading certain parts. Would definitely recommend, worth reading if your a Kimberley Chambers fan. Can't wait to read her next book , to find out how the family carries on now that Queenie has moved.
Read more
4 people found this helpful
Report abuse

Kelly
5.0 out of 5 stars Brilliant, Book 4
Reviewed in the United Kingdom on 19 June 2019
Verified Purchase
I read a few reviews that said this book was boring compared to the rest and had less violence well the author KC can't win some day it's too much some say not enough. Yes there is very little violence in this book but it doesn't stop the family going through yet another turbulent time and to be honest there were a few shockers that came out but i wont spoil it for you. This was book 4 and I wasn't disappointed at all and have voted all 5 stars up to now and absolute cracker of a series. Well done KImberley I am now starting the last book and then I look forward to reading some of your other work too.
Read more
Report abuse

Kaz
5.0 out of 5 stars Loved it
Reviewed in the United Kingdom on 4 February 2019
Verified Purchase
I've loved the whole series of these books about the Butlers. Read the first book and then all the others one after the other. I didn't think I'd like them as much as I did as some people compare them to Eastenders and I don't like Eastenders but the books are so much better. It's been great to see the family develop from the 60's to date. This book is as good and gripping as the rest with all the problems and trouble that the Butlers seem to attract. I would highly recommend the whole series.
Read more
Report abuse

Tonyk840
4.0 out of 5 stars A change from Martina Cole
Reviewed in the United Kingdom on 19 July 2017
Verified Purchase
Amazon had an offer on this book, which is what tempted me. I've read all of Martina Cole's books, so fancied a change in any case.

Tainted Love is a good read that actually gets better the more you get into the book. Whilst Ms Chambers does not generate the same levels of humour for me, she still nonetheless has her own entertaining style.

Certainly worth the read and I'll be looking forward to the next one.
Read more
One person found this helpful
Report abuse
See all reviews
Back to top
Get to Know Us
Make Money with Us
Let Us Help You
And don't forget:
© 1996-2021, Amazon.com, Inc. or its affiliates