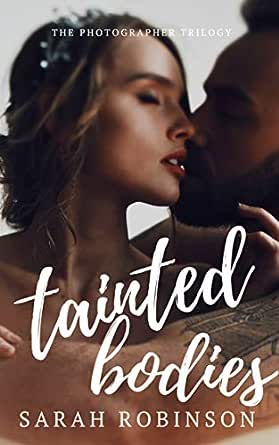 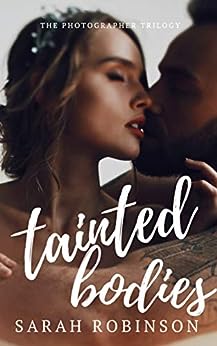 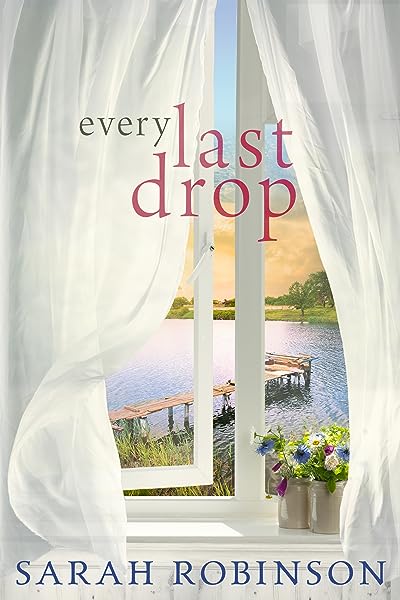 dainer81
TOP 1000 REVIEWER
5.0 out of 5 stars LOVE LOVE LOVE
Reviewed in Australia on 10 June 2014
Verified Purchase
WOW, I fell in love with this book and I could not put it down.
The characters are intriguing and the story is suspenseful, keeping you on the edge of your seat.
I cannot wait for book #2

Jill (Love Affair With Fiction)
5.0 out of 5 stars I've been Tainted! You should get Tainted too!
Reviewed in Australia on 17 April 2014
Sarah Robinson’s Tainted Bodies is a Crime Romance, a dark and heavy read that I could not bring myself to put down.

Romance, past traumas, sisterhood, secrets, betrayals and a horrific crime that occurs now—it doesn't seem like it would all fit together into a book that would leave ME wanting more. But it worked together flawlessly. It was real, raw and gritty—full of secrets, lies, mysteries and evasions which lead you up to a cliffhanger and breathlessly waiting for the second book in this series. Yet it also had another side to the book—the budding of a new relationship between Kate and Derrick, the close bond between sisters and the incredible chemistry between Kate and Derrick.

One of the things I liked the most about Sarah’s writing was how utterly flawed and imperfect her characters were. Where usually we all dream about the knight in shining armor who swoops in and saves the day…let’s be honest we don’t see it every day. Derrick has flashes of the charming, dreamy, handsome, romantic man of our dreams and then there is that slightly mysterious, secretive commitment phobe side. Kate is dissatisfied at her job, yet is still there accepting promotions, all the while wishing and dreaming about something different. She is incredibly strong yet at the same time still broken inside. When she meets Derrick, their instantaneous connection starts off a relationship that truly excites Kate. However they are not exactly in the same page.

I have to be honest that Sarah made me rethink how I rate books! Usually I reserve 5 Stars for books that I want to read over and over again. I can’t be certain that I want to curl up with Tainted Bodies again because the material is so heavy, intense and realistic (though I am not ruling it out!), but this book was so brilliantly written and has not left me since I swiped that last page that to give it anything less would be a gross injustice.

I received a complimentary copy of Tainted Bodies from the author in exchange for my honest review.
Read more
One person found this helpful
Helpful
Comment Report abuse
See all reviews

Lisa
3.0 out of 5 stars A slow burner
Reviewed in the United Kingdom on 24 August 2014
Verified Purchase
I am on the fence with this one. I wanted to really love it after hearing so many good things about it and I get that with it being the first in a trilogy that its going to be a slow burning story. However, I didn't love it and it was slow. With 50% of the story about mundane daily life, dating a guy who won't really 'define' the relationship I was nearly ready to give in. I'm glad I stuck with it as the second part of the book was a lot more eventful and I felt as though the story was finally going somewhere.

Kate's character is a difficult one to get a handle on. She has been through a traumatic experience as a young child that nobody in authority believed, causing a family breakup. She seems to be well-adjusted; trained in psychology but working a job she hates and doesn't seem to be making any steps towards doing what she really wants to do. Yet she is a survivor and that takes some strength. She is a bundle of contradictions. Derrick is not exactly a glowing book boyfriend; keeping her hanging on without actually committing to a relationship. His charms must come from elsewhere. I really couldn't relate to him at all.

The events of the second half are horrifying and it is how this unfolds that interests me and it is this that will keep me reading the second in the series.
Read more
One person found this helpful
Report abuse

Victoria Cadogan
5.0 out of 5 stars Gripping and enthralling
Reviewed in the United Kingdom on 11 May 2019
Verified Purchase
I would recommend this book to everyone- it really doesn’t matter what genre of book you normally read, this book has something for everyone and is far from predictable. Thoroughly enjoyed it and can’t wait to read the rest in the series.
Read more
Report abuse

Sharon B
4.0 out of 5 stars A good start to the trilogy
Reviewed in the United Kingdom on 3 January 2015
Verified Purchase
This is a great story, a bit slow to start, but I guess it all helps with setting the background to the story. Be warned, this book deals with a dark subject. Once you get through the first bit, the day to day, the story really picks up. It's well written, and seems very real.
I'm looking forward to continuing with Kate and Derrick's story.
Read more
Report abuse

Rachel nicolson
5.0 out of 5 stars Amazing
Reviewed in the United Kingdom on 25 November 2014
Verified Purchase
I couldn't put this book down. The storylines and characters are amazing and full of such conviction that you will need to continue till you know what happens in the end. Life isn't always easy or straightforward and Sarah has shown that with this fantastic book
Read more
Report abuse

ann cosens
1.0 out of 5 stars Only 1/3 of the story...
Reviewed in Canada on 2 July 2019
Verified Purchase
Too bad they don’t say up front it’s one book broken in to 3 parts. If that’s the case, just sell the 3 together. Very disappointing as it was a good read up until the abrupt end.
Read more
Report abuse
See all reviews
Get FREE delivery with Amazon Prime
Prime members enjoy FREE Delivery and exclusive access to movies, TV shows, music, Kindle e-books, Twitch Prime, and more.
> Get Started
Back to top
Get to Know Us
Make Money with Us
Let Us Help You
And don't forget:
© 1996-2020, Amazon.com, Inc. or its affiliates