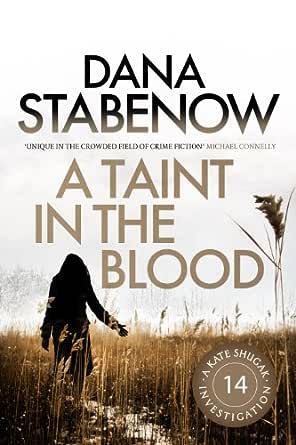 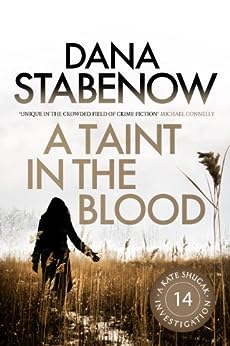 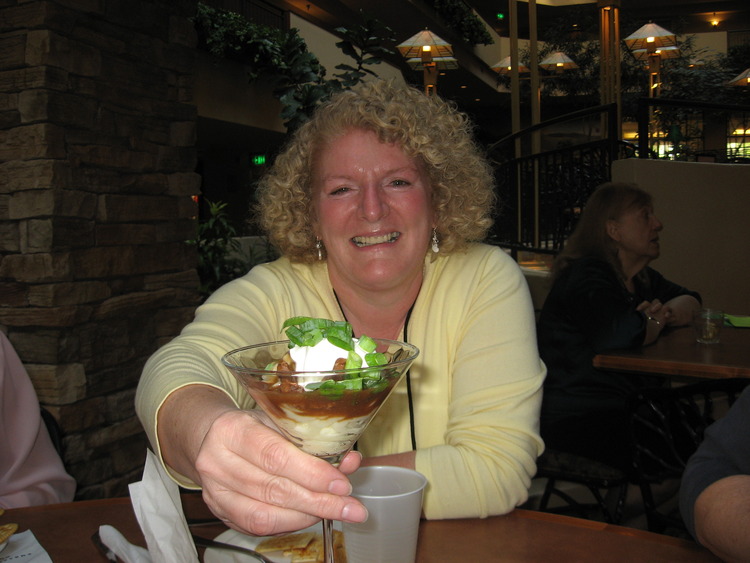 "This fourteenth Kate Shugak mystery is among the best in a consistently strong series." --Booklist on A Taint in the Blood

"A Taint in the Blood, ' like its predecessors, canbe read on t wo levels--as a cleverly-executed thriller with an intriguing protagonist or as a fascinating exploration of an exotic society with its own unique culture. Either way, you can't lose." --San Diego Union-Tribune on A Taint in the Blood

"Full of strong story and sharp description...it deserves to be noted as one of her best." --Chicago Tribune on A Taint in the Blood

"Fast-paced action scenes [and] sympathetic child characters...help smooth a complex plot strewn with chunks of historical background." --Publishers Weekly on A Taint in the Blood

"This is one fast paced thriller that you won't be able to put down." --Rendezvous on A Taint in the Blood

Dana Stabenow is the New York Times bestselling author of the Kate Shugak mysteries and the Liam Campbell mysteries, as well as a few science fiction and thriller novels. Her book A Cold Day for Murder won an Edgar Award in 1994. Stabenow was born in Anchorage, Alaska and raised on a 75-foot fish tender in the Gulf of Alaska. She has a B.A. in journalism and an M.F.A. in writing from the University of Alaska. She has worked as an egg counter and bookkeeper for a seafood company, and worked on the TransAlaska pipeline before becoming a full-time writer. She continues to live in Alaska.

Award-winning crime writer Dana Stabenow is at the top of her game in her latest spell-binding novel featuring Kate Shugak who's taken on her toughest case yet...

A MOTHER'S CRIME...
Thirty-one years ago in Anchorage, Alaska, Victoria Pilz Bannister Muravieff was convicted of murdering her seventeen-year-old son William. The prosecution convinced the jury that she set fire to her home while both of her sons were trapped inside. William died and the other, Oliver, narrowly escaped. Victoria was sentenced to life in prison, and though she pled not guilty at the trial, she never again denied her guilt.

A DAUGHTER'S DEVOTION...
Now Victoria has been diagnosed with terminal cancer, and her daughter Charlotte, who's always believed in her mother's innocence, wants her free. Kate Shugak is the only P.I. Charlotte can find who's willing to take such a long-shot case.

A FAMILY'S DARK PAST...
Kate figures it can't be bad to do a favor for the Bannister family, one of the wealthiest and most prominent families in Alaska's short history. As she begins her investigation, Victoria refuses to cooperate. But it seems she isn't the only one who wants to leave the past in the past as Kate finds herself caught in a web of deception, secrets, and danger...

"Kate Shugak is the answer if you are looking for something unique in the crowded field of crime fiction."
--Michael Connelly, author of The Narrows

4.6 out of 5 stars
4.6 out of 5
192 global ratings
How are ratings calculated?
To calculate the overall star rating and percentage breakdown by star, we don’t use a simple average. Instead, our system considers things like how recent a review is and if the reviewer bought the item on Amazon. It also analyses reviews to verify trustworthiness.

Pam
TOP 500 REVIEWER
5.0 out of 5 stars Highly recommended
Reviewed in Australia on 7 January 2018
Verified Purchase
As always a great read, with lots of unexpected twists and turns. This book was a bit more saucy than what I had come to expect, but you can skip over those bits if you want. I don't like much sauce mixed in with my reading matter, but this one almost reached my limit. Enjoyed the book immensely nevertheless.
Kate Shugak, the chief protagonist in this series, is hired to investigate a 31-year old murder in Anchorage, and the murder rate keeps mounting. You may need to read some other books in the series to follow the nuances in this novel, or not - the author seems to have the ability to draw her readers into her web of characters and somehow they explain themselves. Read it, you'll love it.

Kerry Mohan
5.0 out of 5 stars Fascinating read
Reviewed in Australia on 9 November 2020
Verified Purchase
Such an addictive series, I laugh, love, cry and live this series through Kate Shugak and the rest of the Park Rats!
Read more
Helpful
Report abuse

Anne
4.0 out of 5 stars Absorbing and amusing
Reviewed in the United Kingdom on 9 October 2012
Verified Purchase
Kate Shugak is overwhelmed by gratefulness to the people who rebuilt her cabin after it was destroyed and it is causing her problems. She hates to feel beholden to anyone and has the need to return their generosity by acts of kindness. In a series of very funny scenes the author shows us how irritating and unwelcome Kate's repayment of gratitude is to the recipients. Everyone breathes a sigh of relief when Kate is engaged to travel to Anchorage to look into a murder committed thirty years ago for which someone is still in jail. She becomes involved with the family of the victim, unearths secrets and finds herself in danger when someone feels threatened.

This is an entertaining suspense novel with a complex puzzle at the heart of it and set in a beautifully described landscape. The themes are much deeper than you would expect from the book's opening chapters. What makes the book particularly enjoyable, however, is the people. After a number of novels with Kate as the main character we have come to know and love her - we have been with her in the happy times and particularly in the sad ones. As Kate investigates she is reminded of her dead lover Jack but is also indulging in a flirtation with Jim Chopin. There are some touching and also some very funny scenes as she begins to explore this new relationship.

Best read as part of the novel sequence so that you can properly appreciate the characterisations and references to events in previous books. A high quality suspense novel where the mystery is just part of the enjoyment.

Stephanie Johnson
5.0 out of 5 stars CONSISTENTLY GOOD SERIES
Reviewed in the United Kingdom on 26 August 2013
Verified Purchase
The most important criteria when reading any book is whether the author can hold my attention. I read voraciously and have done so since I was three years old, nearly 60 years now. I've read most of the British Classic authors as well as German, Spanish, Italian, Indian, Japanese, Chinese, and so on. If the grammar and structure is poor, I lose interest. If the plot is wishy washy, I lose interest. If it's salacious or sentimentally romantic, I lose interest. If I find it pompous, verbose or pretentious, I lose interest. If the characters are weakly drawn, I lose interest. Betond that, I'll read almost anything! The Kate Shugak stories have held my interest from the beginning The series is set in Alaska, a place I've never visited nor knew much about. The writng, the lively dialogue, the colourful descriptions of a vast and sparsely populated land and the characters all held my attention and I've thoroughly enjoyed them. A couple at the beginning of the series were a little weak, but overall, I would highly recommend this series. This particular novel was as good a read as I'd come to expect from Dana Stabelow.
Read more
One person found this helpful
Report abuse

Jazz Jane
5.0 out of 5 stars Another cracking read...
Reviewed in the United Kingdom on 12 July 2019
Verified Purchase
A twisting turning mystery keeps you guessing intertwined with the stormy relationship between Kate and Jim. As usual I can't wait to visit Alaska!
Read more
Report abuse

littlemissred45
4.0 out of 5 stars Excellent read
Reviewed in the United Kingdom on 20 November 2013
Verified Purchase
Considering this is the 14 book in the Kate shugak series, you could easily think that the story line would be a bit tired, but this is not the case, as with the previous 13 books I find it very hard to put the book down. There seems no end to Dana's storytelling. The blossoming relationship between Kate and Jim is very satisfying. More of the same please Dana.
Read more
One person found this helpful
Report abuse
See all reviews
Get FREE delivery with Amazon Prime
Prime members enjoy FREE Delivery and exclusive access to movies, TV shows, music, Kindle e-books, Twitch Prime, and more.
> Get Started
Back to top
Get to Know Us
Make Money with Us
Let Us Help You
And don't forget:
© 1996-2020, Amazon.com, Inc. or its affiliates