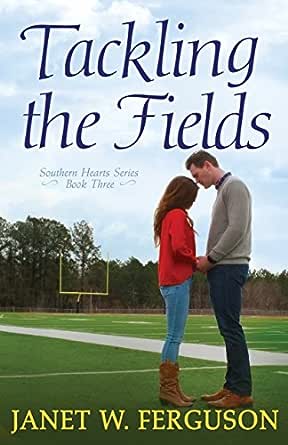 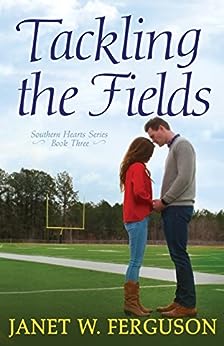 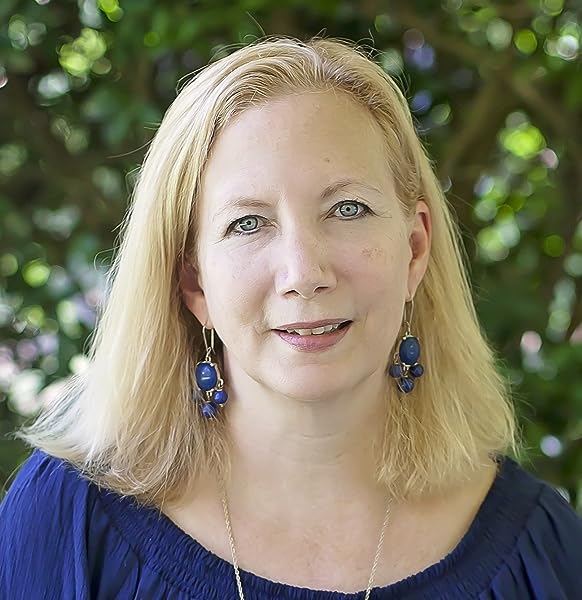 With a fun style, and a voice all her own, Janet Ferguson has tackled a deep topic, giving grace where there are painful wounds and hope for a future beyond tragedies and mistakes. I'm all about redemption stories, and Tackling The Fields is fantastic. Jennifer Rodewald, Christian fiction author

Cole Sanders is a changed man. The university quarterback questions his direction in life after serving on a mission trip in Honduras. Things that used to fill Cole’s ego seem empty after witnessing the developing country’s extreme poverty and the death of a precious child. The one glimmer of hope through his confusion is the fresh perspective he now has about his tutor, Audrey. She possesses something beautiful inside and out—something that might help him become the person he wants to be.

University senior Audrey Vaughn tutored Cole Sanders for an entire year and never imagined the popular quarterback would see her as anything more than a friend. After partnering with him on the mission trip, they are drawn together. And he appears to have changed for the better. To let Cole into her life, Audrey will have to overcome not only her brother’s distrust, but also the paralyzing fear still lingering from a past she’s tried to leave behind.

Cole can’t walk away from Audrey now that they’re back in Oxford. He’ll have to figure out how to keep her giant of a brother, a lineman on his football team, from killing him when the coach has his back turned. But can Audrey trust her heart to a player so similar to the one who stole so much from her in the past?

Kerralyn
5.0 out of 5 stars Fantastic
2 April 2018
Format: Kindle EditionVerified Purchase
Once again, a great story line. I thought it was fantastic that this story addressed issues that we don’t like to talk about such as rape, sex trafficking and pornography. I also applaud the message of God’s grace, no matter our past.
Read more
Helpful
Comment Report abuse

Dot Capon
5.0 out of 5 stars Captivating and Honest
24 June 2019
Format: Kindle Edition
This book has everything - interesting, well drawn characters, fast paced storyline and gripping contemporary issues. I really appreciated the christian life approach as the tough football men experience for themselves how giving help to poor communities teaches lots about facing life. Through this, the issues of trafficing, women's rights and facing life after rape are sensitively dealt with. Tough decisions are handled by the characters and mistakes made show how real the problems are.
Read more
Helpful
Comment Report abuse
See all 2 customer reviews
Write a customer review

Ellie
5.0 out of 5 stars I Had Trouble Putting This Book Down!
26 January 2018 - Published on Amazon.com
Verified Purchase
I could barely put this book down when I started reading it! Tackling the Fields is the third book in Janet W. Ferguson's Southern Hearts series, but it can easily be read as a stand alone book. This book appealed to me because of the "friends become something more" theme. The book went so much deeper than I anticipated. I have to say again that I could barely put this book down! This book dealt with some serious topics, but in a very thoughtful way.If you like contemporary Christian fiction, I highly recommend this book.
Read more
4 people found this helpful

What I did enjoy was the deep and good portrayal of how serious concussions are in sports, how rape can happen and what the victims can deal with long after the event.
Be prepared that the topic will be dealing with those two hard topics.

A+D
4.0 out of 5 stars Very Real Subjects Discussed!
29 September 2019 - Published on Amazon.com
Format: Kindle EditionVerified Purchase
First, I have to say that I really liked this book. There are some very real, very difficult subjects and situations dealt with. I think the author handles these with respect and sensitivity.
I loved the changes the mission trip to Honduras made in Cole. He still deals with temptation but he holds on to his new found faith. He still has faults.
Audrey is still dealing with a traumatic experience. Her large, linebacker brother is very overprotective and always nearby.
Audrey and Cole have a sweet romance beginning but they also have much to overcome. It's odd to say that I liked their struggles. The way they jumped to conclusions and stewed in their own misery felt very real.
I loved the Bible study that Cole asked Audrey to do with him. ❤
* I also listened to the Audible version of this book. The narrator does a magnificent job of bringing out the intense emotions of the characters.

smithgg
5.0 out of 5 stars Great Story With Some Hard Issues
22 September 2019 - Published on Amazon.com
Format: Kindle EditionVerified Purchase
We all have dreams and some are blessed to fulfill theirs, but others have to go in another direction. I thought of Proverbs 16:9, “In their hearts humans plan their course, but the LORD establishes their steps.” The author did a nice job in addressing a lost dream, rape, sex-trafficking and the emotions that go along with them. But she showed us that if we put God first and foremost above everything, we can be more than conquerors in the heard situations of life.
Read more
One person found this helpful

Cee Reader
5.0 out of 5 stars Addictive
8 March 2017 - Published on Amazon.com
Format: Kindle EditionVerified Purchase
I've actually read the first three books in this series in two days......ready to start the fourth,'Blown Together' immediately. It is definitely a must to read these books in order,they weave right into the next of the series. I've thoroughly enjoyed getting to know each character and plot line that pulls them together. If I have anything negative it is that ending is so abrupt. I'm still awaiting how the mediation regarding Michael was decided~ I feel like we were left hanging. Maybe something will be mentioned in this next episode! I've discovered a new favorite author in Janet W. Ferguson.
Read more
2 people found this helpful
Go to Amazon.com to see all 89 reviews 4.7 out of 5 stars
Get FREE delivery with Amazon Prime
Prime members enjoy FREE Delivery and exclusive access to movies, TV shows, music, Kindle e-books, Twitch Prime, and more.
> Get Started
Back to top
Get to Know Us
Make Money with Us
Let Us Help You
And don't forget:
© 1996-2020, Amazon.com, Inc. or its affiliates