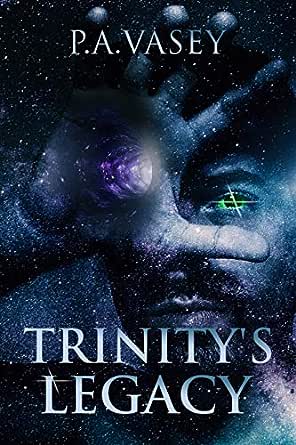 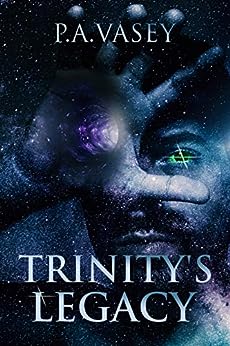 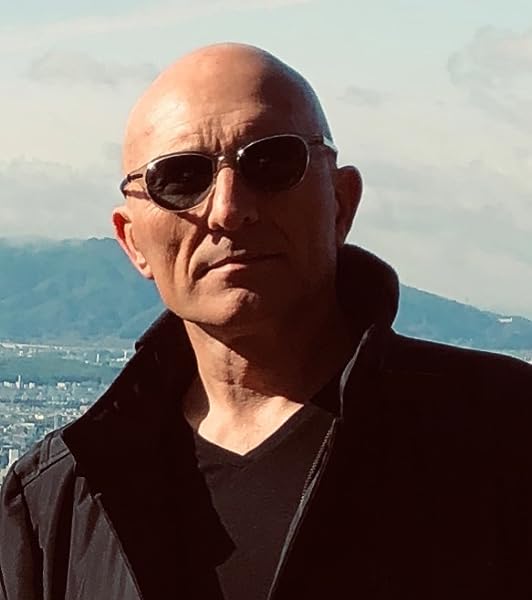 We are not alone

TRINITY'S LEGACY is the first in a trilogy which takes readers on a thrilling road trip full of high tech, drama and twists as humanity encounters an alien species for the first time. It is an official semi-finalist for the 2018 CYGNUS Book Awards for Science Fiction. The sequel, TRINITY'S FALL will be released later this year, with TRINITY: EXTINCTION planned for 2020.

The Vu-Hak: An ancient and malevolent alien race, once organic, now entities of pure thought, drifting between the stars, limitless and immortal. An alpha species. A species that colonises on a galactic-scale.

The portal: A rift in space connecting Earth to the Vu-Hak galaxy. A result of the Cold War’s secret nuclear arms race. Hidden by scientists and U.S. governments for half a century. Forgotten.

Kate Morgan: A doctor grieving the recent death of her child. She encounters a strange man in her emergency room. A man who speaks to her telepathically. A man who knows things about her he could not possibly know.

Adam Benedict: Amnesic, enigmatic, and not entirely human. The FBI and the Government are desperate to capture him. Driven by urges he cannot understand, he goes on the run, taking Kate Morgan with him.

With Adam questioning whether humanity is worth saving, Kate realizes that she is the only thing keeping him human. And time is running out.

Click on the BUY NOW button to get your copy today!

AussieSciFiFan
5.0 out of 5 stars Absolutely thrilling from the first page
21 April 2019
Format: Kindle EditionVerified Purchase
For a first novel, this is pretty accomplished.
PA Vasey tackles big themes including what it means to be human and whether humanity deserves to survive an encounter with a more advanced alien species.
What starts out as a road trip and an abduction ends up close to apocalyptic with the usual suspects of government agencies and military types failing to comprehend what is going on. The narrative is full of tech and high concept without getting bogged down, and the characters were likeable and engaging to sustain my interest throughout their journey. The author writes really well, and was very entertaining.

The book had me grabbed from the first few pages - I couldn't put it down! The end of the book and epilogue had me asking so many questions - I absolutely loved this book and can't wait to read the next part of the story.

Tara Lee
5.0 out of 5 stars Hooked from the first page!
8 April 2019
Format: Kindle EditionVerified Purchase
Wow! What an awesome start to a new sci fi trilogy by first time author PA Vasey.
Trinity's Legacy is about an ancient and malevolent alien race, a man who is no longer entirely human, and a woman who may be the only one who can save him and the rest of humanity.
This book had me hooked from the first page, and kept me engrossed all the way to the end.... so much so, that I finished reading it in one day. I am now eagerly awaiting the next installment of this trilogy, but in the meantime I will read the short story "I am Trinity" which is told from Adam's perspective, and leads us into the upcoming book 2.
PA Vasey's writing style is very easy to read, and his characters are well developed and likeable, and I am very excited to see what action is in store for them in the sequel "Trinity's Fall" which is due to be released later this year.
PA Vasey is now on my list of authors to watch, and I would definately recommend this book to fans of the sci fi genre.

AussieUser
5.0 out of 5 stars A really interesting new series
15 April 2019
Format: Kindle EditionVerified Purchase
A really interesting new series. Having had a look at Kindle page and the author’s website I can see that a trilogy is planned. This 1st book is a mix of sci-fi and lots of fast paced action. I enjoyed it and will be interested to see where it goes from here. The epilogue left me with lots of questions suggesting this story is very far from over. No doubt to be answered in the future 2 books. Thoroughly recommended.
Read more
One person found this helpful
Helpful
Comment Report abuse

Sunshine Reader
5.0 out of 5 stars A great first novel!
23 April 2019
Format: Kindle EditionVerified Purchase
I loved this book!
Lots of hard science integrated with real characters who we care for and backstories that make sense in the big picture.
The author is a well published doctor and scientist and this is apparent in the attention to detail with the medical and science stuff that is going on. that aside it is well laid out and not over complicated for a non scientist like me. I loved the character development in particular how Kate ( the doctor and protagonist) evolves throughout the story from a haunted, empty, bereaved soul to possibly be the saviour of the world. The concepts were explained and the drama nicely progressive and propulsive. There were elements of "The Man who fell to Earth" and "Westworld" which worked well. A great read and I'm looking forward to seeing what happens in the next two books!

MT
5.0 out of 5 stars Neglect everything else, this is well worth dedicating a day to
28 April 2019
Format: Kindle EditionVerified Purchase
Captivated from the get go, this entertaining read did not disappoint. With his vast knowledge and creation of such a dramatic storyline, PA Vasey has written quite the page-turner. Although not a frequent sci-fi reader I found Trinity’s Legacy enjoyable on many levels that has me impatiently awaiting the sequels.
Read more
Helpful
Comment Report abuse

Sci-fime
5.0 out of 5 stars Action packed from opening page!
9 May 2019
Format: Kindle EditionVerified Purchase
This exciting debut novel from PA Vasey is a riveting read and kept me intrigued until the very last page. A clever and sophisticated blend of futuristic tech and fast paced action. Looking forward to the next instalment!
Read more
Helpful
Comment Report abuse

Go to Amazon.com to see all 28 reviews 4.4 out of 5 stars
Get FREE delivery with Amazon Prime
Prime members enjoy FREE Delivery and exclusive access to movies, TV shows, music, Kindle e-books, Twitch Prime, and more.
> Get Started
Back to top
Get to Know Us
Make Money with Us
Let Us Help You
And don't forget:
© 1996-2020, Amazon.com, Inc. or its affiliates