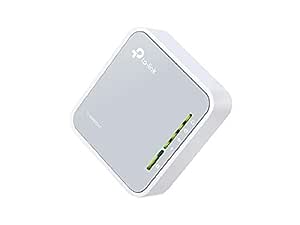 Model: AC750
Expand all Collapse all Technical Details
Expand
Summary : Screen Size, Screen Resolution, Graphics Coprocessor, Graphics Card RAM
Expand
Other Technical Details
Warranty & Support
Amazon.com.au Return Policy: You may return for a full refund for the price you paid within 30 days of delivery any new computer purchased from Amazon that is "dead on arrival", arrives in damaged condition or is still in unopened boxes. Amazon may test or inspect returns. If Amazon finds a customer has misrepresented the condition of a return, Amazon may impose a fee equal to up to 15 percent of the merchandise sales price. Any returned computer that is damaged through customer misuse, missing parts, or in unsellable condition… Read more due to customer tampering may result in the customer being charged a restocking fee based on the condition of the computer. This policy does not restrict or alter any non-excludable statutory consumer protections or rights you may have, including under the Australian Consumer Law. To view full returns terms including return instructions, merchandise-specific requirements and exclusions see our Returns Policy Page. New, used, and refurbished products purchased from Marketplace vendors are subject to the returns policy of the individual vendor.

Model: AC750
With the travel-sized and compact design, TL-WR902AC is small enough to put into your pocket and make sure you can have internet access wherever you go. The mini USB power supply and built-in adapter make it perfect for travellers, students, and anyone else living life on the go. Coming with the next generation Wi-Fi standard – 802.11ac, 3 times faster than wireless N speeds, TL-WR902AC delivers a combined wireless data transfer rate of up to 733Mbps, making it an ideal choice for various applications simultaneously. To meet the wireless needs of almost any situation you might encounter, the TL-WR902AC features Router, Hotspot, Range Extender, Client, and Access Point Modes.

DurmoM
4.0 out of 5 stars Small and portable
4 August 2018
Model: AC750Verified Purchase
Good for people who like to travel. Range in the apartment was good. Let down by loose fitting micro usb power port. Could not push the plug in far enough to lock it in place.
Read more
One person found this helpful
Helpful
Comment Report abuse

chelsea_hotel_no_2
1.0 out of 5 stars Unsupported the day it came out
7 December 2017 - Published on Amazon.com
Model: AC750Verified Purchase
Got this to replace a previous N travel router to take advantage of the less congested 5GHz range. Had a somewhat buggy set up but was able to work around it. Would be a decent travel router, except:

1. It is not possible to disable WPS on the 5GHz radio. To be clear, the admin page lets you set it to off, it just doesn't actually turn it off. WPS is a long broken/insecure protocol that should have been removed years ago, or at least off by default, but this is the worst possible scenario - on by default, can't be turned off, but let's you think it's off so you don't even know there's a problem.

2. This router is vulnerable to the KRACK vulnerability when run in the modes typically used for a travel router, which means it is potentially exposing all of your traffic to your fellow travels.

3. Neither of the above would be that bad as long as they were being addressed, but they aren't. This product appears to have had no updates whatsoever for its US version since its initial release over a year ago. As of this writing, the most recent (and only) firmware version available is from 2016-09-05. This is inexcusable. There are multiple known problems, including an extremely high profile security vulnerability, and nothing is being done.

I don't know how TP-Link can think it is reasonable to abandon a product immediately after its release, but I won't be sticking around to deal with it any longer.
Read more
297 people found this helpful

Jay R. Baker
3.0 out of 5 stars I want to love it, but the physical design seems flawed
4 April 2017 - Published on Amazon.com
Model: AC750Verified Purchase
This is the first AC travel router I've purchased, but also one of the only ones I've seen on the market. I've had it for a few days and put it through some of its paces - configuration, packing for a trip, etc. I want to love this router, but it's just OK. I'm not even sure I'll replace my 2.4Ghz Wireless N travel router with it at this point because of one of its pretty big physical flaws.

PROs:
- As with the other TP-Link travel router I owned, this seems to be a fully functional router in a compact package. It does MAC address access lists for the wireless, DHCP reservation, port forwarding, port range forwarding, DMZ, etc.

- It's almost as small as the 2.4GHz travel routers I have. I have a case that fits my router, a 2 foot flat Ethernet cable, a micro USB cable, and a USB wall wart adapter. This thing fits in that case, taking up only a little more room than my 2.4GHz router did.

- Some other major brand/highly rated travel routers here come with very little in the way of what's needed to work out-of-the-box. This router, like the other TP-Link I had comes with a flat Ethernet cable, a micro USB cable, and a micro USB charger. That means if you order it while away from home, you still have everything you need to get up and running.

CONs:
- There appears to be very little documentation on this router. When I go to TP-Link's United States website, it doesn't even come up in a search. When I searched on the router model in Google, it took me to TP-Link's United Kingdom website. There is a new firmware available for this router, but it says it's EU specific. So, for now apparently there's no US support for firmware or documentation for this router.

- While the wireless MAC address access list is listed as a PRO up above, it's implementation is somewhat of a CON. It gives separate access lists for the 2.4GHz and 5GHz bands. If you want to add a device to both, you have to do it in each place; there's no way to tell the router to add to both lists at the same time. With a medium to large list of devices, this is cumbersome. Also the MAC list can only be seen 9 devices at a time, so searching through the list to make sure everything is on it becomes tedious.

- The micro USB power and Ethernet ports are on different sides of the router. This doesn't sound like a big deal, but when using these things in many different travel environments, and thinking about other travel and even home routers, this isn't really ideal. In some places, I have to put the router near the bed. I've started putting the router in its case, with the power on and running in order to not see the bright, blinking lights at night. The placement of these two cables prevents that from working out.

- The micro USB power port on this router seems to be recessed further inside the unit than it should be. The cable barely plugs into it and I've had it slip out multiple times just by bumping the router. I've tried multiple micro USB cables with it, so I know it's the device. Looking inside the router, it doesn't look like mine has a manufacturing defect, it looks like it's the design. This is the one con that I think will make me either return this router or not use it to its fullest extent. Over time, all of these type of connectors wear and the connection isn't as solid as it was in the beginning (cell phones are a prime example of this). If this thing has a problem with loose connection out of the box, over time it will get worse and probably won't stay in at all without some external device like a rubber band holding it in.

UPDATE 20170420: I ordered a second of these routers just to see if the micro USB port issue was isolated to the first unit I received. Out of the box, I found that the second unit has the exact same issue as the first: the micro USB connector is seated so far into the router that any micro USB cable plugged into it has difficulty staying seated. One cable I had barely "clicked" but did not stand up to any amount of tugging. Another didn't click at all and fell out on its own. The cable provided with the router is no different. Apparently this is a design flaw with the router.
Read more
109 people found this helpful

Primarily Marriott for me but has worked in Hilton properties as well (that I have tested). It literally couldnt be simpler. Set the switch on the side to the middle option (Share Hotspot). Power it up. Logon, go through the wizard. For ISP garbage just select "Dynamic" no user/pass, continue. Then "share wifi" then scan for wifi networks. Connect to the hotel wifi. At this stage you will most likely see about a dozen hotel wifi's with the same SSID. They are ordered from strongest signal to weakest, choose one near the top WITHOUT the password requirement (choose the open one). At that point it will connect, then prompt you to enter SSID for both the 2.4 & the 5.0 G networks. Name your wifi then hit next. It will prompt to reboot. Give it a solid 3 minutes. Connect to one of the two SSID (generally the 5.0 band has higher bandwidth). Open the browser on the connected device and go to a NON httpS URL to force the redirect to the captivate portal logon page. Logon. Connect Multiple Devices to your router... Profit!
Read more
54 people found this helpful

gbcox
1.0 out of 5 stars Amazon shipping old V1 hardware - and it has issues - NOT RECOMMENDED
3 May 2018 - Published on Amazon.com
Model: AC750Verified Purchase
First of all, as others pointed out this unit has old firmware (September 2016), - and is V1 of the hardware. V3 of the hardware has firmware that was created in August 2017, and a recent version - March 2018 which fixes addition bugs and the WPA2 KRACK vulnerability. The problem I have with this unit (V1) is that it keeps dropping connections. I have a N300 which is rock solid, so I've fallen back to that and sending this one back. I've notice this unit is now out of stock - so maybe the V3 units are finally being received. Don't waste your $$$ on the V1 unit.
Read more
50 people found this helpful
Go to Amazon.com to see all 746 reviews 4.0 out of 5 stars
Get FREE delivery with Amazon Prime
Prime members enjoy FREE Delivery and exclusive access to movies, TV shows, music, Kindle e-books, Twitch Prime, and more.
> Get Started
Back to top
Get to Know Us
Make Money with Us
Let Us Help You
And don't forget:
© 1996-2020, Amazon.com, Inc. or its affiliates