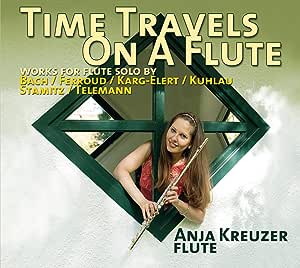 The program of the present album is based on the selection of pieces that Anja Kreuzer played at the 17th International Kuhlau Flute Competition. Anja Kreuzer is 1st prize winner of the International Kuhlau Flute Competition 2017 in the class for Flute solo. The Swiss musician studied at the Royal Academy of Music in London with William Bennett, where she received her Master of Arts degree with distinction. She has been working with the Schleswig Holstein Symphony Orchestra and Theatre, Germany since 2015, where she plays in the position of associate Principal Flute.