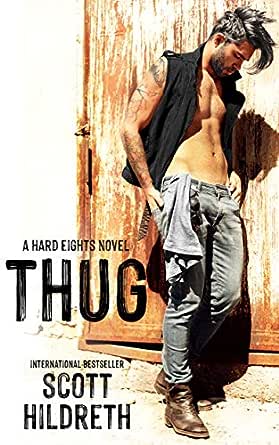 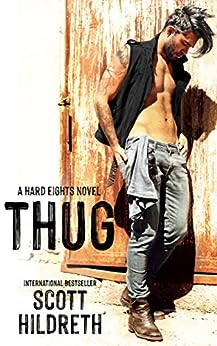 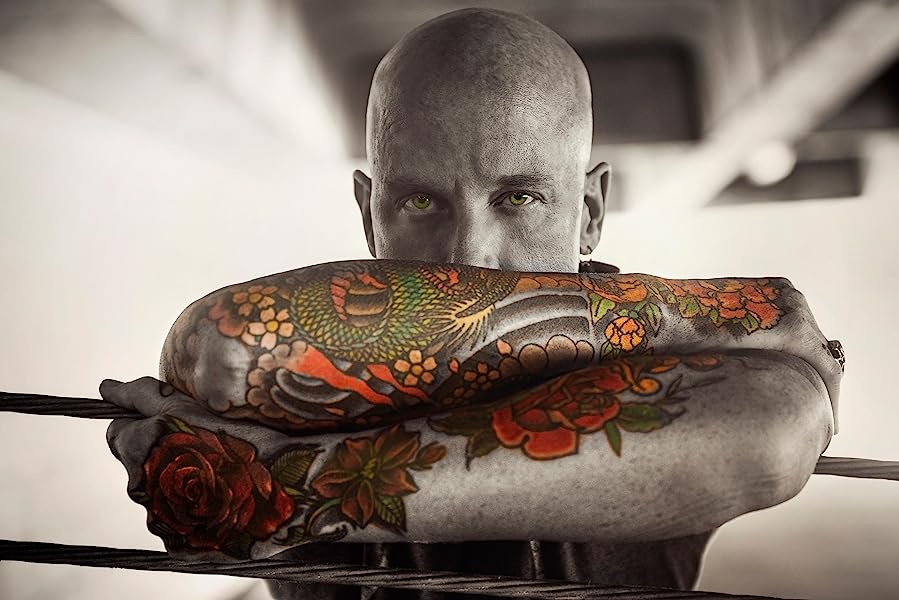 Price McNealy was a modern-day outlaw. He thumbed his nose at society's rules, regulations, and laws, not caring what anyone thought of him, or the actions he somehow justified.

He was also confident, trustworthy, and loyal. When he wanted to make a point, he did so with a brash elegance that I wouldn't expect to come from a self-proclaimed thug.

In short, Price McNealy was trouble.

I had every reason in the world to refuse him service when he sauntered into my bar.

For a fleeting moment, I thought about it. The next thing I knew, I was bent over with my pants around my ankles.

My bar was packed at the time, but I simply couldn't say no to him. When it came to denying Price's desires, I was in trouble.

NOTE: In my haste to publish this work, I initially loaded the unedited manuscript. It has since been replaced with the edited version. I'm terribly sorry for the inconvenience. THUG is a stand-alone romance. It has no sex outside the relationship, no cheating, and no sexual triggers. It ends with an HEA, and is a romance novel in every sense. It does, however, include a sex scene (or two) in a public places. These scenes are consensual, tastefully written and steamy as hell. If sexual depictions as described are beyond your romance reading realm, read the free portion and see if this book is for you before purchase.

The hero in THUG is the president of an outlaw motorcycle club. The book loosely depicts the life of a motorcycle club but does not include non-consensual sex, club whores, sex outside the relationship, cheating, or lying.

Samantha Blundell
TOP 100 REVIEWER
5.0 out of 5 stars Loved it!
6 December 2019
Format: Kindle EditionVerified Purchase
Scott Hildreth is back with a whole new club of bikers to love! THUG was such a fantastic read. The story was captivating and I couldn’t get enough of it. In face, I am writing this review at 4am because I could not put it down! I laughed through this book, I was in the edge of my seat through this book, I just thought it was absolutely fantastic!

The characters I love already. Gray was such a great heroine. Strong, feisty, determined. She was exactly what our hero needed. Price was hard not to love. I fell for his character instantly. I freaking love him. His back story breaks my heart.

I can’t wait to find out more about the Hard Eights guys! I am really looking forward to the next book, that’s for sure!
Read more
Helpful
Comment Report abuse

Wendy Smith
5.0 out of 5 stars Thug Hard Eights MC
6 December 2019
Format: Kindle Edition
Once again I’ve been blown away by one of Scott’s books. He is truely an amazing story writer. 100% recommendation for this book❤️
Read more
Helpful
Comment Report abuse
See all 2 customer reviews
Write a customer review

Beckyrae99 (Becky Wise)
5.0 out of 5 stars Go one click this new MC series
5 December 2019 - Published on Amazon.com
Format: Kindle EditionVerified Purchase
Scott Hildreth does it again with this new MC series. I just loved Thug so much. I had a huge smile on my face the entire time I read this one. I'm so excited about this new series and you are going to love the men of Hard Eights MC. Gray is just fabulous and I want to be her. She has this mix of sweetness with that draws you in. Price what can I say about him other then his Alpha ways will leave you fanning yourself throughout Thug. I love how Price treats the men in the Hard Eights. The antics Gray and Price pull will make you laugh out loud bc you know pay back. You want to know what it is then you really need to read this. I mean seriously it is a Scott Hildreth book and he's giving you a new series why not jump in for the beginning of this. I couldn't put this down at all. I can't wait for more to come.
Read more
6 people found this helpful

Janine D.
5.0 out of 5 stars So much more than the blurb lets on . . .
6 December 2019 - Published on Amazon.com
Format: Kindle EditionVerified Purchase
All Gray Forrester wanted was to run a successful biker bar and have a family of her own one day. While she had the bar and it was doing okay, everything changed the day the president of a rival club walked through her doors.

Price McNealy, outlaw and president of the Hard Eights doesn’t trust many people. After he runs a rival club out of town, Price decides that Gray holds more than a little interest for him, which is rare when it comes to women and decides to have his club patronize her bar. What happens from that point on is nothing short of spectacular.

Don’t judge this book by the blurb. Heck ya, it is hotter than hot, but there is so much more. It’s not all about sex, but the forming of a loving relationship between two people that have no reason to trust one another. It’s watching a club of hardened outlaws come to care for a woman as their sister. And, it’s learning to not judge an outlaw by what laws he breaks, but why he breaks them.

The cast of characters is fabulous and unexpected. I can’t wait for Panzer and Briscoe to get their own books (pretty please, Scott?) And, Cactus Jack was as spectacular as he was surprising and added so much to Price’s story and background.

With an off the charts heat level, humorous banter, a kidnapping, some revenge and a bar full of outlaw bikers, Thug was one of my favorite Scott Hildreth books to date and I cannot wait for more in the Hard Eights series! 5 stars!
Read more
2 people found this helpful

Amanda Rowell
5.0 out of 5 stars Amazing new MC series!!
5 December 2019 - Published on Amazon.com
Format: Kindle EditionVerified Purchase
Wow, I am loving this new series. The Hard Eights series is going to be so good, I am already in love with Thug. This entire book gives you such a warm feeling. I don't care that it's an MC book it is still one of my favorite books for this year. Price and Gray's story is one that will touch your heart. These two have gone through so much in their lifetime and couldn't be more perfect for each other. Gray is a sassy, feisty bar owner that kinda falls for Price when she first sees him. She has heard his story before meeting him but once hearing his side and the truth she falls for him even more. These two fit so perfectly together and I can't wait to see what book is next.
Read more
3 people found this helpful

Debbie
5.0 out of 5 stars Thumbs up for another great book by this author.
7 December 2019 - Published on Amazon.com
Format: Kindle EditionVerified Purchase
Thug is the first book in the new Hard Eights MC Series. I was excited to get a new book by SH and fell in love with all these new characters instantly.

Price McNealy is the president of the MC. He has a terrible temper and doesn’t trust others easily. However he’s a good guy and a very likeable leading man. Gray Forester is a beautiful, spitfire bar owner with a smart mouth. She’s not intimated by Price or the other members of the MC, and was a fun, endearing character.

There is very little drama and a sweet, happy ending. We meet a number of great secondary characters that I liked very much, and am looking forward to reading each of their books. Thumbs up for another great book by this author.

Diane Jaeger
5.0 out of 5 stars Surprise release
5 December 2019 - Published on Amazon.com
Format: Kindle EditionVerified Purchase
Love starting a new series with Scott. He brings A game every time. Getting a peek at all the extras and who will be next.
Raw, realistic, going from zero to over a hundred in less time to turn the page. Everything about this book made me want to jump in the deep end and read it again and again and again. Love a the quirky thoughts and statements in this awesomely wonderful book. I'll alway be amazed how Scott can create such believeable characters.
Read more
3 people found this helpful
Go to Amazon.com to see all 79 reviews 4.7 out of 5 stars
Get FREE delivery with Amazon Prime
Prime members enjoy FREE Delivery and exclusive access to movies, TV shows, music, Kindle e-books, Twitch Prime, and more.
> Get Started
Back to top
Get to Know Us
Make Money with Us
Let Us Help You
And don't forget:
© 1996-2020, Amazon.com, Inc. or its affiliates