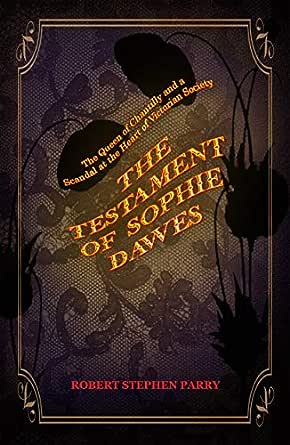 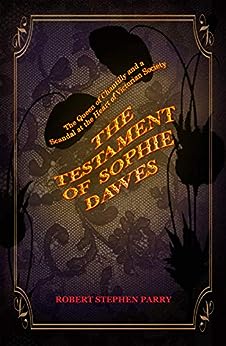 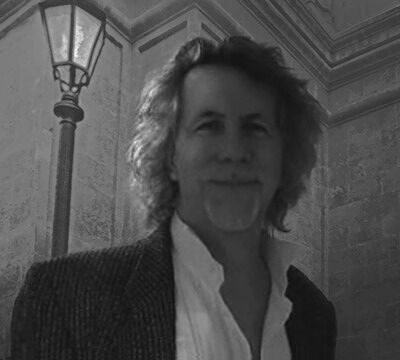 THE TESTAMENT OF SOPHIE DAWES: The Queen of Chantilly and a Scandal at the Heart of Victorian Society Kindle Edition

Robert Stephen Parry is a UK writer of historical fiction, bringing you stories from a wide range of time periods, from Tudor & Elizabethan, through 18th-century Georgian, right up to the era of Victorian England and the Belle Époque. Well researched and vivid historical settings combine with unusual elements of mystery, romance and magical realism. For more, please visit: robertstephenparry.com --This text refers to an out of print or unavailable edition of this title.

Elhv2015
5.0 out of 5 stars Would love a follow up novel!
Reviewed in the United Kingdom on 2 May 2016
Verified Purchase
Superb book!
Purchased due to reviews from Kirsty Stonell Walker and Stephanie Pina on their Pre-Raphaelite blogs.
Really interesting format with it being a typed up diary. Wasn't sure at first but really nice to be able to pick up and put down rather than feeling forced to finish a chapter. Never too much babbling either. Really concise. Genuinely appreciated the index of historical figures at the beginning of the book to refer to and their backgrounds.
Would highly recommend for anyone interested in the Victorian era.
What an interesting read with a suprise ending!
Read more
2 people found this helpful
Report abuse

Arleigh C. Johnson
5.0 out of 5 stars Intriguing and satisfying read from a fascinating era!
Reviewed in the United States on 4 May 2016
Verified Purchase
During the Victorian era, a few months after Prince Albert’s untimely death, an archivist arrives at the Queen’s residence of Osborne House on the Isle of Wight. His job is to sort documents and file leftover memorandum that the staff had already sifted through and depleted of personal and sensitive information. This gentleman, who was never named, kept a diary to detail his hobby of observing nature and it’s in this format that the story is related. However, it’s not only birds, flowers and weather he records. Upon settling in his own rented house in St Helens–a good distance from Osborne House–he happens upon an elderly lady walking the Duver. She begins telling the story of a woman who lived in France in the aftermath of the French Revolution and Napoleon Bonaparte, some 50 years in the past. When he comes across a letter at Osborne containing a striking similarity to the lady’s story, including a great royal scandal, he finds himself ostracized at work and questioning his mental facilities at home. The woman, whose ever-changing physical appearance plagues his waking hours as well as his dreams, claims to be a courtesan of a bygone age. As our narrator obsessively delves more deeply into the history, he begins a downward spiral into an intrigue that interferes with his professional and person life, and ultimately, his very sanity.

One theme of this multi-faceted story is the juxtaposition of the gloomy and rigidly moral atmosphere of the Victorian era with the salacious court of Louis XVIII’s newly restored monarchy in France. As the collection of leftover Bourbon kings each take their turn on the throne, their English neighbors transition from the decadence of the Georgian era to a more family-oriented, decorous lifestyle. With the added gloom due to Queen Victoria’s beloved’s demise, the English court was a dour place indeed. Our narrator begins the story a straight-laced and extremely proper gentleman, but with each visit with his mysterious lady friend, gravitates toward that which he holds in contempt–all the while grappling with his inner demons.

The history of the story includes an interesting conspiracy theory involving the Bourbons. Unfortunately I cannot elaborate without giving away the story, and so I will leave for you to discover, readers. Nature lovers will find a great deal of information regarding the wildlife, flowers and weather patterns of the Isle of Wight, as well as a minute description of St Helens and its unique area called the Duver. Even if you’re not interested in that sort of thing, there is also the mystery surrounding the lady, and a hint of mystical intrigue. With a fast-paced and naturally flowing storyline followed by a stunning ending, I found this to be a most satisfying read, and count it my favorite from Robert Stephen Parry!
Read more
3 people found this helpful
Report abuse

Lisa Ann Davis
5.0 out of 5 stars How To Make History Come Alive
Reviewed in the United States on 10 May 2016
Verified Purchase
Robert Stephen Parry has a way of writing that both entertains and informs the reader about historical events. I feel like I am watching history unfold before me. This novel is a great way to learn more about Victorian society as well as the aftermath of the French Revolution. Add a mystery story and you get a story that is hard to put down! I would recommend this book to anyone who enjoys historical fiction.
Read more
One person found this helpful
Report abuse
See all reviews
Back to top
Get to Know Us
Make Money with Us
Let Us Help You
And don't forget:
© 1996-2021, Amazon.com, Inc. or its affiliates