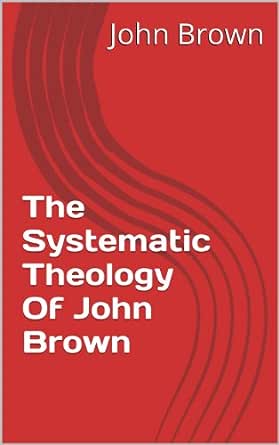 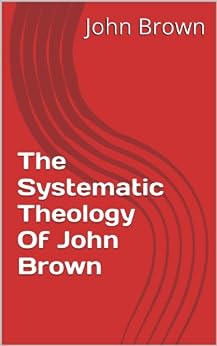 "John Brown of Haddington (1722-1787) is an honoured name in Scottish church history. For 36 years he ministered to an Associate Presbyterian congregation, and for 20 of those years he was also the denominational professor of divinity. Students came to Haddington for a restricted number of weeks, and then went away to carry on their studies that the professor had prescribed. The introduction to this reprint gives a good overview of Brown's life and work, while the study itself is a facsimile reproduction." -- Allan Harman, the Reformed Theological Review "Eighteenth Century Scotland produced many noted ministers, scholars and educators, but none greater, or so greatly loved in his own day or afterwards, as John Brown of Haddington. It is a thrill and delight to see this excellent title reprinted and available once again to the Christian public. It is an incredible work, and ministers and preachers in particular, ought not to begrudge a single penny spent on the purchase of a copy. Every bible truth in all its relevant parts is stated and explained and carefully laid out, with each phrase precisely crafted. At each point, there are copious Bible references, leaving the reader in no doubt thatwhat Brown has set before us has its roots in the Word of God. This is a well-produced edition with clear print, and is a pleasure to own. One final comment: this volume ought to be required reading for every candidate for the Christian ministry." -- Bible League Quarterly (January - March 2005) ... shows an astonishing grasp of Biblical theology coupled with a deep acquaintance with its divine subject. A magnificent work! -- Peace and Truth Magazine "John Brown does not want you to be amazed at his story, intellect or far-reaching understand of theology. He wants you to look at Scripture for yourself and be amazed at its comprehensive theological tapestry woven from Genesis to Revelation. Brown's intention is nothing short of making you "mighty in the Scriptures." This, by God's grace, is what makes The Systematic Theology of John Brown of Haddington special." -- Tony Reinke, Takeupandread.com --This text refers to an out of print or unavailable edition of this title.

Victor Czerwinski
5.0 out of 5 stars Page wonderful find
Reviewed in the United Kingdom on 13 January 2014
Verified Purchase
Haven't heard of John Brown before being mentioned by Pastor Brian Borgmsn in his sermon. Glad I could find it on Amazon
Read more
Report abuse

Chris Cole
4.0 out of 5 stars It's hard to improve on a classic!
Reviewed in the United States on 19 December 2010
Verified Purchase
Brown was the professor of theology of the Associate Synod of Scotland (often referred to by the nickname "Seceders") in the mid-Eighteenth Century. This book arose from years of classroom notes. One thing that I found particularly interesting was that Brown was brought to trial for allegedly teaching universal atonement, while he clearly teaches particular atonement in this book. No doubt that was why the synod ruled that the accusations against him were groundless.

Brown's approach was classic Reformed and covenantal, consistent with the Westminster Standards. He makes short statements, each followed by a series of scripture proofs. In fact, the Scripture references come to almost 30 thousand in the course of the book. The format doesn't lend itself to armchair reading; the short, jerky statements separated by scripture references make it impossible to have smooth reading experience. This and the occasional anachronistic and Latinate theological terms definitely limit its readability. On the other hand, the format is perfect for quick glances with supporting scripture references for polemical use.

In addition to the lack of readability, the book's usefulness is limited by its lack of an index, and especially a lack of a scripture index. In contrast, it does have a a very detailed table of contents.

Some of Brown's Seceder compatriots wrote theological manuals more oriented toward the average man in the pews. Ebenezer Erskine, his brother Ralph Erskine, and E.'s son-in-law James Fisher wrote  The Assembly's Shorter Catechism Explained: By Way of Question and Answer ... in Two Parts: I. of What Man Is to Believe Concerning God. Ii. of the Duty Which God Requires of Man , and Thomas Boston used the same format for  An Illustration of the Doctrines of the Christian Religion: With Respect to Faith and Practice, Upon the Plan of the Assembly's Shorter Catechism. Comprehending ... the Manuscripts of ... Thomas Boston, .. .

Robert Mattes
5.0 out of 5 stars Excellent Systematic Theology
Reviewed in the United States on 5 May 2009
Verified Purchase
John Brown of Haddington's Systematic presents the timeless Christian truths in an unusual organization. Unlike most systematics, Brown organizes his around the covenants. Some modern errors try to hijack the covenants and attempt to drive an artificial wedge between the fields of Biblical and Systematic Theology. Brown reaches out from the 19th century to expose such errors in the bright light of Scripture.

Using a covenantal formulation, Brown lays out classic Reformed Theology with copious Scriptural support at every point. For example, Brown masterfully ties Union with Christ directly to Effectual Calling within the context of the Covenant of Grace in a way that directly refutes some modern theological errors at their heart. A man devoted to his Savior, Brown ends many chapters with devotional reflections appropriate to the chapter's material.

There are a number of good Reformed Systematics in my library, but I consistently find myself turning to John Brown's Systematic first. You will, too.
Read more
7 people found this helpful
Report abuse

MIke Keena
5.0 out of 5 stars what a treasure!
Reviewed in the United States on 29 April 2015
Verified Purchase
What a treasure! So glad to have gotten this rare gem at such a great price, and in excellent condition.
Read more
Report abuse
See all reviews
Back to top
Get to Know Us
Make Money with Us
Let Us Help You
And don't forget:
© 1996-2021, Amazon.com, Inc. or its affiliates