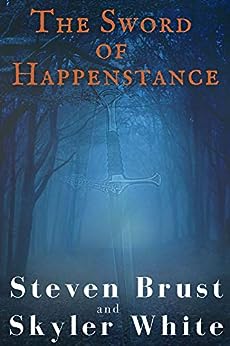 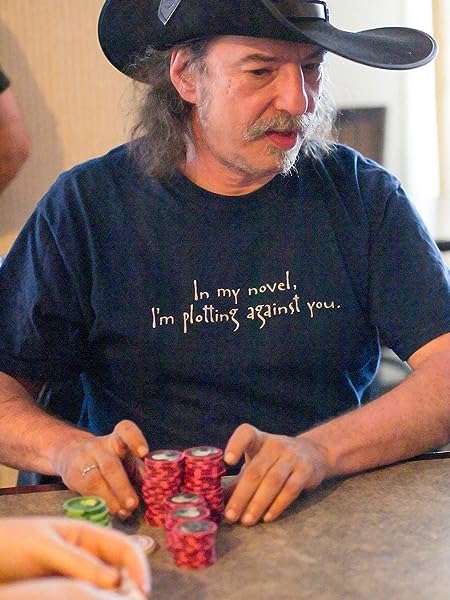 The Sword Of Happenstance Kindle Edition

Phil Stracchino (Technical Thug)
2.0 out of 5 stars Very disappointing book, even when considered as young-adult fiction
Reviewed in the United States on 7 June 2021
Verified Purchase
Steven Brust is a magnificent author with a huge list of beloved books to his name. You can't go wrong with any of his Dragaera stories, just for starters.

Skyler White is also an excellent writer, and Brust and White have put together a number of very good collaborations, notably the Incrementalist series.

This is not their best work. It's not their second-best work. In fact, it's not their fourth-best work. As a matter of fact it is the only book with Steven Brust's name on it that I have ever put down because I just couldn't find the will to read any more of it.

Imagine you're going to a stand-up comedy show. Never mind whether that's anything you'd ever do or not, just pretend for a moment. Only by about five minutes into the show, you've already realized that all of the comic's jokes have the same punchline. And the punchline isn't even really funny, certainly not after about the first six or seven times.

Yes, OK, we all know Who's On First. And Brust and White wouldn't be the first authors to toss in a Who's On First cameo. But dear mother of gods, eighty pages later we're STILL IN Who's On First. That's at least forty pages after it became simply tiresome. Yes, yes, we get it, Who's On First, now please get on with the story.

But that's not the worst of it. As I said, I made it about eighty pages in and FOR THE LOVE OF MERCY, would EVEN ONE of the principal characters for JUST FIVE MINUTES please put down the idiot ball and step away from it?!? I'm truly not certain whether the brightest member of the party is the fairy who is also a bat and also a hat and also a dish rag and, well, fill in the blank (another gambit which this book over-uses to the point of beating it to death), or the sword. It doesn't read like a Brust/White collaboration. It reads like bad fanfic. So much of it is just wearyingly, relentlessly stupid.

There's been about three books in my life that I've had high expectations of, but reached a point where I just put them down without finishing them because I couldn't bear to make myself read another page. I never dreamed that Steven Brust's name would ever be on one of them, and his name would not be among those I'd take a guess at if I was handed this with the author's name covered up. My first guess would probably be Eoin Colfer.

Now, if you like Eoin Colfer's writing, then you might like this book. But I'm going to go out on a limb and predict that if you like Steven Brust's writing — or perhaps I should say his *other* writing — then you almost certainly won't.
Read more
2 people found this helpful
Report abuse

Peace reigns throughout the kingdom, and the new King will soon choose his new bride. But all is not as it seems in the Duchy of Greenmere. When a common youth accidentally acquires a magical sword, and meets a young witch just discovering their power, the pair quickly run afoul of a false King, a Dragon, a pair of witches, and the sinister inquisitor known as "The Question".

Just not in quite the way you would be expecting.

Sword play battles with wordplay, gender roles are turned upside down (and occasionally turned sideways), and individual perception struggles against the increasingly unlikely possibility of objective truth in this charmingly wrought story that is never quite what you expect.

Skyler White and Steven Brust delight in weaving a morality play unlike any you've seen before, with lessons and questions made for our modern times. A quick, thoroughly enjoyable read, with more questions than answers. But in a good way. A very good way.
Read more
3 people found this helpful
Report abuse

Matthew Legare
5.0 out of 5 stars A Ride, A Dance, A Riddle… and stories
Reviewed in the United States on 27 June 2021
Verified Purchase
In a tale told by two, with six (or more?) perspectives, language that whirls you about till you’re dizzy and giggling and an ending as unexpected as it is inevitable, settle in and let Grandma and Grandpa tell you of a Kingdom, a False King, a True Heir, several witches, songs, stories, an impenetrable accent and at least one Question.
Oh yes, and a magic sword with somewhere between one and four edges.
Highly recommended.
Read more
Report abuse

Liz H
4.0 out of 5 stars A twisty turny tale
Reviewed in the United States on 4 May 2021
Verified Purchase
Who is what everyone keeps asking. The answers will surprise you. Take a chance. Try the book. Find a new reality.
Read more
One person found this helpful
Report abuse

Carnito42
5.0 out of 5 stars A wild ride!
Reviewed in the United States on 15 September 2021
Verified Purchase
I really enjoyed this one. There is a ton here to unpack! I look forward to rereading this to catch all of the things I have missed!
Read more
Report abuse
See all reviews
Back to top
Get to Know Us
Make Money with Us
Let Us Help You
And don't forget:
© 1996-2021, Amazon.com, Inc. or its affiliates