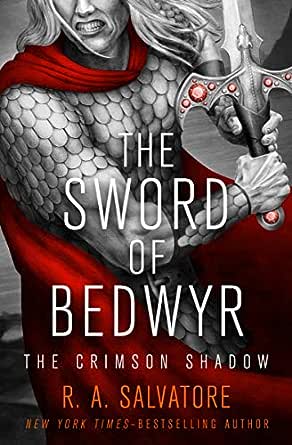 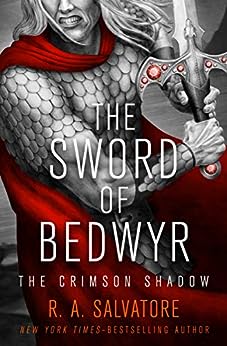 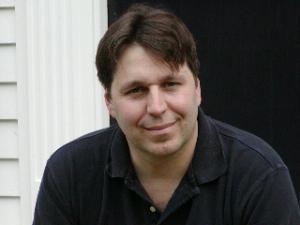 The Sword of Bedwyr (The Crimson Shadow Book 1) Kindle Edition

"Salvatore describes and choreographs battle scenes better than any other contemporary fantasist, as this first tale of the adventures of Luthien Bedwyr amply demonstrates." ---Publishers Weekly --This text refers to an out of print or unavailable edition of this title.

For twenty years, the once proud lands of Eriador have lain, conquered and suffering, under the despotic and demonic power of the evil Wizard-King Greensparrow and his legions of monstrous cyclops soldiers. The dwarves and Fairborn elves are slaves; humans fare little better.

Arena fighter Luthien Bedwyr is too young and privileged to understand Greensparrow's oppression. Then one night he seeks justice for a friend's murder, only to find himself a fugitive, pursued by Greensparrow's thugs.

It is a flight that will turn into grand adventure, a magical odyssey full of sorcery and danger as he embarks upon a quest to free the masses from the excesses of Greensparrow's henchmen, thereby becoming a legendary hero…

"Bob Salvatore is a writer to watch"
TERRY BROOKS

"A world of depth and humanity, filled with colour and sound"
TRACY HICKMAN

R. A. Salvatore is the acclaimed author of the DemonWars trilogy--"The Demon Awakens," "The Demon Spirit," and "The Demon Apostle"--as well asthe "New York Times" bestseller "Vector Prime," an entry in the Star Wars: The New Jedi Order series.
David Drummond has been narrating audiobooks for a few years now and hopes one of these days to get it right. He much prefers dead authors and live audiences. --This text refers to an out of print or unavailable edition of this title.
Read more

OncDoc
4.0 out of 5 stars The author is enough
Reviewed in the United States on 3 September 2019
Verified Purchase
This is so Salvatore! This is a good thing since he is one of the 2 or 3 best fantasy writers & always writes terrific books.his main character Luthien teams up with a halfling & becomes a “thief” ultimately turning into a savior of sorts. Like his other books his stories have continuity & his characters are most interesting. Ready for book 2
Read more
One person found this helpful
Report abuse
See all reviews
Get FREE delivery with Amazon Prime
Prime members enjoy FREE Delivery and exclusive access to movies, TV shows, music, Kindle e-books, Twitch Prime, and more.
> Get Started
Back to top
Get to Know Us
Make Money with Us
Let Us Help You
And don't forget:
© 1996-2020, Amazon.com, Inc. or its affiliates