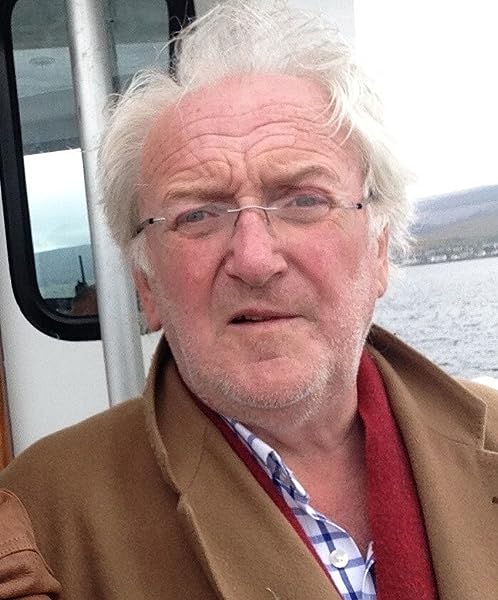 By My Sword Alone: A thrilling historical adventure full of romance and danger (1) Paperback – 29 April 2021

by David Black (Author)
4.0 out of 5 stars 79 ratings
See all formats and editions
Sorry, there was a problem loading this page. Try again.

The Battle of Glenshiel, 1719. Thirteen-year-old James Lindsay watches the action unfold as the Jacobite forces supported by his family are defeated. For the rebels, it is the beginning of the end. But for James, forever marked by the battle, it is truly just the beginning.

Later, forced to flee Scotland, James finds himself on the European mainland and eventually in the Roman palace of his own 'king'. There, he experiences all kinds of adventure, from the romantic to the brutal. Chastened by time and experience, he gradually loses the naivety of youth and takes a more mercenary approach as the great events of history unfold.

Yet all the while, he is aware of developing philosophies and how they are extending, slowly, into the lives of men and women - and monarchs. On he battles, through the Age of Enlightenment - until he meets a woman who challenges everything ...

By My Sword Alone is a striking blend of historical novel and psychological profile that immerses readers in the thought, politics and bloodshed of eighteenth-century Europe. It will please David Black's many fans and likely win him many more.

David Black is a former Fleet Street journalist and television reporter, and author of the popular Harry Gilmour series of novels. He lives in Ayrshire.

David Black is the author of the best-selling Harry Gilmour series set in the Royal Navy submarine service during World War Two. He also wrote the novella All the Freshness of the Morning, a fictionalized account of President John F. Kennedy's epic World War Two service as Skipper of the US Navy torpedo boat PT-109 in South Pacific. Black is a former UK national newspaper journalist and TV documentary producer. He now lives in Argyll and writes full time. Learn more about him and his books by visiting his website: www.theblackscribe.co.uk
Start reading By My Sword Alone on your Kindle in under a minute.

David Black is the author of the “Harry Gilmour” novels set in the Royal Navy submarine service during World War Two.

His latest novel, "By My Sword Alone", however, follows the fortunes of 18th Century soldier of fortune, Chevalier James Lindsay.

A seventh Harry Gilmour novel, "The Spray That Salts Us All", is due for publication late in 2022 from Lume Books.

David Black also wrote the novella "All the Freshness of the Morning", a fictionalized account of President John F. Kennedy’s epic World War Two service in the South Pacific as Skipper of the US Navy torpedo boat PT109.

Learn more about him and his books by visiting his website: www.theblackscribe.co.uk

4.0 out of 5 stars
4 out of 5
79 global ratings
How are ratings calculated?
To calculate the overall star rating and percentage breakdown by star, we don’t use a simple average. Instead, our system considers things like how recent a review is and if the reviewer bought the item on Amazon. It also analyses reviews to verify trustworthiness.

There are 0 reviews and 18 ratings from Australia

Stuart Gulleford
2.0 out of 5 stars I miss Harry Gilmour
Reviewed in the United Kingdom on 11 July 2021
Verified Purchase
I was a huge fan of the Harry Gilmour series and had high expectations for this new series. Unfortunately, the first one is a disappointment. Too many tedious conversations that seem to last forever with endless philosophising. I had a real struggle to get to the end. The action sequences are few and far between. I haven’t warmed to James Lindsay either. Too self absorbed and not particularly likeable.

My other significant criticism relates to the acute need for the text to be accurately proof read! Little words like ‘as’ and ‘a’ are frequently missing and it seems to get worse in the second half of the book.
Read more
Report abuse

Mark I. Grant
4.0 out of 5 stars Historical adventure in the first half of the 18th Century
Reviewed in the United Kingdom on 15 August 2021
Verified Purchase
I greatly enjoyed this (I hope first installment) of young Lindsay's adventures from the highlands of Scotland through Europe to the struggle for the Polish crown.

Well written, full of action and historical titbits in an age often overlooked by authors. A great read and has lead me to pick up a couple of historical books of that era to lean more. That coupled to the fact I cant wait for a second outing says it all.
Read more
Report abuse

Kindle Customer
4.0 out of 5 stars An intricate and absorbing historical tale
Reviewed in the United Kingdom on 18 June 2021
Verified Purchase
An intricate and little known historical background to an equally intricate and well-woven story which gallops maybe a little too quickly through its era, and through the timespan of its hero. However, like anything crafted by David Black it is well worth reading.
Read more
Report abuse

Timbo
4.0 out of 5 stars Interesting Story
Reviewed in the United Kingdom on 10 May 2021
Verified Purchase
It took a while to get going with this book. But when I did, I very much enjoyed it. I like the history based approach. In this book one is made aware of self-seeking, political manoeuvres that carry on continually behind the scenes.
Read more
One person found this helpful
Report abuse
See all reviews
Back to top
Get to Know Us
Make Money with Us
Let Us Help You
And don't forget:
© 1996-2021, Amazon.com, Inc. or its affiliates