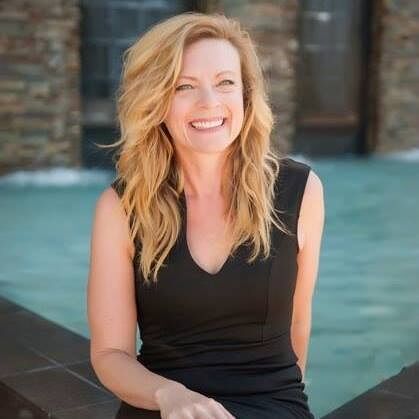 by Shirley Jump (Author)
5.0 out of 5 stars 8 ratings
See all formats and editions
Sorry, there was a problem loading this page. Try again.

Page 1 of 1 Start overPage 1 of 1
Previous page
Next page
Start reading The Sweetheart Rules (A Sweetheart Sisters Novel Book 2) on your Kindle in under a minute.

Shirley Jump is the New York Times and USA Today bestselling author of more than 25 contemporary romance novels, including the Sweet and Savory novels (The Bride Wore Chocolate, The Devil Served Desire, The Angel Tasted Temptation, and The Groom Wanted Seconds), and the McKenna Brothers novels (One Day to Find a Husband, How the Playboy Got Serious, and Return of the Last McKenna). She spends her days writing romance and women's fiction to feed her shoe addiction and avoid cleaning the toilets. She cleverly finds writing time by feeding her kids junk food, allowing them to dress in the clothes they find on the floor, and encouraging the dogs to double as vacuum cleaners. The Sweetheart Rules is the second in the Sweetheart Sisters series, following The Sweetheart Bargain.

RJ2B's
5.0 out of 5 stars So good! *Some spoilers*
Reviewed in the United States on 11 April 2014
Verified Purchase
This was a great read for me! I read the first novel in this series, The Sweetheart Bargain, and while I did like it I kept thinking I wanted just a little bit more from the book. This book gave me that MORE! I loved watcing both Matt and Diana struggle with parenting issues and how they were almost parenting together without even realizing it. There was a ton of chemistry between the two of them, and for a time they were willing to ignore it for the sake of being parents, but they finally gave in and it was great! This story was sometimes easy, sometimes sad and it delivered the happily ever after I needed.

Matt was not a good father, he realized this about himself and what made this flaw palatable for me was the fact that he was working so hard to change. I thought little Ellie was hilarious, but it was much more difficult to read about Jenny. She was way too young to act like the adult, but she had to make up for a mother that was never around and a father she had only seen a few times. It was very sweet to watch Matt and Jenny find their way together.

I was sad every time the story went to Diana's son Jackson's struggles. Although most of us can sympathize with normal teenage angst and the drama that goes along with it, Jackson also has to deal with a father that is unwilling to give him the time of day. In the end, he had to see for himself what his dad was really like and Diana had to stop making excuses for his behavior. This experience made them closer than ever and was the first stop on the road to HEA for Matt and Diana.

All along I thought Matt would be the one to run from the relationship at the end but I was wrong. Although I will admit to some annoyance that this was pretty much what happened in the first Sweetheart Sisters novel, I was able to get over it quickly when I thought about it for a while and realized it made sense that both sisters would have some abandonment issues.

C.A. Szarek
5.0 out of 5 stars AWESOME!!
Reviewed in the United States on 9 March 2015
Verified Purchase
This book sucked me in from page one. And made me laugh right off the bat! Which is the best way to cinch me!

I loved that the hero is a harried dad not used to hanging with his kids. He was charming and sarcastic in his internal thought and hilarious.

I loved that the heroine has depth to her. Her part of the first chapter when she gets home really let you see who she is even barely on.

As I read on, very early in chapter 4 it was apparent to me that the hero's daughter, who is eight years old, is much older than eight on the page. The three-year-old daughter at least acted her age but the words and attitude from the elder are more like 13 or 14 and therefore to me not credible. Not to mention I think it was taken a little bit too far that the girls miss behave with their dad. I started to get irritated instead of amused. If he's this big tough Alpha guy he needs to have more discipline with them. Especially since he was in the military. So it was another notch to not credible for me.

As of the continued and continued to make me laugh as well. Especially grandma Greta. The 8-year-old continued to be too grown-up and that continue to bother me.

But I really like the characters are can I like how quickly Mike started questioning what he wanted. The sexual tension between Mike and Diana was fantastic from the start.

The steamy parts were awesome & I was surprised because there were tearjerking parts too! It got me when I least expected it.

OMG I loved this book. I couldn't put it down, and I ADORED how it ended. Perfect! I can't wait to check out the others in the series!
Read more
Report abuse

January George
5.0 out of 5 stars Sweet book!
Reviewed in the United States on 20 April 2017
Verified Purchase
This was an excellent story, great emotional depths and some surprises! It actually made me cry a few times! Highly recommended!
Read more
Report abuse

James Latham
5.0 out of 5 stars Five Stars
Reviewed in the United States on 9 July 2014
Verified Purchase
this was a great read and loved it!!
Read more
Report abuse
See all reviews
Back to top
Get to Know Us
Make Money with Us
Let Us Help You
And don't forget:
© 1996-2021, Amazon.com, Inc. or its affiliates