Sweetheart: A Gretchen Lowell Novel 2 and over 1.5 million other books are available for Amazon Kindle . Learn more
Share <Embed> 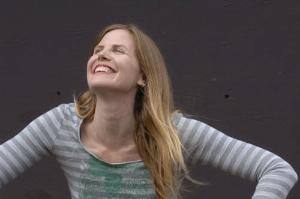 Page 1 of 1 Start overPage 1 of 1
Previous page
Next page
Start reading Sweetheart: A Gretchen Lowell Novel 2 on your Kindle in under a minute.

4.5 out of 5 stars
4.5 out of 5
240 global ratings
How are ratings calculated?
To calculate the overall star rating and percentage breakdown by star, we don’t use a simple average. Instead, our system considers things like how recent a review is and if the reviewer bought the item on Amazon. It also analyses reviews to verify trustworthiness.

Suzan
2.0 out of 5 stars Chelsea Cain - Sweetheart
Reviewed in the United Kingdom on 26 July 2008
Verified Purchase
The first few chapters draw you in - the discovery of a body in the woods, the reporter, Susan Ward, about to tell all on Senator Castle and then his sudden accidental death and Detective Archie Sheridan re-building his life after the serial killer, Gretchen Lowell.
After that the plot falters with the story line focusing on the Gretchen-Archie relationship form the first book, Heart Sick. This relationship between killer-victim is disturbing but it is not deep enough to be an edge of the seat psychological thriller.
The main characters are not sufficiently developed, it's more of the same and the murders added in this novel are solved as an aside. There is a mysterious child who appears twice but this doesn't go any where.
I also found the style of writing simplistic to the point that it disturbs the flow both in dialogue and prose.
This is so disappointing after the first novel which was a promising debut.

Michael Watson
4.0 out of 5 stars Second time around
Reviewed in the United Kingdom on 25 July 2008
Verified Purchase
I was looking forward to book 2 featuring Archie Sheridan. I didn't expect one of the few female serial killers in modern thrillers to feature quite so heavily. That Gretchen Lovell is a nasty yet confusing character does add to the thrill of the chase. That this book is almost - but not quite - an add-on from Heartsick means that you don't really need to have read the first book before involving yourself in this. In fact, if you hadn't read number 1, this thriller would be a better read!!

I was disappointed, really, although I enjoyed the experience. Chelsea Cain is a good contemporary author with a penchant for gruesome killings in her books. Archie is a detective whose character can be developed but whether I want to read a third novel featuring these two at it yet again is a moot point. Let's have closure on Gretchen Lovell and a way forward for Archie to show us that he is more than just a scarred body - physically and mentally.

Pencraig
5.0 out of 5 stars Fantastic!
Reviewed in the United Kingdom on 3 March 2018
Verified Purchase
Not sure what it says about me but this book was every bit and disgustingly horrible as the first and it had me gripped from the first page. Strong characters well drawn, horror, drama, humour and a fascinating glimpse of madness and self destruction. Irrisistable.
Read more
One person found this helpful
Report abuse

Sez Les
5.0 out of 5 stars Getting to the heart of the matter
Reviewed in the United Kingdom on 18 March 2018
Verified Purchase
A serial killer to rival the best ,cold.. calculating..intelligence off the scale. The play between the protagonists is inviting. The dogged detective Archie determinded to catch Gretchen has you on the edge of your seat as they battle against each other
Read more
Report abuse

Gail
5.0 out of 5 stars Was given Heartsick which is the first book in this ...
Reviewed in the United Kingdom on 6 June 2017
Verified Purchase
Was given Heartsick which is the first book in this series. At first didn't realise there was a series following Gretchen Lowell and Archie Sheridan. Now I am hooked and have already read this book being number 2 in the series. Just can't put these books down.......
Read more
Report abuse
See all reviews
Get FREE delivery with Amazon Prime
Prime members enjoy FREE Delivery and exclusive access to movies, TV shows, music, Kindle e-books, Twitch Prime, and more.
> Get Started
Back to top
Get to Know Us
Make Money with Us
Let Us Help You
And don't forget:
© 1996-2020, Amazon.com, Inc. or its affiliates