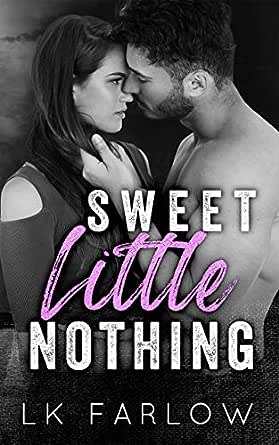 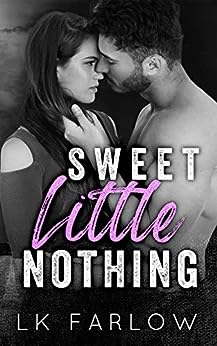 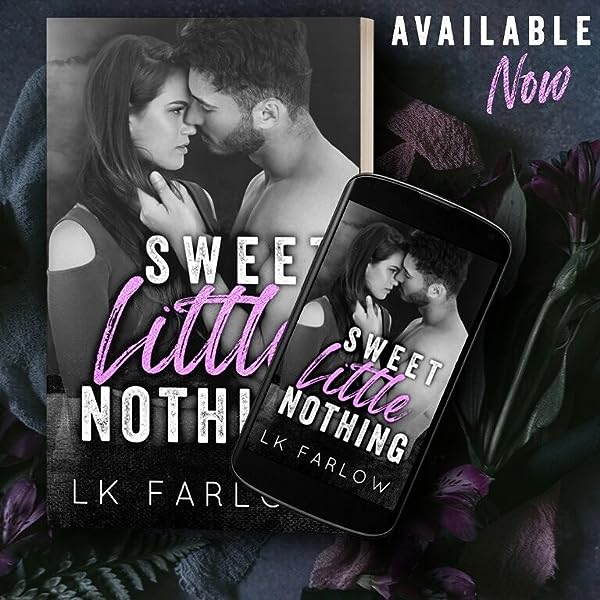 Ann Mihailovic
TOP 500 REVIEWER
4.0 out of 5 stars So much angst
Reviewed in Australia on 18 March 2021
Sweet Little Nothing by L.K. Farlow is a standalone light bully romance that includes some content that may be less than ideal for some readers who are easily triggered. This story had me sobbing so much while reading this story as I found it completely heartbreaking. Told in dual POV from both main characters, this story has so much angst and love, and also has scenes that bounce from past to present.
Emmalyn Price has lived the kind of life no one should ever be subjected to. Constantly abused by her stepbrother from a young age, when she finally spoke up, no one believed her, not even her own mother. Instead, everyone shunned her and made her an outcast. Now in college, Emmy is eager for a new start now that she's away from her town, family and amongst people who don't know her or her story. However, her newfound freedom is short lived when she comes face-to-face with Sterling Abbot, her stepbrother's best friend, who also happens to be the TA in one of her classes.
Sterling can't believe that Emmy is at the same college as him. Her innocent act doesn't fool him, and he's mad that she tried to ruin his bestfriend's life. With revenge in mind, Sterling sets out to break and destroy Emmy. But the more he's around her, the more he starts to wonder if she really was telling the truth all along. In one hand he wants her to suffer for what she did, but in the other, he feels protective of her. Does he really want to ruin her?
OMG this story. I know that it's fiction, but I can't help but feel that there's some truth to it for someone out there in the world and my heart goes out to anyone who has had to deal with anything even minutely related to this story. Emmy is such a strong individual and I commend her for not breaking when many others would have. Sterling may have started out with a rotten agenda, but I'm glad that he was able to see past the haze and be there for Emmy. And as for Stella, Gabe and Zach, I absolutely loved how these complete strangers welcomed her with open arms and gave her the love and friendship she never got from anyone.
Read more
Helpful
Report abuse

Ryella
TOP 500 REVIEWER
3.0 out of 5 stars Okay
Reviewed in Australia on 28 March 2021
This was an okay read but there were a few things that didn’t make sense to me. Like, why does Emmy like Sterling? Is it just because he’s hot? Because the way he treats her does not encourage any sort of positive and warm feelings. Also, why the sudden turnaround for Sterling? Again, didn’t make sense because it seemed to come out of nowhere. Emmy is extremely forgiving and everyone seems to believe him when he says he loves her even though his actions prove otherwise. It was still a good story but because there were too many things that I found confusing, I didnt really feel any connection to the characters so can’t rate it higher. And Sterling was a little too whiny in the 2nd half of the book. Others who enjoy bully romances will probably enjoy this.
Read more
Helpful
Report abuse

Nean
TOP 500 REVIEWER
5.0 out of 5 stars Great read
Reviewed in Australia on 22 March 2021
After being abused by her stepbrother, Emmy finally thinks she’s going to get some happiness and be able to move on and have some happiness, until she finds out Sterling is there and all he wants to do is destroy her.
Sterling believes what his best friend told him, believing that Emmy is saying and acting how she does because she ruined his best friend’s life with her lies and rumours. Sterling knows he wants her, but he also knows the lies she’s told and the manipulation, wanting to destroy her the way she did his best friend.
Sterling starts to realise that it may not be Emmy that’s the one lying, but who will he believe.
Read more
Helpful
Report abuse

Tara
TOP 500 REVIEWER
5.0 out of 5 stars A beautiful love story with a twist
Reviewed in Australia on 18 March 2021
My heart exploded reading this beautiful yet tragic love story.

The push and pull between Sterling and Emmy was magical and had you gushing over them.

Emmy has been through a tragic experience that leaves her feeling broken and untrusting.

Sterling may be the bully in this story but he soon becomes so much more.

The angst and heartache that capture you in a trance keep you turning the pages until the very end.

Fall in love with Sterling and Emmy over and over again.
Read more
Helpful
Report abuse

Nicole Janek
4.0 out of 5 stars Fantastic
Reviewed in Australia on 24 March 2021
I fell in love with Emmy really quickly and could relate to her story. Sterling is lucky he redeemed himself because I wanted to punch him in the face but it was great watching him fall. I read this book on kindle unlimited and loved loved it.
Read more
Helpful
Report abuse

Sarah P
4.0 out of 5 stars Mind blowing
Reviewed in Australia on 18 March 2021
Wow this story gave me so many feels I've never liked and disliked someone so much. Highly recommended
Read more
Helpful
Report abuse
See all reviews
Back to top
Get to Know Us
Make Money with Us
Let Us Help You
And don't forget:
© 1996-2021, Amazon.com, Inc. or its affiliates