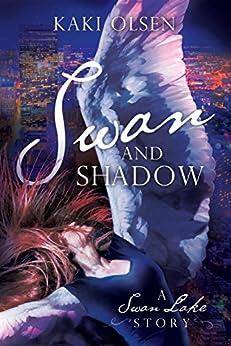 Rebecca Pinskier
5.0 out of 5 stars A classic story brought into the modern age.
Reviewed in Australia on 11 March 2016
Verified Purchase
An energetic, inspiring story bringing a classic fable into the modern age. Compelling characters, cleanly written, and an interesting twist on making things working against you, work for you. Kaki, you've done brilliantly for your first published novel.
Read more
Helpful
Report abuse
See all reviews

LizzyPearl
5.0 out of 5 stars Fun read
Reviewed in the United States on 10 March 2016
Verified Purchase
I wanted to check out this book for my daughter but quickly found myself reading the whole thing, just for fun! Kaki Olsen cleverly weaves a modern day "Swan Lake" coming of age story of two identical twin sisters who grapple with the ancient family curse on the youngest twin, Aislin. Of course only true love can break the curse, which kept me wondering, with some unexpected twists, will he break the curse? and what comes next? - the whole book. I loved the relationship between the timid, but likable Aislin and outgoing, sometimes overbearing but well-intentioned Maeve, and the message of family love and loyalty. The parents, boyfriend and brother are also likable characters. Swan and Shadow is a fun read, and I enjoyed all the teenager experiences I totally related to. A great read especially for teenage girls, but even fun for someone older.
Read more
One person found this helpful
Report abuse

B. Heiner
4.0 out of 5 stars Not your typical fairytale adaptation
Reviewed in the United States on 22 March 2016
Verified Purchase
Swan and Shadow is a story about a teenage girl who's cursed to be a swan during the day until she finds true love, and how she and her twin sister try to break the curse. It's based on the story of Swan Lake, but it's unlike any adaptation you've probably ever read. It's set in modern-day Boston, for one. And it's got plenty of exploration about the nitty-gritty of Aislin's life as a bird. But instead of your usual love story (though it's got plenty of that, too), it's really about the relationship between the two sisters - the curse keeps Aislin from being a typical teen, but Maeve loves her sister so much that she goes to extreme lengths to give her that normal human life as much as possible, even down to occasionally impersonating Aislin during daylight hours. In fact, the tight family dynamic is a real gem in this book, when so many YA stories don't even address that.

The book is intelligent and witty, has a rich setting, believable, likable characters, and an exciting love story, and it's appropriate without reservation for just about everyone. I quite enjoyed it. My biggest frustration with it is actually a matter of book design - the prose is rather dense, and that wasn't helped by the lack of page breaks; it could have used a bit of breathing space between chapters and when switching between characters. Otherwise, I gladly recommend Swan and Shadow for anyone who loves Boston, or Swan Lake, or fairy tales, or especially anyone who has a sister, or ever wanted one.
Read more
2 people found this helpful
Report abuse

Kindle Customer
4.0 out of 5 stars A bittersweet story
Reviewed in the United States on 26 July 2016
Verified Purchase
I enjoyed this retelling of Swan Lake. The narrative has a great voice and the dialogue fantastic. While I found some of the themes in it frustrating (things that teenagers will relate to, like clothes, makeup, and boys), I really enjoyed this take on how transforming into a swan would affect a teenage girl. I wish there would have been more scenes with Aislin as a swan, and what her day would be like more in detail, since there's magic in that as well as tragedy. The ending was bittersweet, and I really hope the author writes a sequel!
Read more
Report abuse

Devi Flake
5.0 out of 5 stars An author to keep an eye on-
Reviewed in the United States on 21 February 2017
Verified Purchase
While a freshman effort, the author clearly shows the capacity for engrossing writing- I lost track of time and missed train stops reading this book!

Looking forward to any followups and future books from this author, keep up the good work!
Read more
One person found this helpful
Report abuse

Amazon Customer
5.0 out of 5 stars Super fun read
Reviewed in the United States on 7 March 2016
Verified Purchase
Super fun read. The book draws you in from the beginning. The characters become real as you read, and the setting is perfect. I highly recommend this book!
Read more
One person found this helpful
Report abuse
See all reviews
Back to top
Get to Know Us
Make Money with Us
Let Us Help You
And don't forget:
© 1996-2021, Amazon.com, Inc. or its affiliates