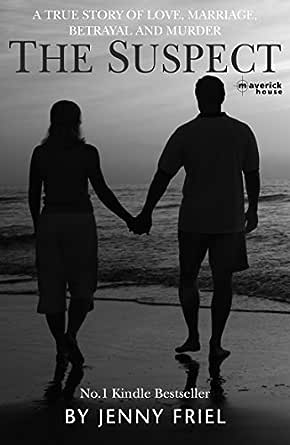 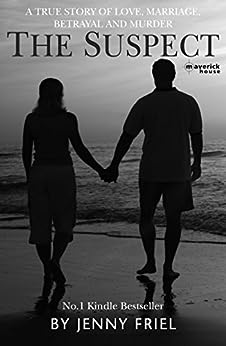 The Suspect: A true story of love, betrayal, marriage and murder Kindle Edition

4.1 out of 5 stars
4.1 out of 5
256 global ratings
How are ratings calculated?
To calculate the overall star rating and percentage breakdown by star, we don’t use a simple average. Instead, our system considers things like how recent a review is and if the reviewer bought the item on Amazon. It also analyses reviews to verify trustworthiness.

Amazon CustomerCecily Trevillion
4.0 out of 5 stars The power of Technology
Reviewed in Australia on 27 April 2017
Verified Purchase
A very sad but interesting true account of how a mobile phone helped to expose the lies of the killer. It was hard to believe that a father was so obsessed with his own feelings, that his actions meant his very young sons lost both their mother and ultimately their father.
Read more
One person found this helpful
Helpful
Comment Report abuse

BETH RICHARDSON
4.0 out of 5 stars Truth is stranger than fiction
Reviewed in Australia on 30 October 2017
Verified Purchase
I find true crime stories more riveting than fiction. While this is written in a simple, straight forward manner, making it an easy, relaxing read, it manages to tease out our curiosities about such cases: the puzzle as to how or why a normal husband and father could bash his lovely wife to death, the motives and reasons for families and friends reactions , and the intrigue of the
prosecutions circumstantial case.

Amazon Customer
2.0 out of 5 stars Worth $1
Reviewed in Australia on 21 October 2016
Verified Purchase
Glad I only spent one dollar on the book as it was a very short, repetitive, and boring read, unfortunately.
Read more
2 people found this helpful
Helpful
Comment Report abuse

Michelle
4.0 out of 5 stars Michelle
Reviewed in Australia on 18 November 2017
Verified Purchase
I really enjoyed this book with its story from all affected and involved by an in this crime very good
Read more
Helpful
Comment Report abuse

Doug
3.0 out of 5 stars Three Stars
Reviewed in Australia on 2 November 2016
Verified Purchase
Middle of the road and a bit annoying by the way it's written
Read more
Helpful
Comment Report abuse

A. Linton
3.0 out of 5 stars Doesn't really do the story justice
Reviewed in the United Kingdom on 7 October 2017
Verified Purchase
I found this an enthralling true life crime story but I don't really think the author did it justice. It is far too repetitive and has a confusing structure. She tells us the true identity of the culprit far too early on - I had not really heard much about this case and would have appreciaed being kept in suspense. And despite interviewing the husband several times she doesn't give us much insight into him and his family and there is nowhere near enough input from the victim's family. All in all much of the information could have been obtained from googling the facts of the case. Well she is no Ann Rule or Kathryn Casey, but if she was I guess the book would cost more than 99p. At the price it's not a bad read, but I felt she didn't really do justice to the real life material she had.
Read more
One person found this helpful
Report abuse

Elizabeth Russell
5.0 out of 5 stars Everyone's nightmare
Reviewed in the United Kingdom on 27 May 2019
Verified Purchase
Poor Racheal was married to a monster. He had his new partner waiting in the wings and he wanted rid of his wife. Those poor children have a lot to grow up with. Their mother murdered and their father who killed her. I found his actions after the murder to be frightening! The way he showed off the scene with murderous actions as he showed friends and family what he had done. Good luck and much love went to the boys. For in hell Joe O'Reilly!
Read more
Report abuse

Katrina McGregor
5.0 out of 5 stars You cant help but think how many more good women will this happen to.
Reviewed in the United Kingdom on 13 July 2017
Verified Purchase
Yet again a good women killed by her supposedly good husband,behind closed doors he was anything but ,how sad for her sons and her family.The mother of the murderer still refuses to believe her son had done it even with the evidence ,but justice prevails he got his just deserts life in prison all I can say is Good hope they throw away the key.
Read more
Report abuse

5.0 out of 5 stars A very good read, in depth, detailed true crime book!
Reviewed in the United Kingdom on 4 October 2016
Verified Purchase
A very good in depth book about a horrific murder. What would have been interesting is if a psych assessment was completed for the trial as this would have given more insight into the husband. Although there is strong evidence to support the case, the defence equally had a reasonable case, with certain questions not answered by the prosecution. A very good read indeed
Read more
2 people found this helpful
Report abuse
See all reviews
Get FREE delivery with Amazon Prime
Prime members enjoy FREE Delivery and exclusive access to movies, TV shows, music, Kindle e-books, Twitch Prime, and more.
> Get Started
Back to top
Get to Know Us
Make Money with Us
Let Us Help You
And don't forget:
© 1996-2020, Amazon.com, Inc. or its affiliates