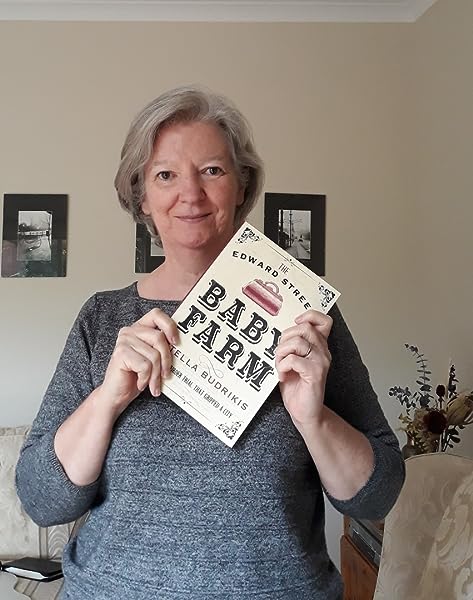 by Stella Budrikis (Author)
3.6 out of 5 stars 6 ratings
See all formats and editions
Sorry, there was a problem loading this page. Try again.

Page 1 of 1 Start overPage 1 of 1
Previous page
Next page
Start reading Susan: Convict's daughter, soldier's wife, nobody's fool on your Kindle in under a minute.

Brenda Telford
3.0 out of 5 stars Biography..
Reviewed in the United States on 27 April 2018
Verified Purchase
Susan: Convict's Daughter, Soldier's Wife, Nobody's Fool by Aussie author Stella Budrikis is a biography of her great great grandmother, Susan Mason. Susan was born in Australia in 1848 to Irish parents who had travelled to the colonies, originally settling in Sydney then moving to Adelaide in South Australia. When Susan married David Mason, he was a member of the British army, and they eventually moved back to the British Isles.

Moving around constantly with David’s job in the army, Susan was continually pregnant, eventually giving birth to fourteen children. Susan was illiterate but managed under dire circumstances to raise her surviving children by becoming a laundress, which was a hard and demanding task where everything was done by hand, boiling the copper and using the mangle, then ironing it all when it was dry. David’s meagre wage with the army was barely enough for the family and when the older children began work, their little bit helped.

Susan’s story is interesting; it has obviously been researched well – but it’s a little like a history lesson. Nevertheless, those interested in Australian history, and that of our British cousins are sure to enjoy this look into the harsh and brutal life of one family in the mid 1800s to early 1900s. Recommended.
Read more
Report abuse

Susan M B Preston, award-winning author of the Apostle John Series of Biblical Fiction
5.0 out of 5 stars Fascinating and well researched
Reviewed in the United States on 22 January 2019
Verified Purchase
From time to time I read something other than the genre I write in, but this is the first time I have read a biography.
I was impressed by the way the author took the bare bones, combined with research, and made a fascinating tale.
The author made the life of the characters spring into being in all their warts and all situations.
Read more
Report abuse

Kindle CustomerDenise
1.0 out of 5 stars Susan
Reviewed in the United States on 14 March 2018
Verified Purchase
I found this book boring. I was going to stop reading it, kept going thinking it would get better. I was very disappointed in reading this, the book did not improve.
Read more
Report abuse

Christine Lane
4.0 out of 5 stars Good story and quite beleivable
Reviewed in the United States on 21 March 2018
Verified Purchase
Good story and quite beleivable.Needs a little more drama is my only comment,possibly add a small twist to the book every now and then to continue the readers interest.
Read more
One person found this helpful
Report abuse
See all reviews
Back to top
Get to Know Us
Make Money with Us
Let Us Help You
And don't forget:
© 1996-2021, Amazon.com, Inc. or its affiliates