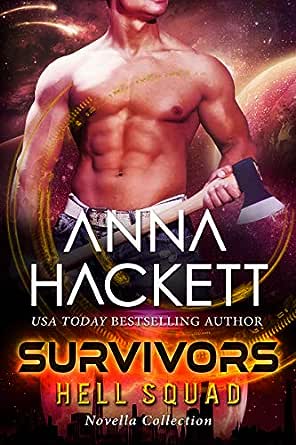 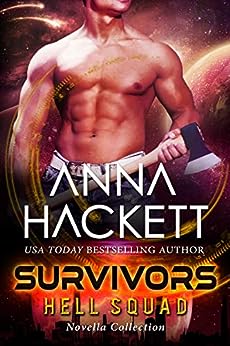 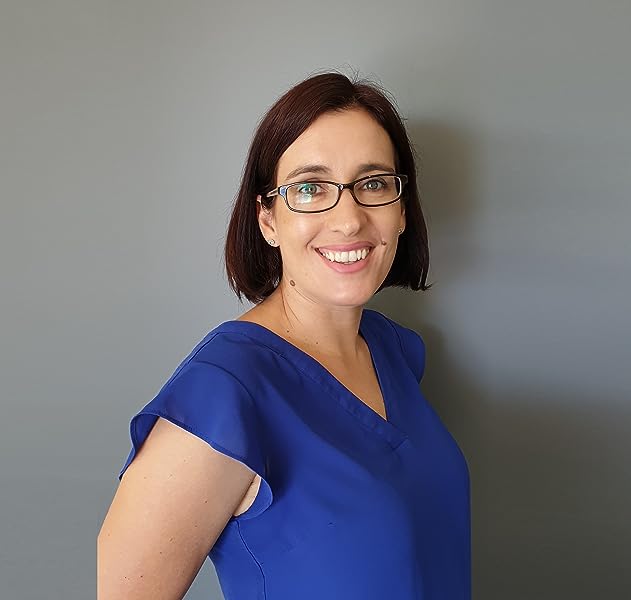 In the aftermath of a deadly alien invasion, a band of survivors fights on…

Nate – Long before the aliens invaded, former Marine Nate Caldwell came home a broken man. Going off-grid in a cabin he inherited in Australia’s Blue Mountains, he survived the invasion with only his dog Blue for company. For two years, he’s avoided the aliens and any survivors – he’s done his fighting and can’t go into battle again. But when a young woman crashes into his lonely existence, with the aliens hot on her heels, she changes everything…

Dak – Captain Dak Vaughn only has room for his job as head of security for Groom Lake Base. His focus has to be on keeping all the survivors alive, and not on the tough, attractive new recruit who gets under his skin. But when a dangerous mission requires them to go deep into alien territory, Dak finds himself up close and personal with a woman who is pure temptation.

Alexander – Marine engineer turned base leader, Alexander Erickson, leads a tiny base of survivors in the snowy climes of Norway. Balancing the needs and safety of his group keeps him busy, and he longs for someone to share the load, someone to call his own. The one independent woman he wants refuses to see him as anything more than a leader and a younger man. But when mysterious alien activity encroaches on their safety, they will join forces to investigate and Alexander might finally have his chance.

Julz311
TOP 500 REVIEWER
5.0 out of 5 stars Finding the bombs
13 February 2020
Format: Kindle Edition
This is an amazing series that is nearing it’s conclusion, we’ve hit #19 in the series now, and boy has it been amazing. Anna has made me fall in love with these rough, tough and heart warming characters.
After the first bomb is found, the search is on throughout the rest of the world. They need to destroy all three bombs at once.
The American camp near Area 51 has spotted something that believe could be another bomb, they just need someone that knows the area to help pinpoint its exact location. The Europeans are told to keep an eye out for the last bomb so that when it’s found the can work out a way to neutralise the bombs and stop the Gizzida’s destroying mankind as they know it.

Nate:
Nate has been alone battling his demons for a long time, especially since the aliens invaded Earth, that is until he hears a woman’s scream outside his cabin. Ari has been a captive and experimented on for a very long time, but after seeing something down there, she knows she has to esca-e to warn the rest of humanity.

Dak:
Dak is driven and focussed, that is until he rescued Naomi Silver and her group of survivors. Now he struggles with attraction he’s never felt, but he also needs to be professional and help her become the best security officer they have, that is until a life threatening moment makes them throw caution to the wind.

Alexander:
Alexander can’t believe his luck when Liv walks into his office, she’s there to let him know the aliens are up to something near her house, but he’s hoping he can make her notice him, and he’s pretty sure it’s working until Ingrid walks in and throws herself at him. Liv is so attracted to Alexander, but there can’t be a future, he’s hot young and successful, she’s too old for him, and there’s also Ingrid whose young beautiful and letting everyone know her intentions onwards Alexander.

I received an arc of ‘Survivors’ and have freely chosen to read and review it. My review is honest and fair and is in no way incentivised.
Read more
Helpful
Comment Report abuse

Miss M. J. Korostin
5.0 out of 5 stars Australia, US and Norway
15 February 2020
Format: Kindle Edition
These great Novella's are great way to start wraping up the Hell Squad series, it has been an amazing ride but with the 3 different stories looking for the bombs it is definetly coming to an end.
The stories ared set in Australia, America, Area 51 of course and Norway, the addition of Finn's family was really well done.
Loved all the stories, the novella's being a great way to show the location of the bombs on 3 different continents. Just be warned as they are novella's the story are all short so you dont get as much character development as usually but they are still packed with Anne's classic action adventure romance.
Read more
Helpful
Comment Report abuse

Pauline T Dixon
5.0 out of 5 stars Survivors
12 February 2020
Format: Kindle Edition
Loved these three short novellas set in Australia, America and Norway three totally different stories all with the same theme, no spoilers from me just a heartfelt thanks to Anna for this great series which has kept us on our toes and always wanting more from the very start with Hell Squad the stories of love under the worst possible circumstances while earth fights for its survival are memorable with great characters who have become fan favourites this is a highly recommended series not least this last book. Enjoy!
Read more
Helpful
Comment Report abuse

Stacey G
TOP 500 REVIEWER
5.0 out of 5 stars Great Novellas
13 February 2020
Format: Kindle Edition
Loved the short stories from Anna about side characters. Also loved the small glimpse into the other bases that we have only had brief glimpses of but know they have been working just as hard as the Aussie base to bring down the Gizzida. The short stories help bring together the ultimate battle and ending that we know is coming. Quite poignant knowing this series is coming to an end.
Read more
Helpful
Comment Report abuse

Karen Bury
5.0 out of 5 stars Heart racing
12 February 2020
Format: Kindle Edition
Loved the book and finally meeting other survivors. The hunt for the three bombs and three couples getting together to make this happen. The usual suspense, heart racing action between the aliens and humans (cannot get enough of this) and the human interactions while trying to survive. I’m going to be very sad when this series comes to an end. Thanks Anna for another masterpiece.
Read more
Helpful
Comment Report abuse

MaryJo
5.0 out of 5 stars Three great romances. They are the BOMB!
21 February 2020
Format: Kindle Edition
I enjoyed these three stories. They were all exciting and helped to move the saga on towards its ultimate conclusion. I liked too that we got to visit other survivors in other parts of the world and see how they were coping in the aftermath of the alien invasion. Can’t wait to read Tane’s book. Thanks Anna for these action packed tales.
Read more
Helpful
Comment Report abuse

CRAZY4PEANUTBUTTER
3.0 out of 5 stars ok
14 February 2020
Format: Kindle Edition
This was mostly just an okay. I felt the stories were way too short to really get to know the characters. I liked the stories. I just think they could have used more to them

Go to Amazon.com to see all 89 reviews 4.8 out of 5 stars
Get FREE delivery with Amazon Prime
Prime members enjoy FREE Delivery and exclusive access to movies, TV shows, music, Kindle e-books, Twitch Prime, and more.
> Get Started
Back to top
Get to Know Us
Make Money with Us
Let Us Help You
And don't forget:
© 1996-2020, Amazon.com, Inc. or its affiliates