Skip to main content
Surrender To Temptation (The Glenn Jackson Saga Book 3) and over 1.5 million other books are available for Amazon Kindle . Learn more 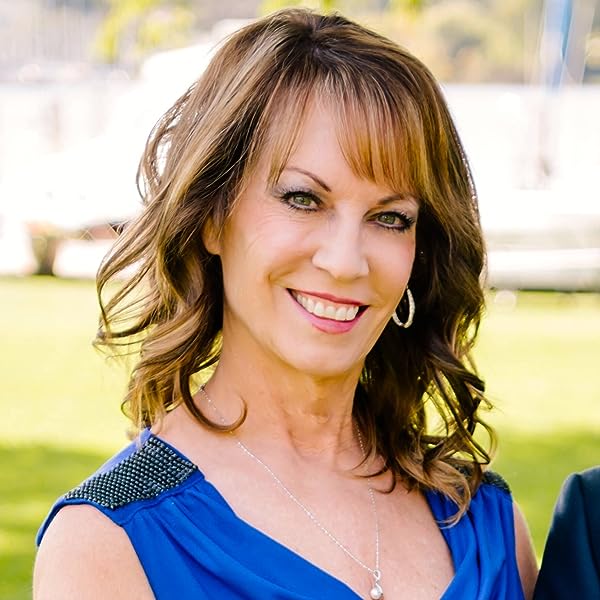 Start reading Surrender To Temptation (The Glenn Jackson Saga Book 3) on your Kindle in under a minute.

SouthernAngel
5.0 out of 5 stars Must read series:
Reviewed in Australia on 6 October 2017
We come to the end of Glenn and Maya's amazing roller-coaster journey. Their conclusion is filled with danger, drama, love, heat, and twists. The emotions evoked will have you captivated and your kindle glued to your fingers. This is a must read series, you will not be disappointed.
I voluntarily reviewed an Advanced Reader Copy of this book.
Read more
Helpful
Report abuse

Nicole Janek
4.0 out of 5 stars Must read!!!
Reviewed in Australia on 18 October 2017
What a rollercoaster ride but so worth it. You need to read this trilogy about Maya and Glenn. Their love story has all the feels love, danger, time travel and some serious heat. I couldn't put this story down once I had started and loved the ending.
Read more
Helpful
Report abuse
See all reviews

Angie (L)
5.0 out of 5 stars A wonderful story with a beautiful ending .
Reviewed in the United Kingdom on 7 March 2018
Verified Purchase
What a wonderful end to the Glenn & Maya’s story , this was another rollercoaster ride full of emotion it was action packed full of twists and turns. Maya’s pregnancy was progressing and still Glenn was having difficulty in believing that he was the father but the attraction between the two was something that hadn’t changed . Fed up of waiting for Glenn to believe her she made a descision to move out of Florence’s house and get a job so she could just get on with her life without Glenn .Maya finds a very small apartment but it’s not In a very nice part of town , her life is put in danger when rioting occurs . After that episode Glenn tries to get their relationship back on track and they seem to be succeeding even Glenn starts to believe her , but Maya’s life is put in danger again when she was kidnapped by the obnoxious Kimberly as she wants to get back with Glenn as her career is suffering without him ,it comes to a dramatic end in a shootout and Glenn is shot but thankfully not fatally . A lot certainly went on in this the last book but with all the drama it was worth it to get to the fabulous ending ,and what an ending it was .My only wish is that I would have liked to have had some sort of closure with her life in back in 2017, I know that the necklace has gone so if that was the vessel to get her back and forth she wouldn’t be able to get back , but it makes me wonder what her parents & uncle thought of her disappearance perhaps a little novella in the future explaining what happened ?
Read more
Report abuse

LindalooKam
5.0 out of 5 stars Brilliant!!!
Reviewed in the United Kingdom on 8 November 2017
Verified Purchase
Oh you did it again MS Parker.
I have so loved this set. When I started reading the first book in the set I wasn't sure what was going to happen.
Well this is my first time reading about time travel and although to begin with I was a little bit apprehensive I have more than enjoyed the series. I just wish now that there were more to the set.
Absolutely fell in love with all the characters. Loved the storylines between them all and loved all the connections between them all.
The twists in the story I wasn't expecting and this kept me on the edge of my seat a few times.
I have to say, what an ending. This set is really worth reading. I thoroughly enjoyed the three books.
Well done Ms.
Read more
Report abuse

Amazon Customer
5.0 out of 5 stars Five Stars
Reviewed in the United Kingdom on 20 January 2018
Verified Purchase
Really enjoyed this story kept me gripped till the end
Read more
Report abuse

Sonya
5.0 out of 5 stars Awesome
Reviewed in the United Kingdom on 2 January 2018
Verified Purchase
Loved reading this story. It had me gripped right from the start. I am so glad their journey ended together.
Read more
Report abuse

Jgtimm
5.0 out of 5 stars Surrender To Temptation (The Glenn Jackson Saga Book 3) by M. S. Parker
Reviewed in the United States on 5 December 2017
Verified Purchase
This was a difficult book to read. The heroine was the only character passing through time, but her love was the one forced to accept that such a thing was possible. She also had no control over when or where in time she landed - and wherever that was, there were folks she cared for left behind to grieve. It's a fascinating romance though, and difficult to put down. Ms. Parker's stories are always winners.
Jgtimm
Read more
Report abuse
See all reviews
Back to top
Get to Know Us
Make Money with Us
Let Us Help You
And don't forget:
© 1996-2021, Amazon.com, Inc. or its affiliates