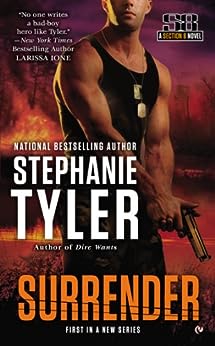 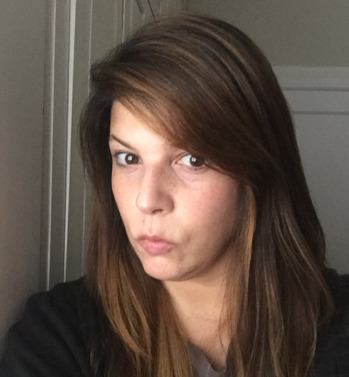 Stephanie Tyler is the New York Times extended bestselling author of two previous military romantic suspense series, as well as the Eternal Wolf Clan series. Surrender is the first novel in the Section 8 series. Stephanie lives in New York with her husband, kids, and a crazy Weimaraner named Gus. --This text refers to the mass_market edition.

"A very satisfying romantic thriller."--Publishers Weekly --This text refers to the mass_market edition.

4.0 out of 5 stars
4 out of 5
23 global ratings
How are ratings calculated?
To calculate the overall star rating and percentage breakdown by star, we don’t use a simple average. Instead, our system considers things like how recent a review is and if the reviewer bought the item on Amazon. It also analyses reviews to verify trustworthiness.

SML15
4.0 out of 5 stars great new series
Reviewed in the United Kingdom on 8 April 2013
Verified Purchase
I enjoyed the storyline and characters. Looking forward to more in the series and finding out how the characters develop.
Read more
Report abuse

creativedeeds
4.0 out of 5 stars Creative Deeds Reads Review
Reviewed in the United States on 11 January 2015
Verified Purchase
I’m not sure what I expected when I picked up Surrender, but I certainly got more than I bargained for. It’s also one that keeps you on your toes. A lot of characters are introduced, a lot of POVs are shared and a lot happens.

The book opens in the past with Darius, Dare’s father. That prologue pretty much set the tone for the rest of the story. In other words, there wasn’t much down time for any of these characters.

The rest of the story centered around Dare, Avery, Grace, Gunner, Jem & Key. A group of broken misfits that had to form an unlikely alliance in order to survive. It didn’t happen immediately though. There wasn’t a lot of trust among this group. They each had their secrets and most of them were held close. They had all survived horrific circumstances that made them stronger, and maybe a little crazier than they were before.

Grace and Dare were the unlikely couple in Surrender. That’s definitely not how their relationship began, but… you’ll have to read it to understand. Trust me. ;) As far as the story goes, there was plenty of action, a lot of suspense, pretty much constant danger and some twists, turns and revelations that had me re-reading a couple of chapters to figure out WTH just happened. Yeah, I’m thinking that I’m going to love this series.

The second book in the Section 8 series is Unbreakable, and I don’t really want to tell you who that centers on because there were times during Surrender that I honestly wasn’t sure if any of these characters were going to survive. I will tell you that one of my favorite characters is featured in the recently released 3rd book, Fragmented.

Kindle Customer
4.0 out of 5 stars Can't wait for more of the new section 8!
Reviewed in the United States on 15 July 2014
Verified Purchase
I reAd the reviews beforehand and almost didn't buy this book, but I'm so glad I did!! I think this is the second review I've ever done, but I feel like I have to refute some of the things I reAd in other reviews. I know people have different tastes and it's not my intention to belittle someone else's opinion, but there were some statements made in an earlier review that almost dissuaded me from reading this that I now feel are patently untrue. This is a great Stephanie Tyler adventure. THERE IS PLENTY OF LOVE AND ROMANCE THROUGHOUT. Frankly, if things had gotten any more romantic it would have felt contrived. Ms. Tyler knows how to write romantic suspense, and she does a wonderful job of presenting a team and a conflict you care about. I think the reviewer whose thoughts I read must be new to the genre because there was an abundance relationship development and expressions of love in this novel. I take particular objection to the classification of ANY of the intimate moments as "hate sex." It just isn't in there. Believe me after reading that review I looked for it. If you've enjoyed Stephanie Tyler in the past, definitely read this one, it's among her best.
Read more
2 people found this helpful
Report abuse

Cindy O
3.0 out of 5 stars Great cast of characters - Should be a good series.
Reviewed in the United States on 7 April 2013
Verified Purchase
I'm conflicted.. As with any first book in a series there is a lot of information thrown at you. It's all in how that information is given whether you flow with book or feel overwhelmed. In the first couple of chapters how we get this information was a little too choppy, there wasn't a real flow to the information. Now after reading the book and looking back all the pieces fit but I had to put the book down a few times wondering where it was all going.

The premise here is 20 years ago there was this off the grid black ops team called Section 8, which in military terms means mentally unfit. During the last twenty years almost all of the original team and their families have been killed. The ones still living are doing so as hunted men and women.

One of the original members Darius O'Rourke had two children. They were from different mothers and one didn't know about the other. Dare O'Rourke has always lived his life with a bulls eye on him. After the last attempt on his life he went into hiding. But when one of his father's old team mate comes and tells him his sister is in trouble and needs him he does the right thing and goes to get her.

Avery was raised by a Bounty Hunter for a mother and knows how to protect herself. But after her mother is brutally murdered and she takes vengeance on those who killed her she finds herself in even bigger trouble.

After Dare gets her he takes her to Gunner, who's a tattoo artist with lots a secrets. During her time with Gunner meets Jem, who is a little crazy in the head ex CIA black op and his brother Key, whose recently escaped from a mental institute. Key is the ex Ranger who rescued Dare from the last attempt on his life in the jungle.

The other key player is Grace who's step father is the man who is trying to kill them all. Dare kidnaps her to use at leverage to get to him but he ends up seeing that she has live a life of hell herself and also finds himself very attracted to her.

The cast of characters that makes up this new series are all very intriguing and all earn the title of mentally unstable due to the tragic things that have been done to them by the leader of Section 8.

This book was at times hard to get through but in the end once all the back stories and getting to know the crazy cast of characters was done realized its going to be a great series. I am dying to know whose story is next.
Read more
One person found this helpful
Report abuse
See all reviews
Back to top
Get to Know Us
Make Money with Us
Let Us Help You
And don't forget:
© 1996-2021, Amazon.com, Inc. or its affiliates