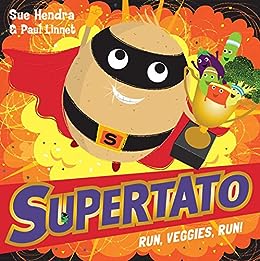 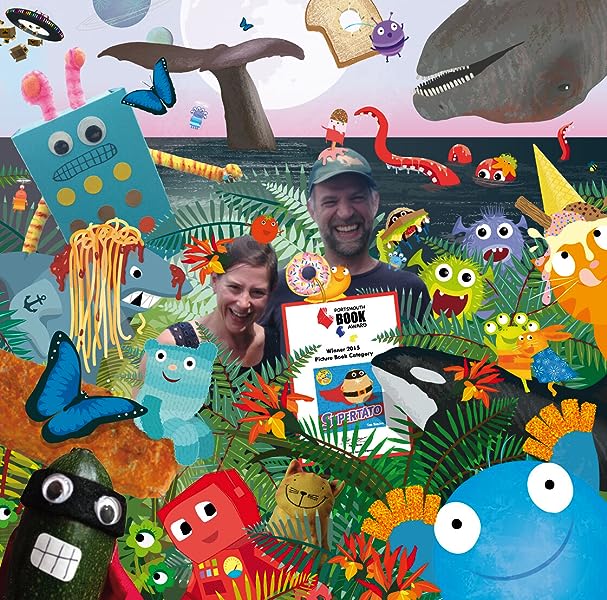 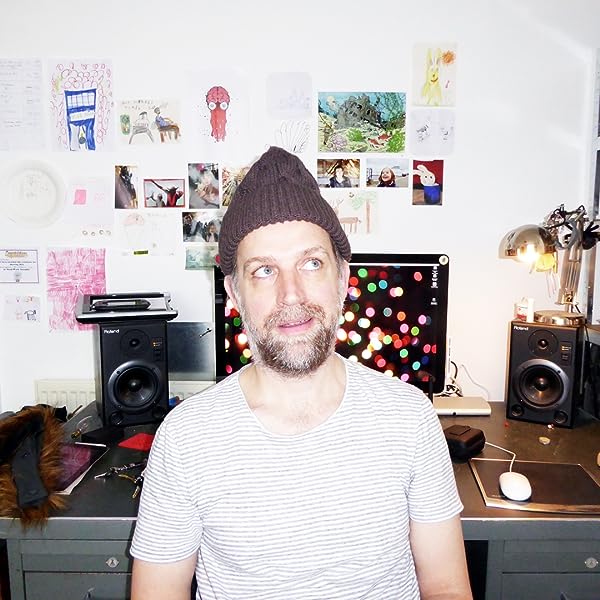 Meet Supertato! The supermarket superhero with eyes everywhere. It’s Sports Day in the supermarket and all the veggies are in training. Everyone has been practising hard and is ready and raring to go. However, a new competitor joins the event, accompanied by The Evil Pea, and is determined to win all the prizes. Things don’t seem quite right… but will Supertato be able to foil his nemesis’ plan in time?

The fabulous character from Sue Hendra and Paul Linnet, the bestselling, award-winning creators of Barry the Fish with Fingers, I Need a Wee and Norman the Slug with the Silly Shell.

Perfect for fans of Oi Frog!

Praise for Supertato:
'Hilarious... One of the funniest picture books this year - read it and laugh out loud!' Creative Steps Magazine
'Hendra introduces another very silly but irresistible creation in the grand tradition of Barry, Norman, Keith et al.' Bookseller

Praise for Norman the Slug with the Silly Shell:
'Lovely glittery illustrations and simple text make this a must for pre-schoolers' The Daily Mail

Sue Hendra grew up in Wimbledon and has always loved making up stories and drawing pictures. Her favourite book as a child was Mr. Silly. She graduated from Brighton University in 1994 and has been creating picture books ever since. In 2006 she met Paul Linnet and could instantly see that she'd met a fellow nitwit who liked talking nonsense. They went on to create many bestselling books together, working in a small room in their house in Brighton. Sue loves swimming, and can swim up and down for a very long time. Her favourite book is still Mr. Silly.

Paul Linnet was born in Brighton and grew up in the Midlands, reading Tintin and playing classic 80s video games, before becoming obsessed with scribbling, writing, guitars and motorcycles. He studied Graphic Design at Derby University, and later moved back to Brighton where he met Sue Hendra. They made up a story about a fish with fingers and then a slug with a doughnut for a shell, and now no one can stop them from writing more and more frankly ridiculous books. They live in Brighton – and Paul still loves scribbling, writing, guitars and motorcycles.

4.8 out of 5 stars
4.8 out of 5
967 global ratings
How are ratings calculated?
To calculate the overall star rating and percentage breakdown by star, we don’t use a simple average. Instead, our system considers things like how recent a review is and if the reviewer bought the item on Amazon. It also analyses reviews to verify trustworthiness.

margaret grieve
5.0 out of 5 stars Great books for pre schoolers
Reviewed in the United Kingdom on 29 June 2021
Verified Purchase
These suoer tatoe books are great to read for pre schoolers my class loves them
Read more
Report abuse

Sandra Evenden
5.0 out of 5 stars Birthday gift
Reviewed in the United Kingdom on 6 September 2020
Verified Purchase
My grandson loves these books and this was part of his birthday present
Read more
Report abuse

L Barrett
5.0 out of 5 stars Love these books!
Reviewed in the United Kingdom on 24 July 2020
Verified Purchase
Love these books and so does my son! Arrived quickly.
Read more
Report abuse

Vicky Harrison
5.0 out of 5 stars Number one favourite in our book case!!
Reviewed in the United Kingdom on 30 May 2017
Verified Purchase
I have all the supertato books and they are all really good books! Myself and my boys love these books and they are definitely worth it. Such a fab read at any time of the day.
Read more
Report abuse
See all reviews
Back to top
Get to Know Us
Make Money with Us
Let Us Help You
And don't forget:
© 1996-2021, Amazon.com, Inc. or its affiliates