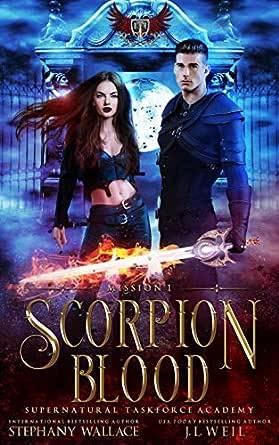 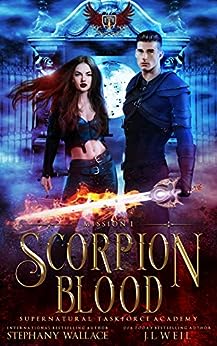 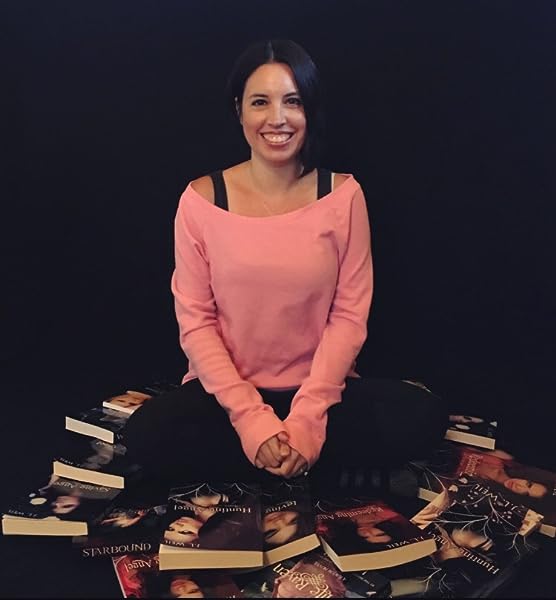 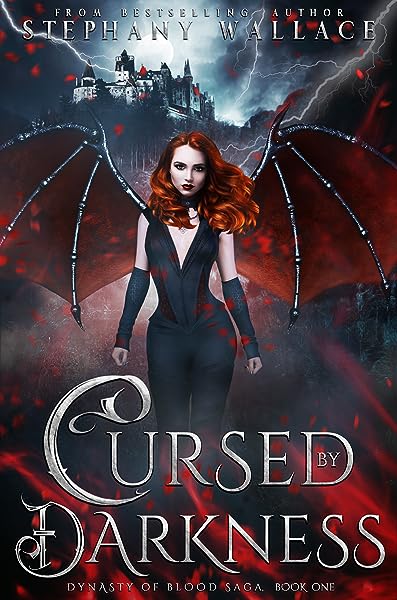 What does an ex-military, a vampire, a phoenix, a wolf shifter, a fae, and a witch all have in common?
Nothing… other than being handpicked to save the world.
May the Gods save us all.

If someone had told young, ex-Delta Force Ethan James, that supernatural creatures were real, he would have laughed. See to believe was his motto, until one day he was kidnapped by a being that could only exist in dreams… or nightmares. Taken to a place where having extraordinary abilities is the norm, he'll be offered the opportunity of a lifetime.

The Supernatural Taskforce Academy—or STA as it's known—is an elite academy for witches, fae, shifters, vampires, and every other class of supernaturals with exceptional skills. But what the heck does STA want with a human? An ex-soldier at that?

Renna Blackwood doesn’t play nice with others. She might have a mean girl reputation, who snubs her nose at the rules, but with skills like hers, she has rightfully earned every ounce of that reputation. She is a bleeding vampire for God's sake. So, when the council assigns her the task of awakening new members for the academy, Renna isn’t the least bit surprised.

Until she sees who her partner is…

A mortal. With a heartbeat.

Swell. This should be fun.

Supernatural Taskforce Academy is full of magic, mythology, college drama, and romance. Scorpion Blood is the first book in the addicting upper teen fantasy series that will keep you glued to your kindle!
16+ Recommended due to strong language and sexual content.

Vampires, Witches, Fae, Shifters N 1 Foxy fine Human Guy who is more than he appears to be, Can U say Supernatural Hotness exposition,
All I want to know is where do I sign up to attend STA? Hehe 😉

Renna N Scorpion are decadently delicious together, the feisty fiery chemistry between them is to die for, I want more!

This is the story is the start of something totally unique I see endless possibilities for these characters N this world! I'm beyond excited for what will come next can't wait for book 2 Mystique Blaze Mission 2!!!
💜💜💜💜💜

Sassy
5.0 out of 5 stars The taskforce to protect the world
16 October 2019 - Published on Amazon.com
Format: Kindle EditionVerified Purchase
What does it take to save the world? Who would be on your team? Would you select a Vampire, Witch, and a human? Well the STA did and this is their story.

Ex Delta force commander Scorpion is an unlikely choice being human but his unique skill set makes him perfectly qualified.

Renna is a vampire with a bad attitude, no friends, and only relies on herself. Can she trust a human? Can she allow someone else to lead when the world is on the line?

Such a great start to this series and I’m already jonesing for more. I can’t wait for book 2
Read more
2 people found this helpful

Jeaner5
5.0 out of 5 stars Great Book!
25 October 2019 - Published on Amazon.com
Format: Kindle EditionVerified Purchase
“Scorpion Blood” is such a fun book to read. Authors Stephany Wallace and J.L. Weil did a fabulous job creating this new world and academy. The characters are well written and unique. The chemistry between some of them is hot and fun to read about. Ex-Delta Force Ethan or known as Scorpion is a fun character to read about. Much changes in his life and he takes it with a bit of humor and self-confidence. I look forward to the next book in this new series.
Read more
One person found this helpful

Yarelis
5.0 out of 5 stars Scorpion 😍
16 October 2019 - Published on Amazon.com
Format: Kindle EditionVerified Purchase
I love anything paranormal/supernatural so it wasn't a surprise I was drawn to this book. Plus the cover is gorgeous😍. I felt for Scorpion, he didn't had the most loving rising but glad he met his called. Renna is so stubborn but I get it, she wants to proved herself and she does. I'm super curious to see who the new members of the team will be and what their powers are. Soooooooo I'll have to WAIT for the next book *insert pout* Can't wait!
Read more
One person found this helpful

Aneesa Bhayat
5.0 out of 5 stars Awesome new series and it’s gripping as hell!
16 October 2019 - Published on Amazon.com
Format: Kindle EditionVerified Purchase
I loved the action with searing hot, “melt the pages” romance! The best thing, the back and forth bickering between Renna and Ethan, aka Scorpion.

There’s not a boring moment within this book! But, be warned.... major cliff-hanger that’ll leave you screaming (I actually screamed out loud) “Noooo!”

Great suspense!
Now, I want book 2 and December is just too far away
Read more
One person found this helpful
Go to Amazon.com to see all 56 reviews 4.7 out of 5 stars
Get FREE delivery with Amazon Prime
Prime members enjoy FREE Delivery and exclusive access to movies, TV shows, music, Kindle e-books, Twitch Prime, and more.
> Get Started
Back to top
Get to Know Us
Make Money with Us
Let Us Help You
And don't forget:
© 1996-2020, Amazon.com, Inc. or its affiliates