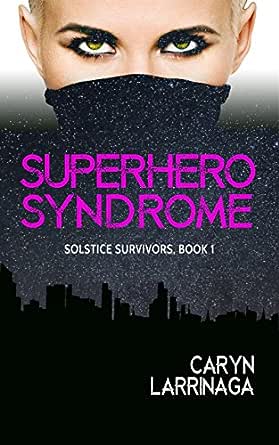 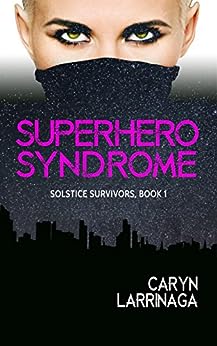 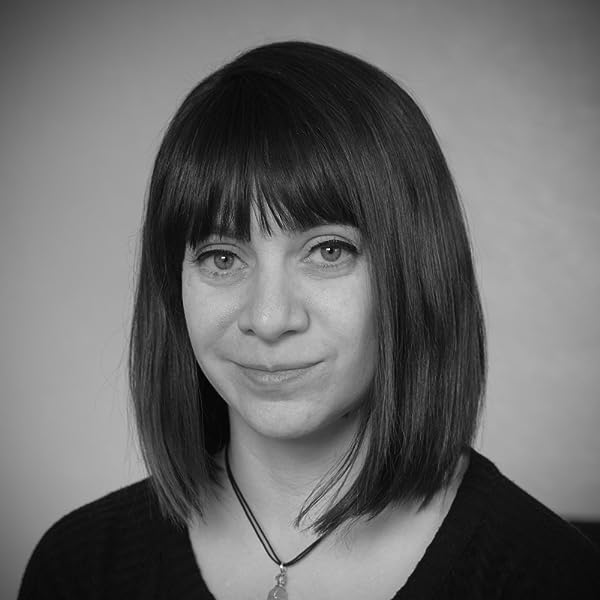 Tess McBray was dying. The Solstice Syndrome had no cure, and she resigned herself to an early grave. But just when she gave up on survival, all her symptoms mysteriously disappeared.

All but one symptom, anyway. Something is wrong with Tess’s hands. They absorb any material they touch, and her skin turns to wood, or steel, or concrete. It doesn’t take this comic-book obsessed 21-year-old long to figure out what’s going on: somehow, she’s developed super powers. And she’s not the only one; across the country, people are coming forward and sharing their gifts with the world. In her own city, where the police are battling a human trafficking operation, a masked vigilante called The Fox is saving lives and stopping criminals.

Tess doesn’t know where she fits into this new, super-powered world. But when people around her start disappearing, she can’t just sit on the sidelines. Teaming up with The Fox to create the world’s first superhero duo might be the only way to rid her city of evil and save the people she loves most.
See all Product description
click to open popover

UD
4.0 out of 5 stars Just right
20 April 2019 - Published on Amazon.com
Verified Purchase
Nice to read a beginning story that provides a logical framework. The world description is clean and concise without being laborious. The heroes work and the villains are just nasty. Good job.
Read more

L K
4.0 out of 5 stars Exciting
29 January 2018 - Published on Amazon.com
Verified Purchase
I enjoyed this story a lot. It had mystery & intrigue & I enjoyed MS Lariniga’s sense of humor. She’s a talented & gifted writer, I’m curious as to what comes next from her. I gave it 4 stars because, for me, swearing is not necessary. The story is good enough to to stand without it.
Read more

Jpb61
5.0 out of 5 stars Good story
3 May 2019 - Published on Amazon.com
Verified Purchase
Was a fun read be interesting as butterfly becomes better using her powers. Would recommend and look for a sequel!
Read more

Tess
5.0 out of 5 stars This book kicks ass...
13 August 2019 - Published on Amazon.com
Just for the record, I’m a slow reader. However, I literally flew through these pages. And, that, my friends, made me feel like a superhero.

I absolutely dig the premise of this story and agree that the set-up is ripe for a series. Regular folks embolden with superpowers? And both good and evil people are blessed with them? Oof! Talk about a recipe for chaos. One of the things I enjoyed is Tess’ particular ability. It made me want to read on just to find out what it entailed and how she was going to use it.

Larrinaga teases us along throughout. We have to sleuth together tidbits, often wondering how they will all fit together. Some of these are surprising as we plunge deeper into the story. And there’s tons more to keep our interest—a possible romance brewing is just one example. Also, Tess’ narrative is likeable and witty, yet she’s flawed, which I like. She can be a tad judgmental, but she’s self-deprecating and has a kind heart—which is one of the driving forces compelling her into action throughout. Another of Larrinaga’s writing superpowers: her ability to leave chapters on cliff hangers. I often didn’t want to put the novel down because I had to know what happened next.

The overall feel of this book is one of girl-power, and one that should encourage both genders to stand up and participate in social change, even if we aren’t ‘suffering’ from Superhero Syndrome. The author also asks us to consider accepting others who are different. (I hope to see an expansion on that idea in the sequel!). Issues of domestic violence and human trafficking are also tackled with empathy.

If you’re up for an adventure with a feel-good ending, add this one to your TBR. I, for one, look forward to what Larrinaga does with the next installment.

DabOfDarkness
4.0 out of 5 stars I want to be Tess's sidekick
6 October 2019 - Published on Amazon.com
This was plenty of fun! I do love my superhero stories and this one is worthy. The story starts off with a world-wide illness that strikes some and passes over the majority of the population. Those that survive the illness are dubbed Solstice Survivors, and they are forever changed. A wide variety of superpowers afflicts (or graces) these new-fledged superheroes and supervillains. The premise is a little reminiscent of the Wild Cards series, but the story itself veers away from the grittiness that series is known for.

Tess is a very likable character. She’s not perfect, enjoys comic books, and does her best to watch out for her sister Bethany (who’s in an abusive marriage to Bruce, her highschool sweetheart). Tess spent several years in New York, being a little estranged from her family, but now that she’s back in her hometown Weyland, she wants to reconnect with Bethany (her older sister). But her latest worry (developing freaky powers) has her lying to Bethany, which isn’t helping their relationship.

In walks the Fox. He’s super agile and very quick and has fantastic fashion sense. Who doesn’t want to put on some fox ears and join his fan club, right? So far, he’s a positive vigilante, taking out drug dealers and more. The police aren’t too thrilled, but they are also up against forces that they aren’t equipped to fight.

I did think it was a little silly with the dating app & Bethany trying to set her sister up on a date. Tess already had enough on her plate and is an interesting character in her own right. I don’t need her man hunting in order to make her appealing. That said, she does bump into Reed more than once. He’s a hospital radiology tech and there’s potential there. Then there’s her old friend from grade school who is now the head of the local Fox fan club. He obviously still has a fondness for Tess and there may or may not be anything there. I really hope this series doesn’t head into a love triangle as the series continues. So much works quite well about this story that angsty love would just drag it down.

Just as Tess grasps the basics of her new powers, her sister and her husband both go missing. Of course, Tess is convinced the worst finally happened and she’s ready to smash Bruce to pieces, if she can find him. So she starts by going by his work and the mystery moves forward from there. She miscalculates but luckily a local superhero steps in to lend a hand. I loved the give and take between the Fox and Tess. They have to figure out their working dynamic quickly so that they can solve this mystery and hopefully save Bethany.

The story gave me a much unexpected twist in the last quarter – and it took the story to the next level. Things aren’t all as they appear. The tale ends with things neatly wrapped up yet with enough big ideas left open for the rest of the series. I look forward to Book 2! 4.5/5 stars.

The Narration: Ruby Hankey had a great voice for this series. She was a perfect fit for Tess and I liked her sisterly voice for Bethany. Hankey’s male character voices are believable and she had distinct voices for all the characters. I loved her villain voices too, especially for bully Bruce and his wicked, conniving boss. The pacing was perfect & there were no tech issues with the recording. 5/5 stars.

I received this audiobook as part of my participation in a blog tour with Audiobookworm Promotions. The tour is being sponsored by Caryn Larrinaga. The gifting of this audiobook did not affect my opinion of it.
Read more
Go to Amazon.com to see all 29 reviews 4.4 out of 5 stars
Get FREE delivery with Amazon Prime
Prime members enjoy FREE Delivery and exclusive access to movies, TV shows, music, Kindle e-books, Twitch Prime, and more.
> Get Started
Back to top
Get to Know Us
Make Money with Us
Let Us Help You
And don't forget:
© 1996-2020, Amazon.com, Inc. or its affiliates