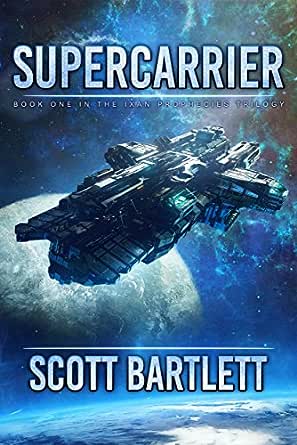 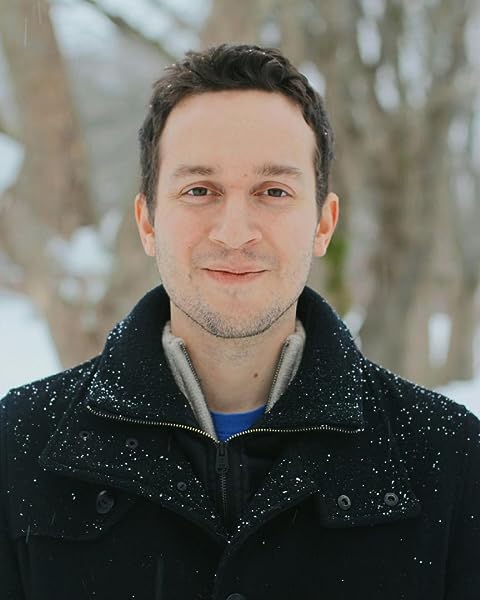 Captain Keyes is loved by the public but hated by Command. He captains the UHS Providence, an aging supercarrier and the last human ship not dependent on dark tech - technology humanity has used to rule over the galaxy since barely defeating the Ixa in the First Galactic War.

Dominance has come at a cost. Over the decades, old allies have grown resentful, and when dark tech itself fails, Captain Keyes’s predictions start coming true: those old allies are now enemies.

But Keyes is not the only one proven right. As the galaxy plunges into war, the Ixan Prophecies are being fulfilled, one by one. Humanity’s oldest enemy is on the rise, with weaponry never seen before.

The fate of the galaxy now depends on Captain Keyes, his tired ship, and his oddball crew. It doesn’t pay to be right.

This is a new release of an edition originally published by Mirth Publishing.

Laurie R
TOP 500 REVIEWER
5.0 out of 5 stars Superb Subterfuge Causes Catastrophic Consequences
18 December 2017
Format: Kindle EditionVerified Purchase
Sensational Science Fiction with layers and layers of deceipt infiltrated by layers and layers of truth and crazy heroism. Greed, power, subterfuge and wealth rules with honesty, love, collaboration and integrity only exhibited by a few. So many lives lost because of lies but is there a greater good driving the ruling rottenness from at least one of the main players? Thoroughly recommended if you want to be glued to the screen or book as you become lost in a titanic struggle encompassing everyday beings, corporate moguls, scientists, warriors, fascinating races and politicians.
Read more
Helpful
Comment Report abuse

Peter Parmenter
5.0 out of 5 stars Great characters and story telling at its best.
20 December 2019
Format: Kindle EditionVerified Purchase
This was the first book I have read by this author. I like sci fi to be easy to read and understand. This book was like watching a movie in my head. It was so easy to see and understand the characters, although I must say that I found it a bit difficult to imagine some of the aliens. The storyline was exciting, the characters human and overall a great read. Looking forward to reading more from Scott Bartlett.
Read more
Helpful
Comment Report abuse

HillTree
4.0 out of 5 stars High flying suspense!
28 February 2017
Format: Kindle EditionVerified Purchase
Brilliant story telling. You'll enjoy this save the Universe adventure. Husher will do it, and so will the Captain, one Gok at a time with Fesky, and Caine refusing to quit! Typical space mil adventure but with memorable characters, a swashbuckling crew and plenty of determination. Strap in tight to stop the universe from finishing us all off. A good read !
Read more
Helpful
Comment Report abuse

Tim
4.0 out of 5 stars Good read overall
11 November 2017
Format: Kindle EditionVerified Purchase
I enjoyed this book, enough so that when I finished it I looked to see if there was a sequel.

It is science fiction, fairly hard with realistic methods of warfare (with a few basic assumptions of technology). However, it is also about the people (including aliens) and how they interact. Throw in some obscure but meaningful prophecy and evil corporate overlords and you've got a good read. Plenty of action as well.

Daleaus
TOP 1000 REVIEWER
2.0 out of 5 stars Interesting
2 March 2018
Format: Kindle EditionVerified Purchase
Interesting but not my taste. Not sure why but I didn’t like the characters and just could not get involved in the story. Good writer just not for me.
Read more
Helpful
Comment Report abuse

Gary Roser
5.0 out of 5 stars Excellent
27 January 2017
Format: Kindle EditionVerified Purchase
An action packed easy to read sci fi novel.
Recommended to those who enjoy battles with intrigue.
Awaiting the next one in the trilogy.

Peter Johnson
5.0 out of 5 stars Good read
16 May 2017
Format: Kindle EditionVerified Purchase
This book certainly set's up the next two books in this exciting story line. You are fully immersed in these epic space battles that are well written and easy to follow the many characters.
Read more
Helpful
Comment Report abuse

Go to Amazon.com to see all 394 reviews 4.2 out of 5 stars
Get FREE delivery with Amazon Prime
Prime members enjoy FREE Delivery and exclusive access to movies, TV shows, music, Kindle e-books, Twitch Prime, and more.
> Get Started
Back to top
Get to Know Us
Make Money with Us
Let Us Help You
And don't forget:
© 1996-2020, Amazon.com, Inc. or its affiliates