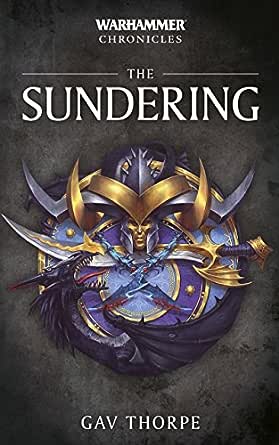 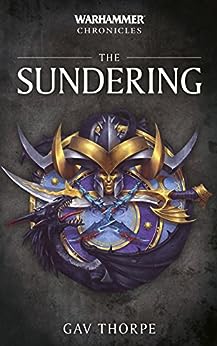 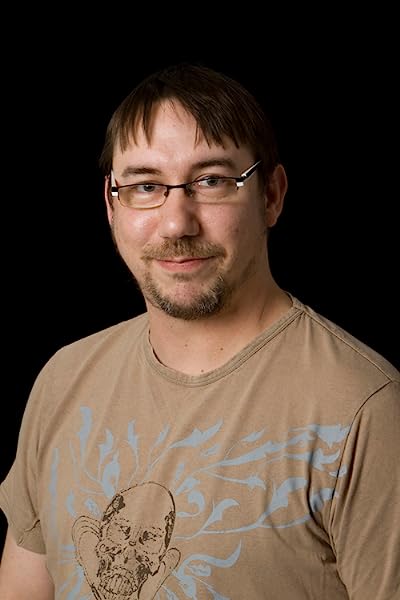 Malekith, betrayer and usurper, architect of the great war that will forever divide the race of elves. Alith Anar, wrathful avenger whose spirit will forever haunt the traitorous druchii. Caledor, reluctant leader, the one elf who can hold back the darkness and restore peace to Ulthuan. Witch King, Shadow King and Phoenix King. Their deeds are legend. This is their story.

This mighty omnibus collects together the full account of the war that divided a race and changed the Warhammer world forever.

Read it Because
The full story of the war that divided a race and changed the Warhammer World forever... through the eyes of those at the heart of the conflict. Gav Thorpe's classic trilogy returns, including the first ever look through the eyes of the Witch King Malekith before he turned evil. It's like Horus Rising for Warhammer...

Gav Thorpe is the author of the Horus Heresy novels Deliverance Lost, Angels of Caliban and Corax. He is particularly well known for his Dark Angels stories, including the Legacy of Caliban series and the Space Marine Legends novel Azrael. His Warhammer 40,000 repertoire further includes the Path of the Eldar trilogy, The Beast Arises novel The Beast Must Die, and the Phoenix Lords novels Asurmen and Jain Zar. Gav has also penned  many Warhammer fantasy novels, including The Sundering trilogy and the End Times novel The Curse of Khaine. For the Warhammer Age of Sigmar setting, he is the author of the novel Warbeast in the Realmgate Wars series. He lives and works in Nottingham, UK.
click to open popover

Joshua VanGeest
5.0 out of 5 stars I've enjoyed this read immensely.
8 July 2019 - Published on Amazon.com
Verified Purchase
The Sundering explores the origins of the Druchii and the events leading up to the split that would divide the elves forever. If you are a big fan of characters like Malekith, Alith Anar, or Morathi, then you've come to the right place.

This is a pretty large book so buckle up. But the time you are going to spend reading through these pages will be well worth it. I've enjoyed Gav Thorpe's writing, and I am very impressed by the narrative. As a standalone book, this is great if you are just getting into the Warhammer universe. Maybe Tyrion and Teclis will help you understand things a tiny bit better, but The Sundering stands out by giving a detailed history of the elves, as well as the exciting exploits of some of Warhammer's most beloved characters.

Scott A. Gardner
5.0 out of 5 stars Catching up on my Warhammer history
7 August 2019 - Published on Amazon.com
Verified Purchase
If you love epic fantasy, and you really want to know about the elves in the Warhammer world, this is one book you'll enjoy. Took me weeks to get through on my lunch hours.
Read more
One person found this helpful

Juho Heikkinen
5.0 out of 5 stars Worth the money
21 July 2015 - Published on Amazon.com
Verified Purchase
I bought the book to get to know the history of elfs in warhammer universe before I start reading "Curse of Khaine" of the end times series. The book delivered. The second and third book get's a bit repetitive because some events take place during overlapping times, so one has to read pieces of same text twice. In strict sense there is absolutely nothing to complain about.

You get the feeling of story of epic proportions being told, of tragedy and loss and how it moulds personae dramaticae in the book. What made witch king Malekith to what he is and so on. There were some loose ends left untied, but not truly important ones. But I suppose that is to be expected from story spanning over 40 000 words.

Seandsun
1.0 out of 5 stars The Sundering (4) (Warhammer Chronicles) book in bad condition
1 December 2019 - Published on Amazon.com
Verified Purchase
The book came with a couple of small tares on it and deep scratch mark on it
it one only in the bag on its own

Eric
5.0 out of 5 stars Long live the shadow king
13 February 2018 - Published on Amazon.com
Verified Purchase
Alith anars story was probably the best, the tragedies and reactions and lengths he went to for nagarythe and ulthuan, one of my favorite warhammer legends.
Read more
2 people found this helpful
Go to Amazon.com to see all 12 reviews 4.3 out of 5 stars
Get FREE delivery with Amazon Prime
Prime members enjoy FREE Delivery and exclusive access to movies, TV shows, music, Kindle e-books, Twitch Prime, and more.
> Get Started
Back to top
Get to Know Us
Make Money with Us
Let Us Help You
And don't forget:
© 1996-2020, Amazon.com, Inc. or its affiliates