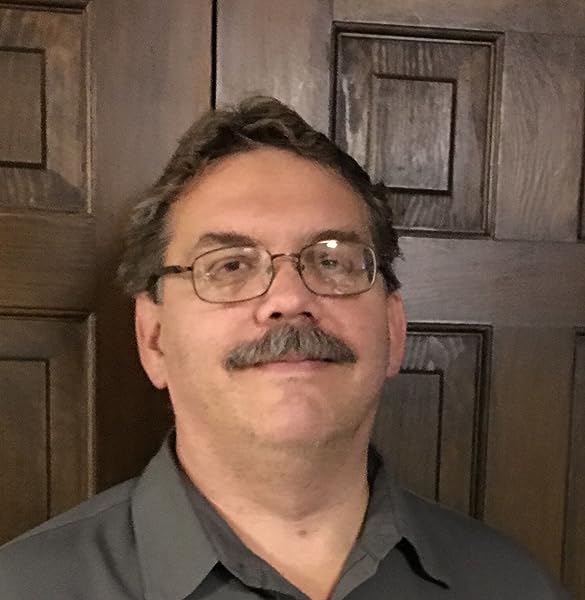 by Darryl A Woods (Author)
4.5 out of 5 stars 4 ratings
See all formats and editions
Sorry, there was a problem loading this page. Try again.

Save on select Capstone books.
Celebrating 25 Years of Inspiration. Shop our curated selection of Capstone titles. Buy now.
Start reading The Summoned Ones: Book 1 Flight to Bericea on your Kindle in under a minute.

Darryl’s childhood in rural Ohio, 3 miles from a small town, gave him plenty of material for stories: tales of his father’s many contraptions fabricated from old parts, angle iron, and square tubing; lawnmowers powered by car engines; minibikes; and various types of cobbled together go-carts, including one with a bicycle front end, a car steering wheel and seat, and the back end of a cousin’s wrecked go-cart. Other stories include rural scenes related to gardening, playing in the creek, helping neighbors with livestock, growing up with numerous family pets and farm animals, and playing small-town high school football.

Darryl graduated from college with a degree in Systems Analysis. While at school, he met his future wife and they married shortly after graduation. Inspired by his father, who built his own home and never called a repairman, Darryl developed a passion for remodeling houses. He and his wife have remodeled four houses to date, swearing after each one never to start another. While working as a computer consultant designing databases, Darryl spent his evenings and weekends helping his father-in-law with the family business, cutting timber, sawing lumber in his mill, and making pallets. These pursuits have given Darryl an endless supply of stories, and their retelling over the years has enabled him to hone his skills as a storyteller.

If you’re interested, Darryl is sending out two stories a month through his newsletter. You can join the newsletter on his website, www.DarrylAWoods.com.

Darryl Woods has a passion for telling stories, an appetite for reading epic fantasy, and a love of old movies. He remembers scenes in great detail, picturing the background, the clothing of the characters, and small nuances such as wrist bands, jewelry, or dogs crossing a street. Most of all, he is fascinated by the emotions and actions of the characters. He spends a lot of time, usually as he waits for sleep, thinking through scenes, fleshing out details that were lacking, and creating different outcomes. As he developed the story for the Flight to Bericea series, the scenes flowed easily from his vivid imagination.

Darryl’s storytelling and love for fantasy compelled him to write The Summoned Ones, Book One in the Flight to Bericea series.

Proud Book Reviews
TOP 1000 REVIEWER
4.0 out of 5 stars A great book for a debut author, worth a read! Waiting for book 2 now
Reviewed in Australia on 27 June 2020
My first thought once I got far enough in to form an opinion of the book was that it was a great story, engaging and interesting. For a debut author this is impressive and needed! How else do they get fans to come back for more?

After I got involved in the story and the fantasy element kicked in, I started to notice a few flaws in the writing. Not enough to say the writing was bad, or the story suffered enough to dislike it. Just little things I’ve picked up on over time being a writer for online learning and an avid reader.

The first was the way the story was written, the technical writing element. I found myself needing to read a sentence multiple times to understand what it was meant to say because it wasn’t succinct. I’m not saying I’m any better, but it’s something that takes practice, distance and often an editor or second set of eyes to pick up and fine tune.

The second was the distribution of the story, how long we focused on a group of characters. This might be a personal feeling, but it felt like each chapter spent on a group of characters should have been shorter, with more changes between the groups. That way you don’t get so involved in one group you forget about the rest and what’s happened to them.

With shorter chapters and more frequent changes between the groups, I think I would’ve spent less time trying to remember what had happened and more time being actively involved in the story. By actively involved I mean me wondering what was happening with the others and wanting to read more.

By the end I still wanted more. I still want to know what happens. I just think improvements in those areas could have made it even more engaging for me.
Read more
Helpful
Report abuse
See all reviews

ReadThisBook
4.0 out of 5 stars A book worth reading.
Reviewed in the United States on 4 March 2020
Verified Purchase
The book is worth taking time to read. The reader spends only a small time walking through the entry from this world to the fantasy world. I enjoyed the short detailed transition which lays out a lot of character development. The character paths In the fantasy world were well defined and shows the author’s story telling ability. The author keeps the reader engaged with not spending too much or too little time on a particular sub-story. I look forward to the next book.
Read more
One person found this helpful
Report abuse
See all reviews
Back to top
Get to Know Us
Make Money with Us
Let Us Help You
And don't forget:
© 1996-2021, Amazon.com, Inc. or its affiliates