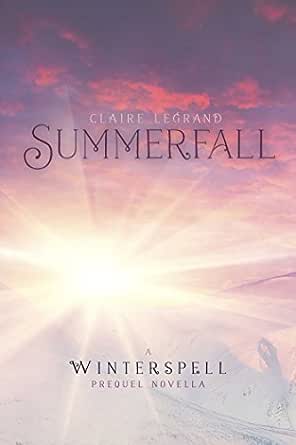 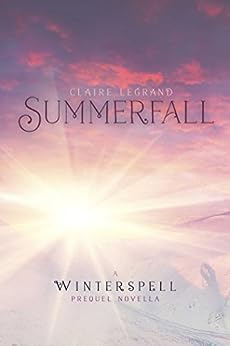 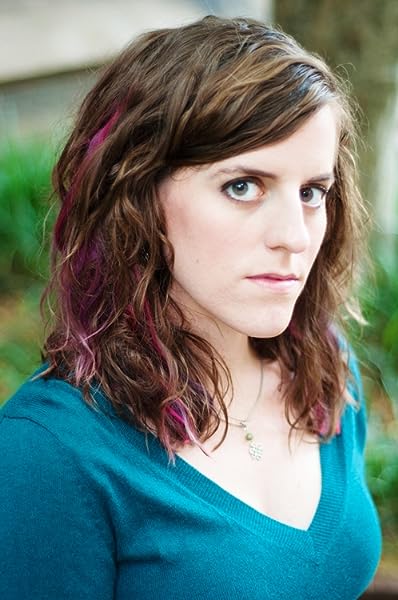 Carina's Books
5.0 out of 5 stars Yesss. I adore Claire, and this short story is stunning.
Reviewed in the United States on 21 September 2014
Verified Purchase
I finally had the time to read this beauty. And I couldn't stop reading until I had finished it all. Also, it was longer than I had hoped for. Which makes me happy. But at the same time, it was also a whole lot meaner and more heartbreaking than I had thought it would be. Sobs. But also so good. I really loved it.

I read Winterspell a few months back, and I loved it to pieces. And ever since then I have wanted to read Summerfall, which is a prequel novella to Winterspell. Though I was also dreading reading it, since I knew how the story would end. And oh, how it broke my heart. It is so sad. Yet it's such a beautiful story. <3

I will try not to write too much about this novella. I just want to say that I loved it so much. And I adore Claire. She is one of the best people I know of. And her writing is stunning. Simply perfect. Which Summerfall is too. I couldn't have been happier about this novella. But at the same time, I couldn't have been more heartbroken either. Summerfall is told from the point of view of Rinka, who in human years is in her late teens, but in faery years is ninety. Which shocked me a little. But loved it very, very much. I adored getting to know Rinka. She was such an amazing character. Her friend, Garen, I'm unsure about. He loves her. But she feels nothing for him but friendship. In some moments I liked him. In others I hated him. But yeah. I approved of his friendship. There is a bunch of characters in this book. To be honest, they were all awful. Yet I loved reading about them. I got to know so much in this book. And I loved every moment.

Summerfall tells the love story of Rinka and Alban. He is a king. And married. They are the same age. And oh, there is so much happening. It is all so complicated. But I loved the heat and passion between Rinka and Alban. It was very real and sweet too. I wanted them together, so much. But oh. So many awful things are happening. People are tortured. People are betraying. I couldn't help but love every moment of everything. This book was just all kinds of amazing. And I adored the romance. I did.

I will not say much more about this stunning book. Just that I loved it so much. And it broke all parts of me. Claire is awesome. Winterspell is coming out late this month, and I need you all to buy it. You should probably read Summerfall first, but I'm glad I read it afterward. So that I knew how cruel this ending would be. Sobs. But now I want to read Winterspell again. Grrr. I will wait for my hardcovers. <3 Anyway. Summerfall was a stunning book. I'm so glad that I read it. You all need to read it right away.

Lillian @ Mom with a Reading Problem
5.0 out of 5 stars Star-Crossed Lovers
Reviewed in the United States on 4 October 2014
Verified Purchase
Summerfall by Claire Legrand is the prequel novella to this fall's highly anticipated Winterspell and tells the story of King Alban and Countess Rinka. Rinka, fascinated with humans, disobeys her father and follows a group of Elves to Erastadt, the high king's palace. Rinka hopes that while there she will learn more about the humans and build a bridge between their races. Alban Somerhart is the reluctant king, taking over after his father died. Alban, like Rinka, is fascinated with the Elves and hopes to bring his people together. When a forbidden love blossoms between them, their actions could save the kingdom or rip it apart.

Rinka has a beautiful spirit inside and out. Just over a hundred years old (young for an elf), she is fascinated with the human race and everything about them. In fact, I'd say she's a bit obsessive. But her obsession stems from love for her race and the need to protect both from war.

Alban is very much a reluctant king in a loveless marriage. Forced into kingship at the age of 16 and then into an arranged marriage, he is bitter and often escapes the palace when he can. In fact, he first meets Rinka while he is out on a botched hunting trip. Not knowing who he is works to his advantage as he learns about her. Though he also has a fascination for the elves, his true obsession lies with Rinka.

The plot of this story really revolves around Alban and Rinka, their growing relationship, and eventually affair, but also some world-building on the author's part. The world of Cane is a magical place that exists by itself, apart from the Beyond or our world. I was intrigued by this world and found it enchanting. It was full of Elves, Mages, and humans, coexisting yet not happily. Hence Alban's request for seven elves to be sent to his kingdom.

Then there is the forbidden romance between Alban and Rinka. It is forbidden because the mixing of blood is taboo in their world. Elves and mages, mages and humans, or elves and humans are not supposed to mix. If they do, there are consequences. These consequences are thought to be myth, and Alban and Rinka believe that their love has the potential to heal the kingdom. However, it has the opposite effect.

This short story is a gripping tale all on its own though it does set the stage for Winterspell nicely. It has an enchanting element that left me intrigued and wanting more. And yes I'll admit that I shed a few tears...I'm a softie like that ;) If you enjoy fairy tales, fantasy, and young adult literature (though in my opinion, this series is not young adult....well maybe mature young adult, 16+), then I suggest you check it out. It's a quick read and will definitely leave you craving more.
Read more
Report abuse

Stephanie (Bookfever)
5.0 out of 5 stars Summerfall blew me away!
Reviewed in the United States on 23 November 2014
Verified Purchase
Faeries, the stories said, must always keep moving, must always keep changing, just like the southern seas and their high, hot winds.

Okay... wow! Summerfall blew me away! I think I even liked it a bit more than Winterspell, which is saying a lot because that book is one of my top favorites. Not only did I adore Claire Legrand's amazingly gorgeous writing, she totally sucked me once again into the kingdom of Cane's world of intrigue at court, enthralling magic and power, the forbidden but passionate whirlwind romance of Rinka and Alban and it was all just so very intriguing and captivating and very tragic to read.

This novella sets the perfect setting for Winterspell. If you haven't read the book yet then I would absolutely recommend you to read Summerfall first to get a feel of the world and read about how Anise came into the world. In my case, I don't think it would've mattered if I had read this novella first because I've always felt somewhat... let's say... considerate to Anise and all the things she did. I even understand her more now. And maybe it was just me but I could kind of sense some small comparisons between today's world and this fantasy one because the humans and faeries were pretty distrustful of each other which only resulted in a lot of treachery, political as well as personal. Ah, the intrigue!

It was sad for Rinka but she came to court after leading a pretty sheltered life with so many hopes and dreams about humans and faeries being one front and not to be so weary about one another, thinking they would be so amazing. She was a bit naive in that, but I did love her enthusiasm in her beliefs. And of course there was no denying her attraction to Alban. Even though he's married and I knew only bad things would come of it, I was still shipping the hell out of them. Their chemistry was so intense! Yes, I was a fan of their love and rooted for them through the end. I'm a sucker for forbidden love.

Like I mentioned before Summerfall is tragic, and it truly is. I knew it wasn't going to end well but I still wasn't really prepared for the sadness I felt. However, this doesn't take away any of the brilliance that I thought this story had. I truly love stories about faeries, though there aren't that many good ones, in my opnion. So this is one is obviously ahead of that list. Really, the world of Cane is just so alluring and fabulous to me... I want, no I need, more!
Read more
Report abuse

BookCrazyJulz
5.0 out of 5 stars Summerfall 👍🏻
Reviewed in the United States on 17 December 2015
Verified Purchase
What a great prequel novella for Winterspell. It set a nice background and a look at what happened prior and all the things that can happen in Winterspell. So glad I checked this out before I start Winterspell. This story is full of love but also heart break. I liked the characters instantly and I felt for how Rinka and Alban wanted people for both their people. Fairy and human.
Read more
Report abuse

Crys_Leach
5.0 out of 5 stars Fabulous!!!!
Reviewed in the United States on 18 September 2014
Verified Purchase
Fantastic novella! I'm usually not a huge fan of them but this one had me very engrossed quickly. I even managed to get quite attached to the characters!! I will be reading Winterspell this week and I'm very excited about it! Also glad to have the back story to the main character in Winterspell. I definitely recommend downloading this one!
Read more
Report abuse
See all reviews
Get FREE delivery with Amazon Prime
Prime members enjoy FREE Delivery and exclusive access to movies, TV shows, music, Kindle e-books, Twitch Prime, and more.
> Get Started
Back to top
Get to Know Us
Make Money with Us
Let Us Help You
And don't forget:
© 1996-2020, Amazon.com, Inc. or its affiliates