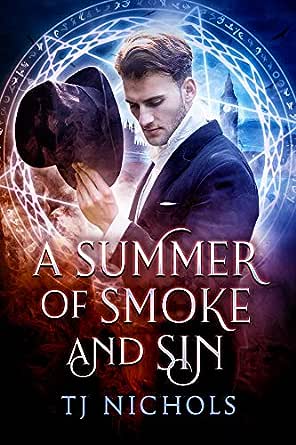 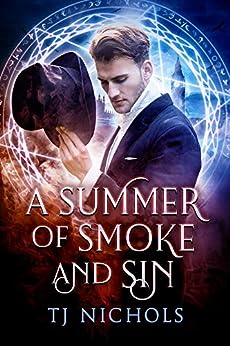 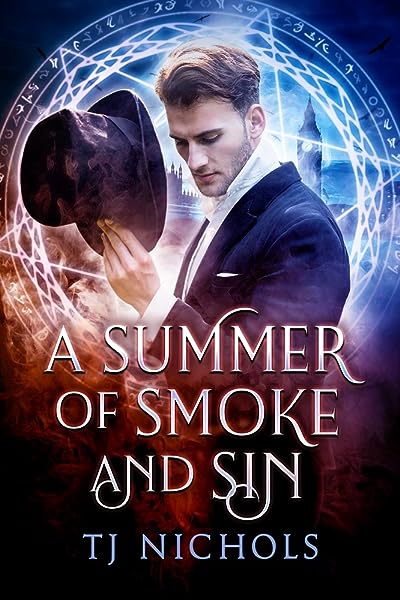 A Summer of Smoke and Sin Kindle Edition

Nathanial Bayard wants nothing more than to find the nobleman creating snuff pornography. If he fails, his career in the recently formed nobility taskforce will be over and as the youngest son he’ll be forced to obey his father and join the church. But a life of celibacy doesn’t appeal. Nathanial has never even kissed another man, fearing for his soul and his reputation.

Jericho Fulbright has never lived a wholesome life. After behavior unbecoming he was discharged from the army and sent home in disgrace. His inventor and nouveau riche father refused to have anything to do with him, so Jericho turned to what he knew best: opium, gambling and sex.

As the owner of the Jericho Rose, a club for gentlemen who like men, he enjoys a certain notoriety. Some would say he has a golden tongue, but the truth is a succubus lives within him feeding on souls. Once he needed her help, now she is a burden that keeps him from getting close to anyone.

After the unfortunate death of a young noble man in Jericho’s bed, Nathanial is sent to investigate. He is scandalized and intrigued by Jericho, but soon realizes that Jericho could be exactly who he needs to help break the snuff case. Together they are drawn into a web of lies that will result in Jericho facing prison unless Nathanial can unmask the real creator of the snuff, a man with rank and privileges that reaches almost to the King.

For readers who love urban fantasy set in an alternate history, crime, scandal and a virgin hero.
click to open popover