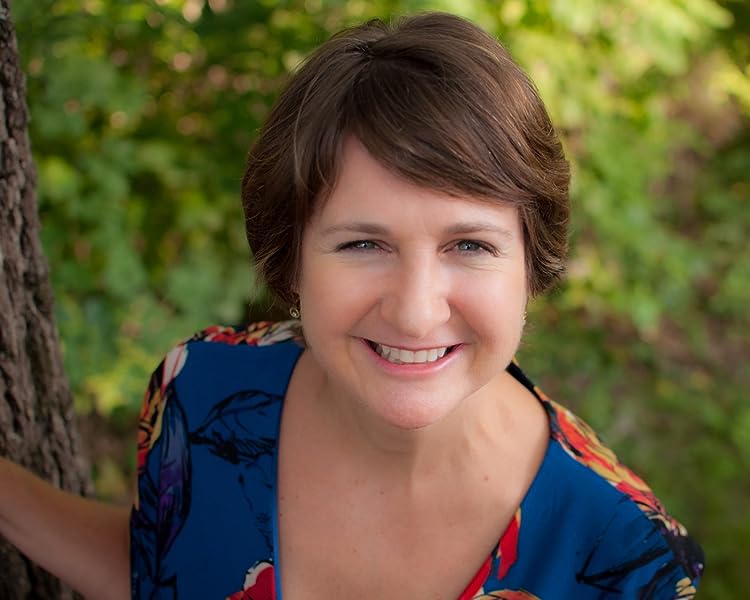 by Jennifer McQuiston (Author)
4.3 out of 5 stars 48 ratings
See all formats and editions
Sorry, there was a problem loading this page. Try again.

I adored and loved Summer is for Lovers from the first page until the very end of the epilogue. There wasn't a moment I didn't enjoy and there wasn't a conversation between David and Caroline that I didn't want to re-read.--Crystal Blog Books

I was so swept up...that it didn't even take an effort to stay up and finish it, because it was so good I couldn't fathom going to sleep.--Between the Pages

If there's such a thing as the perfect beach read, it's Summer is for Lovers...strongly recommend it as one of the most engaging historicals I've read in a long time.--All About Romance

It's refreshing when an author sweeps readers away from the ballrooms of London...this is definitely a delight, with many touching moments and plenty of sexual tension.--RT Book Reviews

A veterinarian and infectious disease researcher by training, Jennifer McQuiston has always preferred reading romance to scientific textbooks. She resides in Atlanta, Georgia, with her husband, their two girls, and an odd assortment of pets, including the pony she promised her children if mommy ever got a book deal.
Start reading Summer Is for Lovers (Second Sons Series Book 2) on your Kindle in under a minute.

4.3 out of 5 stars
4.3 out of 5
48 global ratings
How are ratings calculated?
To calculate the overall star rating and percentage breakdown by star, we don’t use a simple average. Instead, our system considers things like how recent a review is and if the reviewer bought the item on Amazon. It also analyses reviews to verify trustworthiness.

Amazon Customer
3.0 out of 5 stars Okay book, terrible hero name
Reviewed in the United Kingdom on 7 October 2013
Verified Purchase
The story is good. Fun. But I *really* struggled to get over the hero's name.

I thought, okay, I can ignore this. Most of the time characters aren't called by their full name. Usually men are referred to by their surname or title, and apart from this little name thing, it looked like a good book. SMTB gave it an A, which is high praise and enough to induce me to give it a try.

But oh no, the author is so happy with her hero's name, it is used *all the time*. David Cameron is referred to by his full name an astounding 55 times in the book. That's twice as often as the heroine (Caroline Tolbertson) has her full name mentioned (28 times, if you're counting). What this means is that every few pages I was like - eugh, smarmy tory prime minister. Not very heroic.

Continually having to re-adjust your mental image of the hero doesn't make for easy reading. To be fair, the author realised (too late) her mistake, and sympathises with UK readers. Amusingly she says it must be like an American reading a romance with a hero called Barack Obama. Uh... no, Obama is quite hot. This is 'yuk' more on the scale of calling your hero George Bush.
Read more
6 people found this helpful
Report abuse

M
5.0 out of 5 stars An intelligent, well-written historical romance novel!
Reviewed in the United Kingdom on 30 July 2014
Verified Purchase
I am known to be hard to please when it comes to historical romance novels and therefore even happier to report that Jennifer McQuiston's 'Summer is for Lovers' has found its place on my keeper shelf. McQuiston is a gifted writer who knows how to capture her readers' imagination from the very beginning. Her characters are believable throughout and the romance is swoon-worthy without ever running the risk of coming across as frilly or overdone, as is the case with so many romance novels these days. This is intelligent story-telling at its best!
Read more
Report abuse

Judge Tabor
5.0 out of 5 stars Great Read! Solid all the Way!
Reviewed in the United States on 6 October 2013
Verified Purchase
Very engaging story - couldn't put it down!

Caroline, her sister, Penelope and their mother live in the town of Brighton and Caroline has one abiding passion - swimming in Brighton's ocean in the privacy of a little cove that she considers her very own. Since the type of swimming Caroline does isn't considered ladylike, she has to keep her swimming a secret from everyone. Caroline is very tall, somewhat gawky, socially awkward and doesn't have clothing that fits her well. Caroline's father passed away a few years previously and left the family with very little money. In fact, the family only has 100 pounds left from her mother's inheritance. Caroline promised her father before he passed that she would take care of her mother and sister and even though she doesn't want to get married, she feels she has no other options. Plus, she doesn't really know how to go about finding a suitable husband.

Eleven years previously, when she was only 12 years old, Caroline managed to save a young man who was about to drown - David Cameron, a military man stationed near Brighton. David has been her fantasy since that time even though she never saw him again. Unbeknownst to Caroline, David has just brought his ailing mother from Scotland to Brighton hoping that she will respond to the climate and treatments in that location.

On the first day David is in Brighton, he takes a walk along the ocean where Caroline saved him so many years ago and of course they run into one another. Even though years have passed, David recognizes her and they immediately form a friendship. David is absolutely determined he will never marry due to a dark circumstance in his past. Because of Caroline's social awkwardness, David takes it upon himself to try and put her in a different light in the eyes of the young men who are vacationing in Brighton so that she can find a husband from among their set. Of course, this eventually becomes very humorous because it's obvious David and Caroline are meant to be together - to everyone except David that is. The development of David's and Caroline's romance is utterly enthralling. In particular, in David eyes, Caroline seems to transform from an "awkward-in-her-own-skin" kind of person into such a beautiful woman, he finds it increasingly difficult to be around her - since he is determined never to marry.

Adding to the fun in this book are some cute minor characters - young dandies who are trying to get Caroline's attention, the prissy Miss Julianne Baxter and Caroline's own sister. I found myself actually laughing out loud a couple of times. Then there was the swimming competition - loved this part also.

Truly enjoyable book. Looking forward to the next book "Moonlight on my Mind" featuring the lovely Julianne Baxter - can't wait to see what trouble she cooks up.
Read more
One person found this helpful
Report abuse

amtmcm
3.0 out of 5 stars Good, average Victorian Romance
Reviewed in the United States on 5 August 2014
Verified Purchase
After finding McQuiston's  What Happens in Scotland (Second Sons)  so refreshingly original, I had high expectations for this book. The writing is good, and I mostly like the storyline and characters, but the barriers to marriage felt like the same old thing. It may just be my personal preference as I tend to avoid books with destitute heroines, and this one is topped off by a hero who's convinced he's not worthy of marriage. After about the twentieth time he shared his inner thoughts about avoiding marriage, I lost my patience and started skimming. It's a great book to skim! Much more interesting than wading through all that tedious repetition.

David Cameron feels responsible for the death of his first love when he was a young man of about twenty-one. His grief causes him to try to end his life but he's rescued by a twelve-year old Caroline who instructs him on following the current to a safer spot to exit the ocean. Eleven years later, they meet again and strike up a friendship, and course fall in love. Caroline is a tall and athletic swimmer and she's experiencing difficulty with some of the men mocking her lack of femininity. David decides to help her by suggesting to these men to consider her many attributes and therefore see her as more womanly (specifically her long legs make up for lack of a bosom).

Caroline suddenly finds herself the object of attention for a number of men and feels compelled to choose a husband to help her family from their financial struggles. Of course the man she wants, David, isn't offering. Ugh! It's really not the fault of this book, I've just read this trope too many times. The swimming is somewhat interesting, but I found Caroline's bluestocking sister more interesting to read about. I really liked where the storyline went with her character, which I won't spoil with any details. Overall this was an ok read - nothing bad, but not very exciting or original either.
Read more
One person found this helpful
Report abuse

Clio Reads
2.0 out of 5 stars Made me uncomfortable
Reviewed in the United States on 4 November 2019
Verified Purchase
This book made me uncomfortable in several respects: David pushed Caroline toward other men even as he demanded her emotional entanglement, and then they had a physical relationship even as he kept insisting he wasn’t the man for her. Then at the end, all the conflict wraps up too conveniently, hardly satisfying at all.
Read more
Report abuse
See all reviews
Back to top
Get to Know Us
Make Money with Us
Let Us Help You
And don't forget:
© 1996-2021, Amazon.com, Inc. or its affiliates