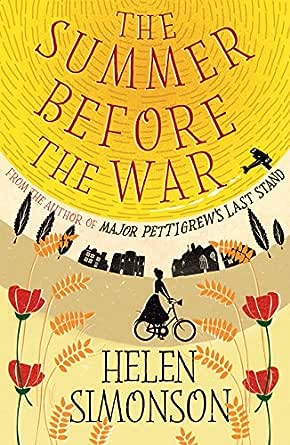 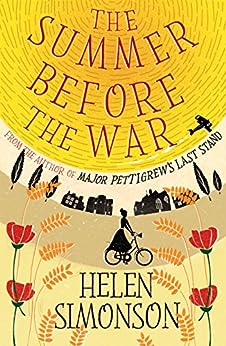 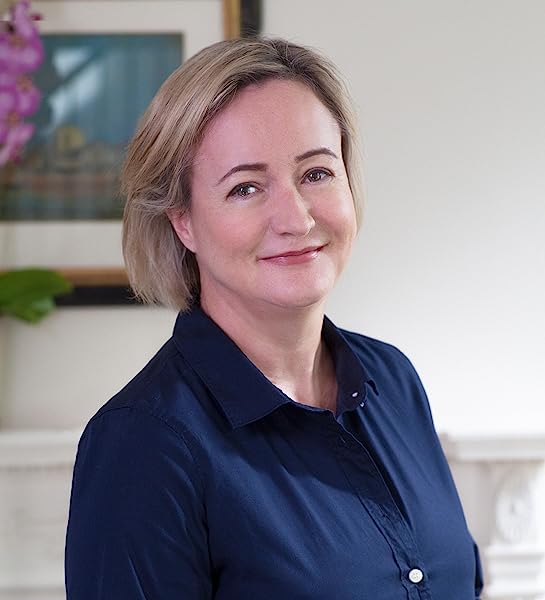 The Summer Before the War Kindle Edition

Radiant ... I found myself turning pages with increasing awe as well as pleasure. The provincial village of Rye, Sussex in the days just before and after the Great War is so vividly drawn it fairly vibrates - but it's the depth and sensitivity with which Simonson weighs the steep costs and delicate bonds of wartime - and not just for the young men in the trenches, but for every changed life and heart - that reveals the full mastery of her storytelling. Like a Jane Austen or Henry James for our day and age, Simonson is that good, and The Summer Before the War is nothing short of a treasure -- Paula McLain, author of The Paris Wife At once haunting and effervescent, The Summer Before the War demonstrates the sure hand of a master. Simonson's characters enchant us, her English countryside beguiles us, and her historical intelligence keeps us at the edge of our seats. This luminous story of a family, a town, and a world in their final moments of innocence is as lingering and lovely as a long summer sunset -- Annie Barrows, author of The Truth According to Us and co-author of The Guernsey Literary and Potato Peel Pie Society In the noisy world of today it is a delight to find a novel that dares to assert itself quietly but with the lovely rhythm of Helen Simonson's funny, comforting, and intelligent debut -- Elizabeth Strout, Pulitzer Prize-winning author of 'Olive Kitteridge' How clever of her to have entered that era so convincingly and gently and to have written about such traumas along with lovely wit and grace...hugely enjoyable -- Sofka Zinovieff Funny, barbed, delightfully winsome storytelling ... It's about intelligence, heart, dignity and backbone * New York Times * A charming, funny and absorbing debut * Daily Mail * A beautiful little love story -- Alexander McCall Smith A gorgeous gem of a book. I found it original and quirky and the characters absolutely adorable - she's a wonderful, original writer and the characters really live. My ideal read, I loved -- Santa Montefiore, author of The House by the Sea Simonson's writing is as delightful as ever, lively, witty and heartfelt, while engaging thoughtfully with the brutal imminence of World War I -- Madeline Miller, author of The Song of Achilles A quiet, but ultimately devastating, story of a society invaded by the death and violence from across the Channel. Pinpointing the snobbery and rigidity of a social order that needed a good shake-up, it is gently satiric, but lovingly written. Don't be put off by the leisurely pace, for at its heart is shrewd observation and a memorable tenderness * Daily Mail * There is a nostalgic, warmly seductive afterglow to this evocation of a tight-knit town ruptured yet also reinforced by the onset of war... It quickly becomes an immersive, howlingly emotional read * Sunday Times * The novel begins as a comedy of manners in picturesque Rye but deepens into a meditation on loss in the trenches of Flanders. It's a slow-burn opening with local rivalries, gender politics and burgeoning romances, but the arrival of Belgian refugees shifts the focus to WWI and the physical and emotional wounds of all involved * Mail on Sunday * This is PG Wodehouse and Mapp And Lucia territory, sending up hypocrisy and snobbery with a cast of indulged nephews and even an eccentric Aunt Agatha, a stock character of early 20th-century comic novels. There is also a delicious send-up of Henry James in the person of Mr Tillingham who sees his neighbours' emotional problems as potential material ... Simonson's control of tone is remarkable as she manages to confront serious issues with a gentle satire that never becomes mordant or facetious. I foresee a success as great as that for her debut Major Pettigrew's Last Stand. An exhilarating new comic voice * Daily Express * There's an edge to this gentle portrait of middle-class society from the start ... As the death toll in Europe mounts, the meticulous detail and flair which so beautifully conjures up the atmosphere of the times, is matched by an emotional depth that makes this as harrowing as it is readable * Sunday Mirror * At 580 pages, The Summer Before the War is on the long side. But, to paraphrase Jane Austen, it is so well-written that I almost found it too short... My tears had barely dried by the time we sat down together' * Sussex Life * This WWI tale charmed our pants off ***** * Heat * Touching, profound and inspiring * My Weekly * --This text refers to the paperback edition.

New York Times-bestselling author Helen Simonson returns with a splendid historical novel full of the same wit, romance and insight into the manners and morals of small-town British life as her beloved Major Pettigrew's Last Stand. --This text refers to the audioCD edition.

Helen Simonson was born in Buckinghamshire and spent her teenage years in a small village near Rye in East Sussex. Her debut novel, Major Pettigrew's Last Stand, was an international bestseller, a Richard & Judy Book Club pick, and was translated and published in twenty one countries. A graduate of the London School of Economics, Helen is married, with two grown sons, and currently lives in Brooklyn, New York. This is her second novel. www.helensimonson.com --This text refers to the paperback edition.

'A novel to cure your Downton Abbey withdrawal . . . a delightful story about nontraditional romantic relationships, class snobbery and the everybody-knows-everybody complications of living in a small community.' (The Washington Post)

'What begins as a study of a small-town society becomes a compelling account of war and its aftermath.' (Woman's Day) --This text refers to an alternate kindle_edition edition.