Suckers and over 1.5 million other books are available for Amazon Kindle . Learn more
Share <Embed> 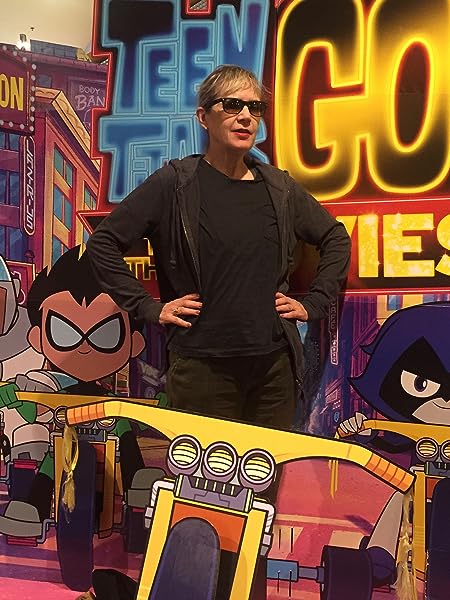 Page 1 of 1 Start overPage 1 of 1
Previous page
Next page
Start reading Suckers on your Kindle in under a minute.

M. King
3.0 out of 5 stars Decent read
Reviewed in the United Kingdom on 5 May 2019
Verified Purchase
I struggled a bit with this one.

It’s not that there’s anything wrong with having a load of 20-something unlikeabled as long as they are interesting enough as they were in this book. It just felt that attaching vampires to a satire on our selfish culture was a bit clunky...the vampire threat was never fully focussed either so it’s just the tale of a load of nasty people with some blood-letting.

Genuinely spooky at times though.

Amazon Customer
5.0 out of 5 stars A Must For Horror Fans
Reviewed in the United Kingdom on 25 December 2020
Verified Purchase
Refreshingly different take on the vampire genre which flirts with the tropes but always ends up subverting them. Lots of dry humour, fantastic gore, interesting characters, social commentary and some really creepy set pieces. Highly recommended!
Read more
One person found this helpful
Report abuse

Mr. S. I. Barr
4.0 out of 5 stars Fun vampire satire
Reviewed in the United Kingdom on 5 January 2016
Verified Purchase
Originally published in 1993 Anne Billson's Suckers uses vampirism to launch satirical broadsides at London's media and cultural classes. A bit of a slow burn the book really picks up steam in the second half and becomes both hilariously mean spirited and frequently genuinely creepy.
Read more
Report abuse

D3Jr
5.0 out of 5 stars I vant to suck your blood....
Reviewed in the United States on 9 November 2013
Verified Purchase
I really did love this book, folks. Initially, that is. And mostly, as well. But I
won't lie. I do think the book is a bit disjointed in some parts, and what really
sent me over the edge is when Dora compared the vampires to Jews and
the "nips" (human vampire food) to the Palestinians on pg. 226. In the words of Willy Wonka,
strike that, reverse it. There's nobody on the face of the planet who wants peace more than Israel,
but guess what Dora, err, I mean Anne, err, I mean Dora, when you're surrounded
by barbarians it's pretty bloody difficult to play nice. No wonder Ruth Weinstein blew
her top when Dora let this gem fly. I side with Ruth.

Aside from the mistakes made in Billson's first novel, I have to say she did a pretty
brilliant job. I was chuckling all the way through the book, and I was also in awe of
Billson's writing style. Very impressive in certain parts of the book, and it made reading
this novel a real joy. I love the genre, and I think if done right this book would
make a fantastic movie.

This gem was written in 1993. Twenty years ago! That's actually pretty scary. I kind
of wish Violet would sire this aging dude, so I could go on reading great books like
Billson's "Suckers." Anne, good job all around. Thanks for writing a thoroughly
entertaining read. Keep up the good work.....
Read more
Report abuse

sonicbooming
3.0 out of 5 stars Plain old fun!
Reviewed in the United States on 25 August 2012
Verified Purchase
A fun read that had me laughing, smiling, & turning pages. Bret Easton Ellis meets Anne Rice. If you're looking for a fun little aside that will entertain, this is the book for you. Anne balances YUP culture with gothic tradition in such a way that has you both laughing and groaning. This is not a bad thing at all.
Read more
2 people found this helpful
Report abuse
See all reviews
Get FREE delivery with Amazon Prime
Prime members enjoy FREE Delivery and exclusive access to movies, TV shows, music, Kindle e-books, Twitch Prime, and more.
> Get Started
Back to top
Get to Know Us
Make Money with Us
Let Us Help You
And don't forget:
© 1996-2020, Amazon.com, Inc. or its affiliates