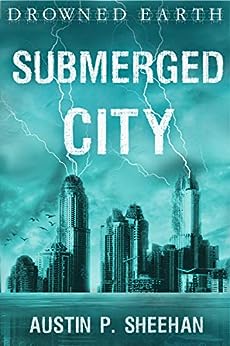 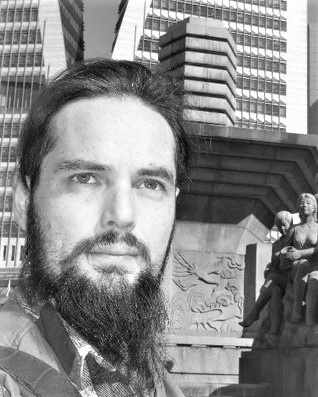 Colleen
4.0 out of 5 stars Scary and moving story of a drowned city
Reviewed in Australia on 2 December 2019
In a frightening, and frighteningly realistic, portrayal of the future of a large Australian coastal city, Sheehan describes the aftermath of 'the wave';. As so many have been predicting for so long, sea levels rise and a wave inundates the Australian city of Melbourne, killing hundreds of thousands, collapsing buildings, washing away infrastructure and completely devastating the social order. After the wave, there are two groups of Australians: those who stay in the drowned city trying to eke out an existence among the ruined skyscrapers, and those who have retreated to 'the mainland'. The story follows David and his friends, who are trying to establish a caring community among the fringe-dwellers, and Emma, an Australian Defence Force private tasked with maintaining order.

The picture Sheehan draws of a more or less post apocalyptic Melbourne are chilling, for anyone who knows and loves that friendly city. All the little details make this dystopia very real - Sydney Road underwater, the various named buildings poking up out of the sea. David and his adopted son Sal are sympathetic characters, succeeding in making the best of a very bad situation. Emma and the ADF evoke echoes of the Third Reich, going about in boats arresting innocent survivors in order to incarcerate them in labour camps, and rounding up homosexuals in accordance with the beliefs of their newly installed commander. I disliked Emma to begin with: she comes across as morally ambivalent, passively participating in various atrocities while 'just obeying orders'. But Emma has her personal revolution too, and the situation evolves.

On the whole, I enjoyed the book. The characters were rounded and likeable, the story was well told and well paced, and the scenario all too believable.I received a free copy of this book via Booksprout and am voluntarily leaving a review.

Marc Turner
5.0 out of 5 stars An excellent opening chapter for a watery apocalypse
Reviewed in Australia on 3 December 2019
A touching story of a father's commitment to protecting and saving his adopted son from an intolerant and violent regime, Submerged City is full of action, drama and suspense, set within a familiar yet tragically ruined Melbourne, with a high-octane climax. The characters pull your heartstrings and really make you believe in and hope for them, despite the odds impossibly stacked against them.
Though never shying from showing the brutal reality of his ironically lawless world, Sheehan handles the story's sensitive thematic content with poise and delicacy, showing with great deftness the internal conflict, the knife-edge balance, between weakness and strength, power and its abuse, courage and victimisation.
Great read, highly recommend.
Read more
Helpful
Report abuse

Lena
4.0 out of 5 stars Sheehan doesn't pull punches in a dystopia that feels all too close.
Reviewed in Australia on 3 April 2020
Submerged City is a fascinating novella that explores human nature and belonging, and highlights the tenuousness of hard earned basic rights.

Sheehan's narrative is tight has an easily digestible style that still allows for moments of poetic wonder in the prose, without being overdone or pretentious.

The characters are fully fleshed, relatable, and believable, and - most importantly - individual.

There are scenes that are not for the faint of heart, but this is a violent, unconquerable dystopia, so the scenes are not gratuitous or out of place.

The ending is satisfying without tying up everything in a neat package, so there is a sense that it is a beginning, not an end.

A welcome addition to the Drowned Earth series, and an excellent debut from an already respectable author.
Read more
Helpful
Report abuse

David Myers
5.0 out of 5 stars Grim and compelling dystopian fiction
Reviewed in Australia on 30 November 2019
Following the melting of the ice caps, the oceans have swallowed up many of the cities around the world. The story focuses on the people who are left scrambling to survive in what remains of Melbourne, Australia. The author paints a convincing dystopian future, all the more disturbing because the world is set only a few years in the future. The characters are believable and the challenges and social issues they face are similar in many ways to what we encounter today. The story is well written and engaging. If you are a fan of dark dystopian fiction, you won't want to miss this.

I received an early copy of this book from booksprout in exchange for a voluntary review. This has in no way influenced my comments.
Read more
Helpful
Report abuse

David Myers
5.0 out of 5 stars Grim and compelling dystopian fiction
Reviewed in Australia on 30 November 2019
Following the melting of the ice caps, the oceans have swallowed up many of the cities around the world. The story focuses on the people who are left scrambling to survive in what remains of Melbourne, Australia. The author paints a convincing dystopian future, all the more disturbing because the world is set only a few years in the future. The characters are believable and the challenges and social issues they face are similar in many ways to what we encounter today. The story is well written and engaging. If you are a fan of dark dystopian fiction, you won't want to miss this.
Read more
Helpful
Report abuse

Kindle Customer
5.0 out of 5 stars Those with a conscience lurking in a drowned city
Reviewed in Australia on 1 February 2020
A terrifying foreshadowing of what humanity are capable of in the wake of a cataclysm. When power is spread by hate speech, speaking out will only put you in peril. This story showcases the strength of relationships even after terrible loss and the camaraderie of the Aussie spirit.
Read more
Helpful
Report abuse

Veronica Strachan
5.0 out of 5 stars A frighteningly familiar dystopian future
Reviewed in Australia on 8 December 2019
Verified Purchase
Submerged City held the promise of a great read even before it began. Any doubts rapidly dissolved in the turbulent waters of this post tsunami Melbourne tale.
Sheehan has taken some of Melbourne's most iconic landmarks and peppered them with a troubled cast of characters struggling to find their way in the devastation. His read of human nature is spot on as the survivors deal with natural and man-made predators. A fledgling community hangs on by a thread, the tension and trauma are blended well in a spare writing style that keeps you turning the page for the next hit.
It's obvious the author knows his city well, not just the geography, but the culture that makes up its tapestry.
The people feel real, the plot all too plausible, and the ending - just the beginnings.
I hope there's more to the tale of Emma, David, Sal and crew.
A great read.
My only complaint, it was too short. Sequel please.
Read more
Helpful
Report abuse
See all reviews

JS
4.0 out of 5 stars Good
Reviewed in the United Kingdom on 12 April 2020
Verified Purchase
I enjoyed some of this book, think I’d have liked to hear more about before the disaster or during, as well the aftermath. The militia girl is always nauseous- but maybe you would be in this circumstance !
Read more
Report abuse
See all reviews
Back to top
Get to Know Us
Make Money with Us
Let Us Help You
And don't forget:
© 1996-2021, Amazon.com, Inc. or its affiliates