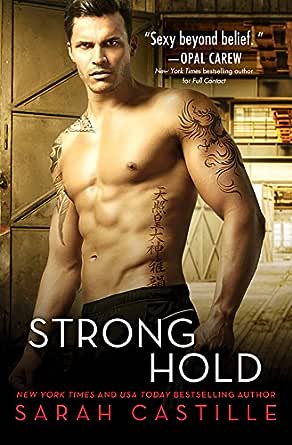 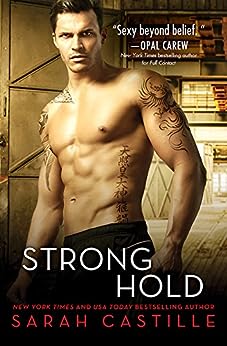 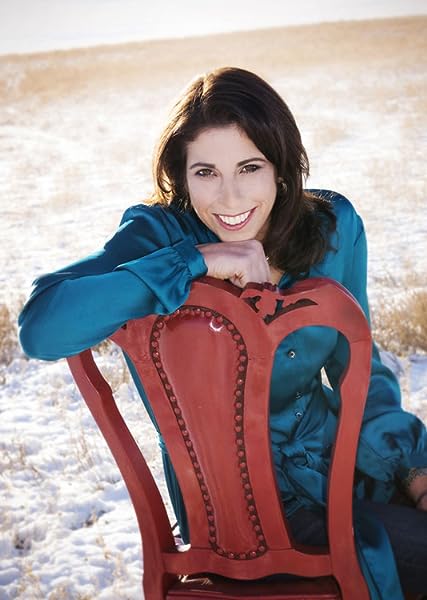 New York Times and USA Today bestselling author Sarah Castille worked and traveled abroad before trading her briefcase and stilettos for a handful of magic beans and a home near the Canadian Rockies. She writes sexy contemporary romance and romantic suspense featuring blazingly hot alpha heroes and the women who tame them.

Chandra Skyye loves bringing characters and stories to life through voice acting and singing the blues. A lover of life, she spends her spare time being creative, appreciating nature, and sharing fun times with nice people and good dogs.

John Masterson is a classically trained actor and craftsman. He currently resides in the Pacific Northwest. --This text refers to the audioCD edition.

Shelley
TOP 50 REVIEWER
5.0 out of 5 stars Holding strong 💪
Reviewed in Australia on 3 July 2018
Firstly, a big thank you to Netgalley and Sarah Castillo for my advanced copy for which I leave my honest review:) Sarah Castille is one of my go to authors as her books pack a powerful punch (yes, yes, MMA pun intended)! Shayla is the one character I have had a love hate relationship with since this series started and she found herself amongst our Redemption family, but purely for the reason that no one knew much about her and even though she fought well, she was a loner which ultimately made me sad - yes I’m much too attached to my characters when I read:) But finally her story is here, together with the man who broke her heart years ago, but he’s also a man willing to fight for her now and show her that they are both worthy of a great romance and life together!

I usually like to give more of a breakdown of the story but reading this story will pack more of an uppercut to the chin without any reveals! I would definitely recommend reading the previous books in this series as all characters are repeated throughout each and because they are kick@ss books:) Happy reading but sad to see this series end. I will always remember these characters and their stories fondly!
Read more
Helpful
Comment Report abuse
See all reviews

Ann Shearer
5.0 out of 5 stars Incredable
Reviewed in the United Kingdom on 31 July 2018
Verified Purchase
What can i say this series was fantastic love everything this author writes
Read more
Report abuse

McReadsALot
4.0 out of 5 stars the book I was waiting for
Reviewed in the United States on 4 March 2019
Verified Purchase
First things first - re: the trigger warnings - Shayla, our h, had an abusive husband and there are some vivid flashbacks of the abuse. They're all in italics and obviously flashbacks, so maybe it's not enough to trigger anybody, but they're in there.

This is the story that I've been waiting for since book 2, when Shayla showed someone pictures of her days as a ballerina as evidence that a delicate woman could become a serious fighter. I thought he (Fuzzy) was going to be her H, but this was so much better.
It's a fabulous second chance story about her first love, Zack, who left her behind to go after his fighting career with the intention of becoming worthy of her and coming back. Unfortunately, he was still quite stupid and didn't consider the repercussions of actually leaving her to follow his career. Or even, you know, telling her that he was coming back for her. He just broke her heart in one of the coldest ways possible. It was a really stupid move, and one of the few things I didn't like about this book, but I get that the story couldn't have been angsty without angst. I loved that Zack was utterly devoted once he found Shayla again, but while actions speak louder than words a girl can sometimes really need those words, and he was still occasionally TSTL.

I loved Shayla, honestly. I really loved Amanda in book 2, but Shayla may have knocked her out of Redemption's top h spot. At the very least they're sharing it. I thought she reacted to situations realistically, and in most cases really intelligently. She may have gotten a little emotional (with good cause) but her only flaw was maybe letting him back in too easily.
Since the whole book is his struggle to get back into her good graces, that doesn't sound right, and yet it felt like he kept making stupid mistakes and getting forgiven. I wanted him to really buckle down and come clean, tell her what his problem was instead of keeping his ego intact.

His ego was quite possibly the main antagonist of the story. He had to become a good fighter to believe himself worthy of her, he had to train her because he was the best, he was the one who knew everything, yadda yadda yadda. You can be the best and not rub your ego in someone's face, Zack.

This book did feel a little shorter, wrapped up a little neater and faster, but I didn't mind. It took me a few weeks to finish because I took a break when Zack irritated me and then I read some books in between.
If there was anything that was wrong with the actual writing, I can't even remember and apparently it wasn't worth highlighting to point out in a review. Good grammar, good editing, good writing all around. It could have used a little bit more polish and depth, maybe a bit more about their past and how her brother interfered with their relationship. There were lots of large jumps where their relationship grew in between, so you didn't get the wonderful feeling of watching it happen.
I love a good survivor story, and the kind of second chance love that didn't end because of cheating.
I would have loved an AU where they were happily together and she supported him through his rise to fame, too, but I'm so happy that Shayla got such a good story.
Read more
One person found this helpful
Report abuse

J Mc
4.0 out of 5 stars Enjoyed Shayla and Zack’s story.
Reviewed in the United States on 26 July 2018
Verified Purchase
This book had a good storyline and the writing was great. I enjoyed reading it. From learning about Shayla and Zack’s history to their split to the reunion and their conclusion made a great story. I hated the things Shayla went through after Zack left her but I loved seeing her get her strength and life back. I really liked Zack. He was strong, possessive in a protective way, loving, caring and an all around great guy.
There were a few important parts of the book that I felt were cut short. For example: when Damion showed up at Redemption and Shayla walked away, that was it! We knew he was about to get beat up and she mentioned to save some for Zack. That was it. No conclusion to what happened. That was really disappointing. That’s the only example I’ll give since I don’t want to include spoilers.
All in all, it was a good book and a great addition to this series.
Read more
Report abuse

lost_lotr_fan
5.0 out of 5 stars I love me some Redemption
Reviewed in the United States on 24 August 2018
Verified Purchase
Sorry that this was the last book in the series. As usual, it was great! Shilla the Killa finally finds love.

I wish she could do one about Sandy. There were so many who could have found their HEAs.
Read more
Report abuse

clheisz
4.0 out of 5 stars Could not put down
Reviewed in the United States on 23 November 2018
Verified Purchase
Loved it!!!
Read more
Report abuse
See all reviews
Get FREE delivery with Amazon Prime
Prime members enjoy FREE Delivery and exclusive access to movies, TV shows, music, Kindle e-books, Twitch Prime, and more.
> Get Started
Back to top
Get to Know Us
Make Money with Us
Let Us Help You
And don't forget:
© 1996-2020, Amazon.com, Inc. or its affiliates