The Stranger Inside and over 1.5 million other books are available for Amazon Kindle . Learn more
Share <Embed> 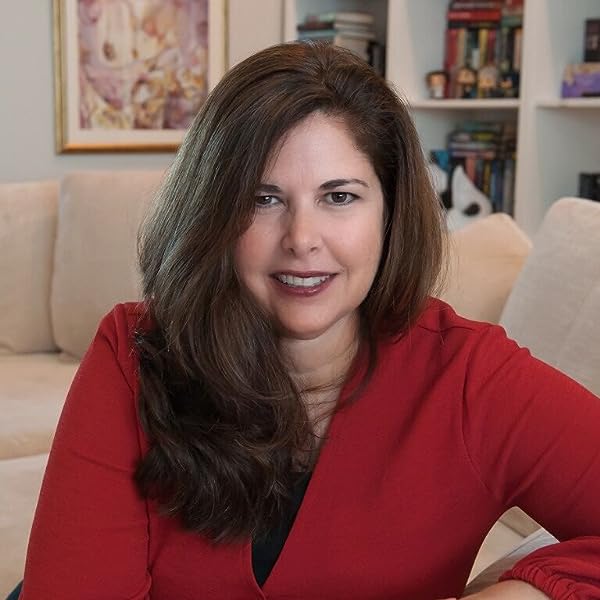 Page 1 of 1 Start overPage 1 of 1
Previous page
Next page
Start reading The Stranger Inside on your Kindle in under a minute.

"Crime fiction like you've never seen before...There's something reassuring about sliding into the hands of a seasoned professional like Unger. You know what you're getting: in this case another well-crafted psychological thriller in which the torments of the past return to wreak havoc in the present...and characters with enough feints and flourishes to keep the pages turning themselves...brilliant." --New York Times Book Review "Unger writes smart, chilling thrillers, and The Stranger Inside bodes to be one of her best." --Boston Globe "Completely unexpected and riveting." --Associated Press "Riveting...first-rate crime fiction." --Tampa Bay Times "Superb...echoes of Dennis Lehane's Mystic River." --Providence Journal "A supremely gripping and deeply considered thriller." --The Times & The Sunday Times "She draws us in by ratcheting up the suspense." --Florida Times-Union "Surviving a crime is the beginning of the story, not the end, in this astute, engrossing thriller." --Kirkus, starred review "A complex game of cat and mouse...Readers captivated by the works of B.A. Paris and Gillian Flynn will relish this psychological thriller." --Library Journal "Unger's latest thriller relentlessly uncovers a multitude of secrets, leading readers down a delicious path of fear, lies, and long-awaited justice, with an ending that will leave jaws dropping." --Booklist "Cleverly plotted...Unger's well-honed craft shows in her unmasking the avenger early on and using the reveal to ratchet up suspense. She also squirrels away several startling trump cards for later." --Publishers Weekly "A brilliant, chilling tale of justice, revenge and one woman's dark past." --BookPage "Loved it!! Frightening, utterly compelling but also sharply insightful, compassionate and with a dark, atmospheric heart. Highly recommended." --Gilly Macmillan, New York Times Bestselling Author of The Nanny "A darkly thrilling tale of survival and obsession. Lisa Unger never disappoints." --Riley Sager, bestselling author of Lock Every Door "It's not often that I'm stunned by the ending to a novel. But The Stranger Inside is rich with surprise from the very first page. It's a smart, taut thriller." --Chris Bohjalian, #1 bestselling author of The Flight Attendant and Midwives "Tense, atmospheric and addictive, The Stranger Inside is an utterly unforgettable tale of justice, revenge and good vs. evil. And with one of the most compelling antagonists I've read in a very long time, this book hits my top five books this summer. The Stranger Inside was, quite simply, phenomenal." --Christina McDonald, USA Today bestselling author of The Night Olivia Fell "An intense, often-hypnotic split narrative, Stranger Inside offers a compelling and compassionate view into minds both broken and re-formed by trauma." --Chatelaine Magazine "Unger is masterful at creating villains--I'll say no more--and for her heroines who are vulnerable but always strong." --CrimeReads "Unger blurs the lines of right and wrong in this riveting thriller." --BookBub "Like most of Lisa Unger's work, The Stranger Inside is can't-put-down-able." --PopSugar "Gripping edge-of-the-seat...riveting psychological suspense." --The Sunday Post "Thrilling read!" --Criminal Element "Unger is a sure bet for those seeking a nail-biting thriller with enough twists and turns to have you gasping for air by the time you finally reach the ending." --The Real Book Spy "I could rant and rave about so many facets of this story, but at the end of the day, what you most need to know is this: The Stranger Inside packs huge entertainment value and psychological heft into a suspense novel you'll fly through in just a couple sittings." --Crime By The Book "Unger delves deeper into the human psyche than she possibly ever has gone before -- and that is saying something as she already is one of the best out there at depicting psychological terror and moral ambiguity in her characters." --BookReporter

Lisa Unger is the NYT bestselling author of 18 novels. Her books are published in 26 languages, with millions of readers worldwide. In 2019, she received two Edgar Award nominations, an honor held by only a few writers including Agatha Christie. Her work has been voted "Best of the Year" or top picks by Today, People, GMA, EW, Amazon, IndieBound and many others. She has written for the NYT, WSJ, NPR, and Travel+Leisure. She lives in Florida with her family.

4.3 out of 5 stars
4.3 out of 5
215 global ratings
How are ratings calculated?
To calculate the overall star rating and percentage breakdown by star, we don’t use a simple average. Instead, our system considers things like how recent a review is and if the reviewer bought the item on Amazon. It also analyses reviews to verify trustworthiness.

L.W
5.0 out of 5 stars Wow
Reviewed in Australia on 26 September 2019
Verified Purchase
Couldn't put the book down.Lots of twists and turns which I didn't predict.I liked the ending,all in all a very good read.
Read more
Helpful
Report abuse
See all reviews

Sabrina Herrington
5.0 out of 5 stars Great Book!
Reviewed in Canada on 11 December 2019
Verified Purchase
This book was amazing. I was a little apprehensive initially after reading the reviews, however the suspense and the psychological insight makes you feel like a part of the story. Like you can feel what the characters are feeling. Definitely Recommend!
Read more
Report abuse

Print MD
2.0 out of 5 stars Another disappointment ! What happened to the old Ms. Unger ???
Reviewed in the United States on 3 October 2019
Verified Purchase
At 35% started to drag with nothing happening. Ms. Unger's writing does flow and I kept hoping something would happen. Somehow I made it to 80% and still didn't care for or have any connection with the characters. I had no desire to see how the book ended. Her last book, Under My Skin, and this one were bombs for me. Most of her previous books received 4/5 stars. I will probably think twice about her next one
Read more
27 people found this helpful
Report abuse

Alix Maza
2.0 out of 5 stars Did not finish!
Reviewed in the United States on 10 December 2019
Verified Purchase
A BIG FAT DNF!

Actually, I was in a buddy read for this one and the majority of the group loved it so I was ready to love it also.

Sorry all, I just didn't connect.

There were ominous signs that I chose to ignore:

1. I totally forgot I was supposed to read it till the night before the first chat
2. Why can't eye rolling be a legit workout because I'm pretty sure mine rolled the equivalent of a couple miles
3. I found myself dreading picking up the book

Rain was okay at first, but as the book went on I got annoyed with her character. I understand that you went through a lot, but GIRL SHUT UP.

Greg- just ugh. I know you're hiding something, I just don't care enough to find out.

The writing was good! A LOT of it is repetitive. Mind numbingly so.

Okay, I'm going through the reviews and I am definitely in the minority on this one.

Read more
15 people found this helpful
Report abuse
See all reviews
Get FREE delivery with Amazon Prime
Prime members enjoy FREE Delivery and exclusive access to movies, TV shows, music, Kindle e-books, Twitch Prime, and more.
> Get Started
Back to top
Get to Know Us
Make Money with Us
Let Us Help You
And don't forget:
© 1996-2020, Amazon.com, Inc. or its affiliates