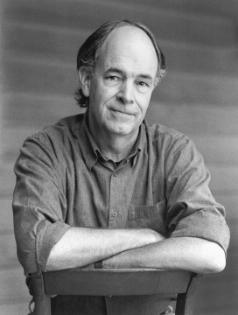 Stranger in the Forest: On Foot Across Borneo Paperback – 1 December 2000

by Eric Hansen (Author)
4.8 out of 5 stars 41 ratings
See all formats and editions
Sorry, there was a problem loading this page. Try again.

"[A] book in the highest tradition of travel writing, encompassing grace, curiosity, and fear."--The Washington Post "[A] gracefully written and passionate--account of a strange world made palpable, written with disarming modesty and rare sensitivity."--The New York Times Book Review "One reads it and simply marvels."--Outside

Eric Hansen was the first westerner ever to walk across the island of Borneo. Completely cut off from the outside world for seven months, he traveled nearly 1,500 miles with small bands of nomadic hunters known as Penan. Beneath the rain forest canopy, they trekked through a hauntingly beautiful jungle where snakes and frogs fly, pigs climb trees, giant carnivorous plants eat mice, and mushrooms glow at night.
At once a modern classic of travel literature and a gripping adventure story, Stranger in the Forest provides a rare and intimate look at the vanishing way of life of one of the last surviving groups of rain forest dwellers. Hansen's absorbing, and often chilling, account of his exploits is tempered with the humor and humanity that prompted the Penan to take him into their world and to share their secrets.

Eric Hansen lives in San Francisco, California.
Read more
Tell the Publisher!
I’d like to read this book on Kindle

4.8 out of 5 stars
4.8 out of 5
41 global ratings
How are ratings calculated?
To calculate the overall star rating and percentage breakdown by star, we don’t use a simple average. Instead, our system considers things like how recent a review is and if the reviewer bought the item on Amazon. It also analyses reviews to verify trustworthiness.

Jules
5.0 out of 5 stars Great adventure and a great read
Reviewed in the United Kingdom on 5 May 2016
Verified Purchase
An incredible tale of life in the jungles of Borneo, which immerses you in the culture, tribal factions and existence of the rain forest people.

Engagingly written with great descriptions of the characters, scenery and wildlife, you get a clear sense of the absurdity of western influence and its destructive impact on centuries old ways of life.

A satisfyingly well written and absorbing story, which leaves you wondering about materiality and purpose in life.
Read more
2 people found this helpful
Report abuse

DLW
4.0 out of 5 stars Borneo on the ground
Reviewed in Canada on 19 April 2016
Verified Purchase
A recent visit to Borneo made this diary a must read. The sad demise of indigenous culture in recent times along with the destruction of the forests for furniture or palm oil makes this book a useful read. The book takes a while to find it's voice but in the end was entirely worthwhile. There are still areas with forests as they used to be but their destruction is continuing. Ecotourism, properly managed, offers a chance to preserve what is left.
Read more
Report abuse

Jim M.
4.0 out of 5 stars A good story, well told; but still a bit puzzling
Reviewed in the United States on 7 March 2019
Verified Purchase
Certainly an enjoyable read, which kept me interested until the end. Reminiscent in a lot of ways of Redmond O'Hanlon's "Into the Heart of Borneo". Both describe the authors' ill-conceived journeys into Borneo's wilderness, with the primary goal being an adventure through untamed nature and non-Western cultures. The O'Hanlon book is funnier and more whimsical, but I learned more about the people and culture from Hansen's book.

Still, I feel as though Hansen never really explains his full motivations for his journey. He reveals only at the very end that he evaded the Vietnam draft. I certainly cannot blame him for that, but it does suggest the full motivation for, and circumstances of, his journey are not explained in the book.

One other small point is that he seems relatively insensitive to conservation concerns. Granted, his journey was prior to the worst of the damage that has been done to Borneo's environment, but he still never expresses a single qualm about eating rare hornbills or helping the natives capture birds for the mostly illilcit pet bird trade that is a serious threat to endangered birds throughout Southeast Asia.
Read more
5 people found this helpful
Report abuse

Avid Reader
5.0 out of 5 stars Brought back memories
Reviewed in the United States on 13 October 2019
Verified Purchase
I was a Peace Corps volunteer in Sarawak near the border of Indonesia's Kalimantan. This trek across the island through the rain forest brought back memories and I only wish I had kept a journal when I was there from 1966-1969. I recall shop keepers in our town playing tricks on the Penan who came in occasionally from the forest for a few things from town. I witnessed them giving tiny pastel flower shaped soaps to them and telling them it was kueh, or cake, laughing hysterically when the forest people spit out the soap. This book was filled with authentic detail. I was so ahppy to have found it.
Read more
3 people found this helpful
Report abuse
See all reviews
Back to top
Get to Know Us
Make Money with Us
Let Us Help You
And don't forget:
© 1996-2021, Amazon.com, Inc. or its affiliates