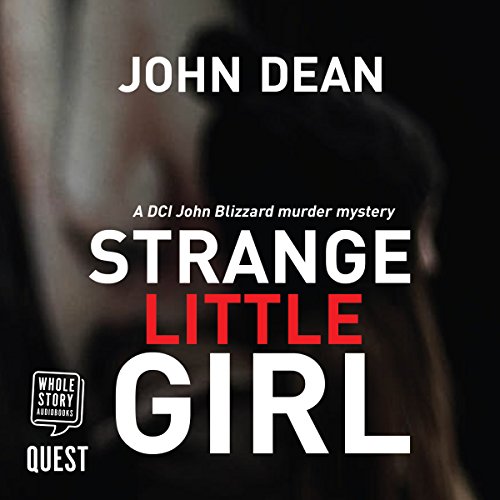 4.3 out of 5 stars
4.3 out of 5
261 global ratings
How are ratings calculated?
To calculate the overall star rating and percentage breakdown by star, we don’t use a simple average. Instead, our system considers things like how recent a review is and if the reviewer bought the item on Amazon. It also analyses reviews to verify trustworthiness.

Peter the constant reader
TOP 100 REVIEWER
4.0 out of 5 stars Stormy crimes
Reviewed in Australia on 5 September 2020
Verified Purchase
There's lots of action as Blizzard tries to solve a cold case about the murder of a young girl. Then the major suspect the father is murdered. In the background there is a paedophile ring. How are all these related.

I cant forgive Blizzard for the selfish way he treats Fee while he indulges his hobbies and denies her dearest wish.
Read more
Helpful
Report abuse

Maureen
4.0 out of 5 stars Enjoyed this
Reviewed in Australia on 4 March 2021
Verified Purchase
Blizzard and his team are investigating a cold case which Blizzard was involved in in his early days on the Force. Something sinister rears its head during the investigation and they are then wondering if there is any link. A really good read.
Read more
Helpful
Report abuse

Toots Sullivan
TOP 500 REVIEWER
4.0 out of 5 stars Quite good
Reviewed in Australia on 5 February 2019
Verified Purchase
I did enjoy the story in this book, the plots are quite well written with good characteristics of the people concerned. But the swearing, blasphemy and cursing which became more prevalent as the book went on was a downer for me. The subject of the child sex ring was very awful.
Read more
Helpful
Report abuse

Kindle Customer FW
5.0 out of 5 stars Great
Reviewed in Australia on 27 December 2017
Tremendous follow up to John Blizzard's first book. Murder and a paedophile ring,makes for an engrossing read. Detection first rate, and could not put it down. Am really looking forward to reading the next instalment.
Read more
Helpful
Report abuse
See all reviews

amazon customer
5.0 out of 5 stars great read
Reviewed in the United Kingdom on 27 October 2017
Verified Purchase
A very enjoyable murder mystery thriller. DCI John Blizzard is after a crime ring while dealing with 'stuffed shifts' at police headquarters who don't know how things work down on the ground. Great read, I'll be looking for more from this author.
Read more
2 people found this helpful
Report abuse

Father Ted
4.0 out of 5 stars "A good police procedural"
Reviewed in the United Kingdom on 6 May 2019
Verified Purchase
A strong central character in DCI Blizzard and a supporting cast of coppers who give the whole thing plenty of variety. The villains are as evil as you want them to be and the pace of the action is steady and consistent. You know everything will turn out OK in the end but as in all good thrillers not everyone emerges unscathed.
Read more
Report abuse

A R Cater
5.0 out of 5 stars Good plot and a page turner
Reviewed in the United Kingdom on 31 January 2019
Verified Purchase
Came across this book in a promotional email and liked the synopsis so I bought it. The plot is well constructed and the story telling is compulsive. Saved it on my phone’s Kindle app and read it in one day during a short stay in hospital. Made the time fly by.
Read more
Report abuse

Amazon Customer
5.0 out of 5 stars Strange little girl
Reviewed in the United Kingdom on 6 May 2019
Verified Purchase
A strong story of loyalty and commitment around a quite distressing topic. It is tinged with humour and competitiveness but has a strong serious thread. An interesting read.
Read more
Report abuse

KJD
4.0 out of 5 stars Pretty good procedural.
Reviewed in the United Kingdom on 16 April 2019
Verified Purchase
A decent effort. Passes the time nicely.
Apart from the rather old-fashioned feel to the writing (omni voice seems outdated these days), this is acceptable fare.
Read more
Report abuse
See all reviews
Back to top
Get to Know Us
Make Money with Us
Let Us Help You
And don't forget:
© 1996-2021, Amazon.com, Inc. or its affiliates