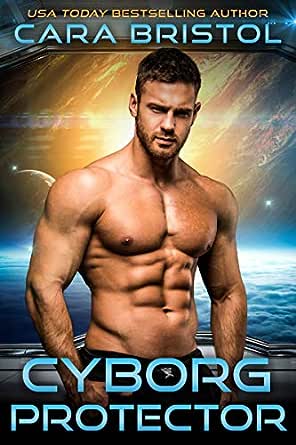 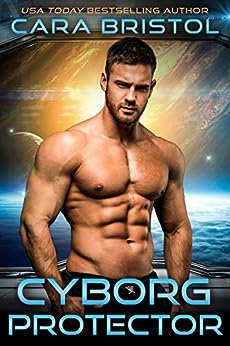 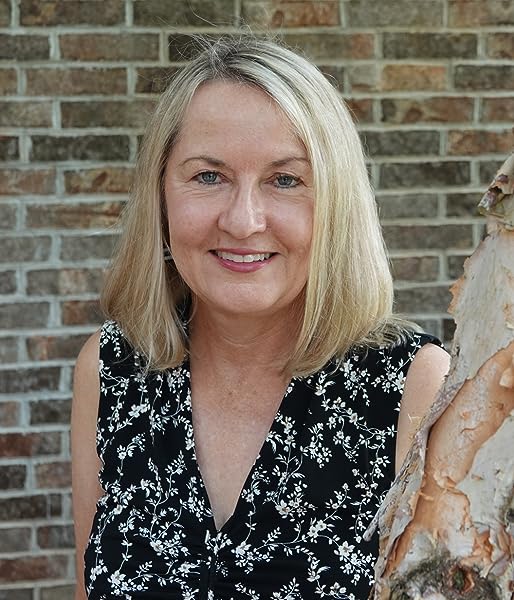 4.2 out of 5 stars
4.2 out of 5
212 global ratings
How are ratings calculated?
To calculate the overall star rating and percentage breakdown by star, we don’t use a simple average. Instead, our system considers things like how recent a review is and if the reviewer bought the item on Amazon. It also analyses reviews to verify trustworthiness.

Sewsummore
TOP 500 REVIEWER
5.0 out of 5 stars Fake husband for the Ambassador!
Reviewed in Australia on 10 July 2020
Verified Purchase
As a young teenager, Penelope was a "pain in the ass" for her protective detail and especially for Brock, a young officer in the Central Protection Division. Penelope had been the daughter of the President of the Terra United at the time, and Brock was her security detail. Now, as an Ambassador, she had been instrumental in brokering a meeting with the Xenian Emperor, and the former President had explicitly asked for Brock to be her bodyguard. A lot had happened to him during the intervening years. He had been the only survivor of a mission gone wrong, but his life had survived, and with the addition of cyborg implants was a man many feared to cross. Posing as Penelope's husband was not a position he wanted, but he had been over-ruled. Penelope also had changed in the intervening years since Brock had last seen her. She had grown into a beautiful, dedicated woman, and although she was unhappy with the choice of a bodyguard, she did not hesitate to apologize for the trouble she had caused him. It was due to his specialized abilities that the two of them had survived two assassination attempts and crash landing on an inhospitable planet. During this time, they had many dangers to overcome that had bought them closer together. But a rash outburst from Penelope had destroyed their relationship once again. I enjoyed reading this book and Broke and Penelope's relationship with each other. After their rescue did, they finally accept their love and attraction for each other? You will have to read the book for yourself for the answer.
I received a free copy of this book via Booksprout and am voluntarily leaving an honest review.
Read more
Helpful
Comment Report abuse

Anna O
TOP 1000 REVIEWER
5.0 out of 5 stars Hot cyborg romance
Reviewed in Australia on 26 April 2018
Verified Purchase
I love strong heroes, especially cyborgs. On a diplomatic peace mission, Ambassador Penelope, against her wishes, is assigned a body guard who will pose as her husband. Her fake husband turns out to be Brock Mann, a body guard she once falsely accused of inappropriate behaviour when she was a rebellious teenager with a crush him. Still willful and naive, Penelope AKA PIA to Brock, tries to ditch his protection but can't deny her continuing attraction to Brock. Sabotage of the diplomatic flight results in both stranded on an uninhabited planet with Brock trying to keep secret his new status as a covert ops cyborg, a transformation after a near death event in the 10 years separation. Great story, well developed relationship and lots of action and suspense. A must read stand alone for mature audience with a HEA.
Read more
Helpful
Comment Report abuse

MJ de G
TOP 1000 REVIEWER
5.0 out of 5 stars Love Brock and Pia
Reviewed in Australia on 17 June 2016
Verified Purchase
This book was recommended by one of my favorite authors, Anna Hackett on her Facebook page this week. I picked it up as my book for the day and read it in my commute to and from work. I love it! It was action-packed from beginning to end. This was sort of a second-chance romance. Brock was a security detail to 16 year old Penelope many years ago when she earned her monicker, Pia which to him meant pain in the ass. It was also her initials. She got him into trouble back then but her mother being the president knew of her daughter's antics and exonerated him of Pia's false charges. Brock moved on to another agency and nearly lost his life. His only chance of survival was to become a cyborg. Fate had plans for both Penelope and Brock after 10 years when they met again and she was all grown up now and was newly appointed ambassador. She had regretted the things she said and did to him way back then and she was given the chance to make it up to him when once again, he became her security detail. Pia's life was in danger as she was identified as a target of a terrorist group. Someone needed to protect her on the most important mission of her life and who better protect her than a cyborg? I love second chance romances! Pia's character is smart and sassy and passionate. Brock is all alpha male with a heart. This is my kind of sci-fi romance.
Read more
2 people found this helpful
Helpful
Comment Report abuse

Leyns
TOP 500 REVIEWER
3.0 out of 5 stars Nice.
Reviewed in Australia on 15 November 2018
Verified Purchase
It was a cute read. The heroine started off still acting like the rebellious teenager she claimed she ‘used’ to be. I didn’t see her as being mature enough to be an ambassador. Otherwise, I liked the storyline.
Read more
Helpful
Comment Report abuse

Rachie Reads
TOP 1000 REVIEWER
5.0 out of 5 stars Outta this world!
Reviewed in Australia on 24 May 2017
Verified Purchase
I really enjoyed the way the author of this book balanced the delicate line between man and machine. It just goes to show, that even with a micro computer on board, a man still has a heart and needs!
Read more
One person found this helpful
Helpful
Comment Report abuse

Imee_Benz
TOP 500 REVIEWER
5.0 out of 5 stars *** Stranded with a Cyborg***
Reviewed in Australia on 12 August 2018
Verified Purchase
This is a fast paced thrilling entertaining read. I love how a Cyborg and his previous job as bodyguard comes back in his present and changed life and manage to turn his life upside down again.
Read more
Helpful
Comment Report abuse

Pauline T Dixon
5.0 out of 5 stars Stranded
Reviewed in Australia on 5 September 2016
Verified Purchase
Enjoyable read, this look to be the start of an interesting series, Pia and Brocks story is just the beginning
Read more
Helpful
Comment Report abuse

Pat W
5.0 out of 5 stars Fantastic start to a new cyborg series
Reviewed in the United Kingdom on 3 July 2020
Verified Purchase
Fantastic start to a new series. I felt this book had lots to offer, exciting characters and storyline. He didn’t want to fall for her but when you get put in a situation it happens. The chemistry between them was very well written I thought , a very good start
Read more
Report abuse

Kindle Customer
5.0 out of 5 stars Cyborg newbie.
Reviewed in the United Kingdom on 9 July 2018
Verified Purchase
Not my usual thing so I was sceptical when I joined a buddy read for this, but this book was intelligently written with a good story and likeable characters.
I definitely wouldn't rule out cyborg romance in the future.
Read more
Report abuse

Kindle Customer
5.0 out of 5 stars Light hearted despite the bad guys
Reviewed in the United Kingdom on 15 August 2016
Verified Purchase
This is easy reading entertainment. Two battling individuals with a negative history who are forced back together in challenging circumstances. Bad guy was suitably irritating but it was all just easy flow with likable characters. A bit of Sunday afternoon escapism. Will definitely investigate the rest of the series.
Read more
Report abuse

Margaret
5.0 out of 5 stars Definitely a 5 star story! A real page-turner! I highly recommend it!!
Reviewed in the United Kingdom on 28 June 2016
Verified Purchase
I loved this romance story. It is well written with well rounded characters and great scenery. The author descriptions are wonderful and very evocative. It is easy for the reader to imagine a galaxy thousands of years from now. The story is sweet written from both characters point of view. Just a lovely love story!
Read more
Report abuse

sonya
3.0 out of 5 stars Disappointed read
Reviewed in the United Kingdom on 30 April 2017
Verified Purchase
Loved the concept but was just a romance novel, thought it would be more about the cyborg side as the potential there for an excellent read, it seemed like two stories meshed together and was really disappointed.
Read more
Report abuse
See all reviews
Get FREE delivery with Amazon Prime
Prime members enjoy FREE Delivery and exclusive access to movies, TV shows, music, Kindle e-books, Twitch Prime, and more.
> Get Started
Back to top
Get to Know Us
Make Money with Us
Let Us Help You
And don't forget:
© 1996-2020, Amazon.com, Inc. or its affiliates