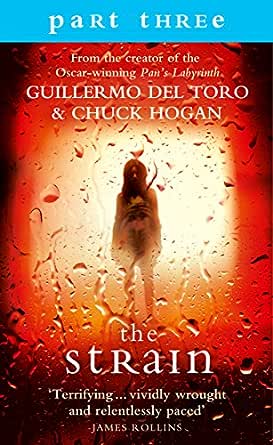 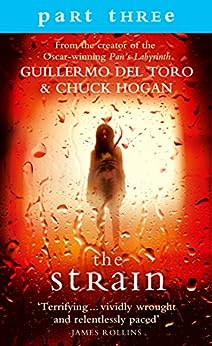 The Strain: Part 3, Sections 10 to 13 inclusive: A gripping suspense thriller that will keep you hooked from the first page to the last! Kindle Edition

‘The first in a trilogy that soars with spellbinding intrigue.Truly, an unforgettable tale you can’t put down once you read the first page. I can’t wait until the next one.’ Clive Cussler

‘Blood and apocalypse mix in a terrifying story that feels like it was ripped from today's headlines. Vividly wrought and relentlessly paced, THE STRAIN haunts as much as it terrifies. I cannot wait to see where Del Toro and Hogan take us next.’ James Rollins

‘A rattling piece of escapism’ The Times

‘Del Toro and Hogan succeed in constructing a driving plot and delivering a gripping conclusion. Great characters … and a flair for striking scenes get this trilogy off to a first-rate start. Kirkus Reviews

Guillermo Del Toro has enjoyed huge critical and commercial success as a film director in both his native Mexico and Hollywood. His works include Pan’s Labyrinth, The Devil’s Backbone, Blade II and Hellboy. He lives in Los Angeles with his wife and children.

Chuck Hogan was a video store clerk in Boston when his first thriller, ‘The Standoff’, was published to critical acclaim and went on to become a US bestseller, translated into fourteen international editions. The film rights to his third novel, ‘Prince of Thieves’ is in development with Warner Brothers, with Ben Afflect signed up to direct and star.

A gripping suspense thriller that will keep you hooked from the first page to the last!

wendyredrobin
1.0 out of 5 stars Very dissappointed with Amazon
Reviewed in the United Kingdom on 31 August 2015
Verified Purchase
Bought this thinking it was additional chapters to the book I'd already purchased - but no it was just the serialised version
Read more
Report abuse

F Booth
1.0 out of 5 stars What a waste of money. I read all of this in the previous books. I suggest you either skip this one, or start here.
Reviewed in the United Kingdom on 11 December 2014
Verified Purchase
All of this I read in books 1 and 2. I suggest you skip this one. A huge waste of money. Which is a disappointment as the previous books have been really interesting.
This I would give no rating. But to post I had to give it a one.