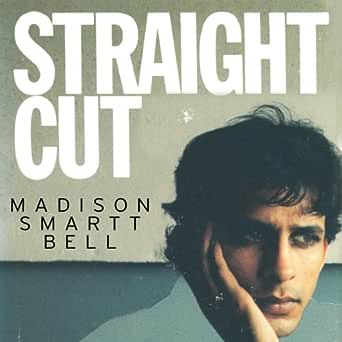 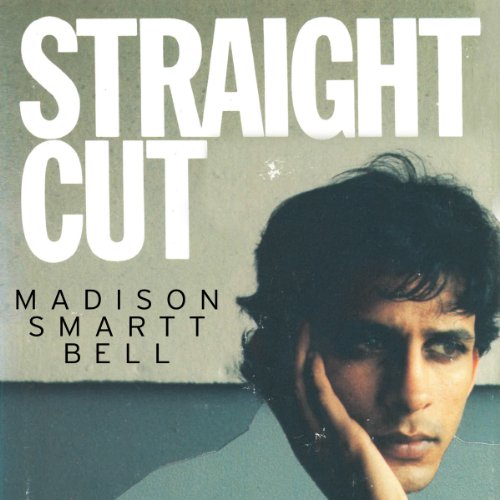 3.2 out of 5 stars
3.2 out of 5
7 global ratings
How are ratings calculated?
To calculate the overall star rating and percentage breakdown by star, we don’t use a simple average. Instead, our system considers things like how recent a review is and if the reviewer bought the item on Amazon. It also analyses reviews to verify trustworthiness.

J. Shurin
3.0 out of 5 stars Mediocre 80s Noir
Reviewed in the United Kingdom on 2 August 2011
Verified Purchase
Straight Cut, by Madison Smartt Bell was originally published in 1986 and, I'm sad to say, lets the side down. Republished in 2006, Straight Cut tells the story of Tracy Bateman, a freelance film editor and full-time jaded existentialist. The book starts promisingly enough - Tracy is on his crumbling family farm, actively not drinking while the buildings (and livestock) fall apart around him. In between glaring angrily at a half-full bottle and flipping through his copy of Kierkegaard, Tracy becomes aware that his dog is deathly ill. The decision to put his pet down is a rough one, and helps establish Tracy as jaded, worn and not-quite-as tough as he puts on.

Sadly, as the story kicks in, Tracy becomes less and less appealing. Hauled out of his hermitage to edit a film in Rome, he becomes reacquainted with his former partner (Kevin) and his former wife (Lauren). The three form a peculiar love-hate triangle, made all the more gruesome by the fact that they're deeply unlikeable people. Tracy, as the narrator, is most empathetic, but he varies between periods of self-aware (and self-indulgent) weakness and reluctant asskickery. Most of the time he hovers in between the two points, meandering about in a self-absorbed fashion.

The adventure itself is also bit stultifying. Tracy, Lauren and Kevin are all involved in a complex heroin-smuggling operation that only increases their overall unlikeability. Due to his reluctance and rough chivalry, Tracy still comes out the best of the three, but, no matter what, it is hard for the reader to share his victory in getting a briefcase filled with heroin into New York City.

Perhaps the real villain here is the 1980s. Long-lived, socio-empathetic writers like Ed McBain and John D. MacDonald both foundered during this decade. Capitalistic ennui and resurgent class struggles required a rethink of the traditional noir model. Bizarrely, the reluctant adulterer or the clumsy blackmailer became outmoded - replaced by the rapist, the drug smuggler and the serial killer. It took a new class of writer to bring sensitivity to the 1980's criminal, and I'm afraid that, in this book, Mr. Bell doesn't crack it.

Dave Wilde
3.0 out of 5 stars The Straight Dope
Reviewed in the United States on 7 May 2014
Verified Purchase
In 1984, Madison Smartt Bell wrote his first novel at the ripe age ofrtwenty-two, The Washington Square Ensemble. He followed that up with 1985's Waiting for the End of the World, and 1986's Straight Cut. Other novels explored historical epochs such as the South, Vietnam, Haiti's Slave Rebellion, but Straight Cut stands as Bell's foray into the hardboiled crime arena.

The basic story in Straight Cut is a love triangle between two best friends, Tracy and Kevin, both in the film business, and Lauren, a strikingly beautiful woman, who Tracy marries ostensibly to help her with immigration issues, although he subsequently falls in love with her. It's never clear if it was ever intended to be a real marriage or who is committed to whom. Kevin offers Tracy a job editing a film in Rome, offering twice what Tracy considers to be market rate and Tracy, although he has misgivings, accepts and heads to Rome, only to find that the film is a mess and wondering what the real deal Kevin is involved in is. One day he comes home, stopping first at the trattoria downstairs, only to hear that his wife has returned. Tracy has had a wife on paper, but never a real marriage. He finds that Lauren has been in Europe and is muling a suitcase full of money at Kevin's behest. He sends Lauren home and takes over the muling, wondering all along if that had been Kevin's plan, given that Kevin knows him so well.

Eventually, the story morphs from a self-indulgent love story ostensibly about film editing to a cutthroat heroin deal that takes Tracy across international borders and pursued by gun-toting Bulgarian criminals.

There is underneath everything a strong, hardboiled plot, but it seems lost amidst the lengthy expositions on Tracy's work on the film and his meanderings through Italy. Granted that Bell is an accomplished writer, but this work could have used some editing just as the film Tracy works on did, but that's not the method to this writing.

Overall, it is worth reading, but it is like watching a slow-paced film grind on rather than the frenetic pace of most hardboiled crime novels.
Read more
One person found this helpful
Report abuse

Jennifer Hing
3.0 out of 5 stars Long winded but a decent story.
Reviewed in the United States on 1 September 2020
Verified Purchase
I had high hopes for this book as I heard it was a great thriller. So it was disappointing. There’s so much unnecessary explanations of the main characters work, and other unnecessary details. It was a good story, but could have been told in half the pages.
Read more
Report abuse