The Story of B (Ishmael Series Book 2) and over 1.5 million other books are available for Amazon Kindle . Learn more
Share <Embed> 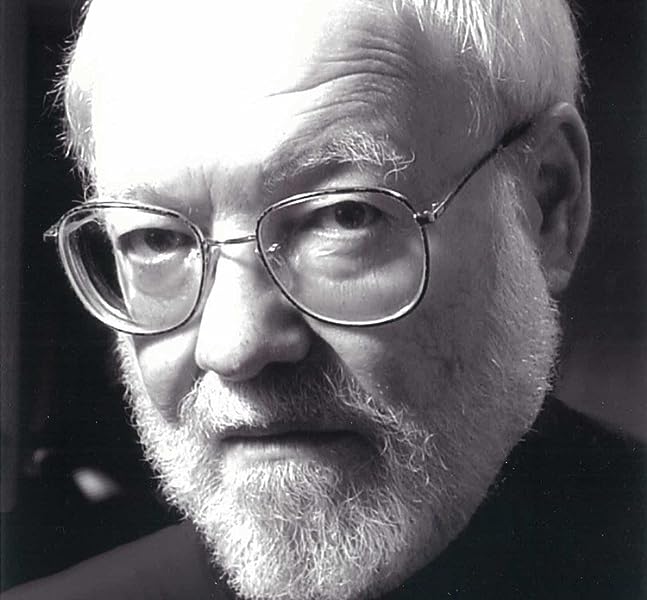 Page 1 of 1 Start overPage 1 of 1
This shopping feature will continue to load items when the Enter key is pressed. In order to navigate out of this carousel please use your heading shortcut key to navigate to the next or previous heading.
Back
Next
Start reading The Story of B (Ishmael Series Book 2) on your Kindle in under a minute.

"The Story of B combines Daniel Quinn's provocative and visionary ideas with a masterfully plotted story of adventure and suspense in this stunning, resonant novel that is sure to stay with readers long after they have finished the last page. Father Jared Osborne--bound by a centuries-old mandate held by his order to know before all others that the Antichrist is among us--is sent to Europe on a mission to find a peripatetic preacher whose radical message is attracting a growing circle of followers. The target of Osborne's investigation is an American known only as B. He isn't teaching New Age platitudes or building a fanatical following; instead, he is quietly uncovering the hidden history of our planet, redefining the fall of man, and retracing a path of human spirituality that extends millions of years into the past. From the beginning, Fr. Osborne is stunned, outraged, and awed by the simplicity and profundity of B's teachings. Is B merely a heretic--or is he the Antichrist sent to seduce humanity not with wickedness, but with ideas more alluring than those of traditional religion? With surprising twists and fascinating characters, "The Story of B answers this question as it sends readers on an intellectual journey that will forever change the way they view spirituality, human history, and, indeed, the state of our present world.

Daniel Quinn grew up in Omaha, Nebraska, and studied at St. Louis University, the University of Vienna, and Loyola University of Chicago. He worked in Chicago-area publishing for twenty years before beginning work on the book for which he is best known, Ishmael. In 1991, this book was chosen from among some 2,500 international entrants in the Turner Tomorrow competition to win the half-million dollar prize for a novel offering "creative and positive solutions to global problems." It has subsequently sold more than a million copies in English, is available in some thirty languages, and has been used in high schools and colleges worldwide in courses as varied as philosophy, geography, ecology, archaeology, history, biology, zoology, anthropology, political science, economics, and sociology. Subsequent works include Providence, The Story of B, My Ishmael: A Sequel, Beyond Civilization, After Dachau, The Holy, At Woomeroo, The Invisibility of Success, and The Teachings. Daniel Quinn died in 2018.

4.7 out of 5 stars
4.7 out of 5
295 global ratings
How are ratings calculated?
To calculate the overall star rating and percentage breakdown by star, we don’t use a simple average. Instead, our system considers things like how recent a review is and if the reviewer bought the item on Amazon. It also analyses reviews to verify trustworthiness.

jos
5.0 out of 5 stars Must read
Reviewed in Australia on 17 August 2020
Verified Purchase
As per description an amazing explanation from which much learning should be taken.

My Ishmael will be straight up the next Quinn I will read.

Shaun Carter
5.0 out of 5 stars If you read one book in your life, read this one!
Reviewed in the United Kingdom on 17 June 2010
Verified Purchase
This is perhaps the most inspiring and thought-provoking book I have ever read. It is not based on religion, opinion, or just one persons interpretation of life on Earth. It is based on observations in the real world, observations that many of us ignore and are blind to. We are destroying this planet and all life along with it, and when that happens, the human race will cease to be. Fact!

This world is a beautiful place, and the life processes and evolution within it works perfectly. It has been this way for millions of years, and suddenly humans develop a culture that will ultimately destroy all life. Humans have lived in harmony with nature for 190,000 years, have developed language, art, communication, and an understanding and respect of all the other beings within the community of life around them. They took only what was needed, nothing was wasted, and they showed respect when taking other lifes needed to survive. Humans and nature were one.

Then suddenly 10,000 years ago humans developed a culture which controlled everything around them including nature. This culture set out to control and destroy all life, and nothing has changed since. Religion is just one factor of such control, and which is why when humans were living for 190,000 years without religion, they were able to live in peace with nature and all beings within the community of life. Humans were not meant to live the culture we are living now.

This is what the book teaches, this is the lesson Quinn is trying to spread. Human life depends on other life on Earth, and yet this human culture is determined to kill and control all life. This book talks about animism which is not a religion, but a simple belief in life. A belief that respects all life. This book has the power to change human vision of the world, and I hope all who read it will be changed as I was. Highly recommended reading for every human on this planet!

mr-internet
4.0 out of 5 stars I read this after Ishmael. For people who found ...
Reviewed in the United Kingdom on 26 August 2016
Verified Purchase
I read this after Ishmael. For people who found the lessons Ishmael taught important or life changing there is only a little more depth added to them in this (the teachings of B, relegated to a seperate section of this book, were hard to read for me, and I skipped through a lot of it since it was mostly just repeating what Ishmael already taught, albeit in a more interesting fashion- I guess I'm not ripe for maietic teaching), but the story itself is gripping, particularly from the 2nd half onward. I found it hard to put down. I wouldn't call this a must-read, but it's definitely a should-read.
Read more
2 people found this helpful
Report abuse

Amazon Customer
5.0 out of 5 stars Open your eyes!
Reviewed in the United Kingdom on 26 July 2020
Verified Purchase
A slightly easier read than 'Ishmael', perhaps due to being set amongst a Dan Brown-esque thriller (with far more emphasis on the message). Exudes a feel that Daniel Quinn wanted to answer rebuttals from his original novel with the far more detailed lectures contained within (although smartly leaves these in the back of the book as 'optional' reading). Not much else to say other than what others have said before; a true classic and a must-read. Anyone despairing with the world needs a copy
Read more
Report abuse

A. Celeste
5.0 out of 5 stars Entertaining with deep thoughts !
Reviewed in the United Kingdom on 20 January 2014
Verified Purchase
I discovered Daniel Quinn with ISHMAEL and I liked it so much that I decided to read THE STORY OF B. It is very well written, entertaining and the idea developed all along makes you reconsider things that are never questioned and that we usually take for granted. I recommend it, for sure but don't read THE STORY OF B without reading ISHMAEL first. It is my advice.
Read more
One person found this helpful
Report abuse
See all reviews
Get FREE delivery with Amazon Prime
Prime members enjoy FREE Delivery and exclusive access to movies, TV shows, music, Kindle e-books, Twitch Prime, and more.
> Get Started
Back to top
Get to Know Us
Make Money with Us
Let Us Help You
And don't forget:
© 1996-2020, Amazon.com, Inc. or its affiliates