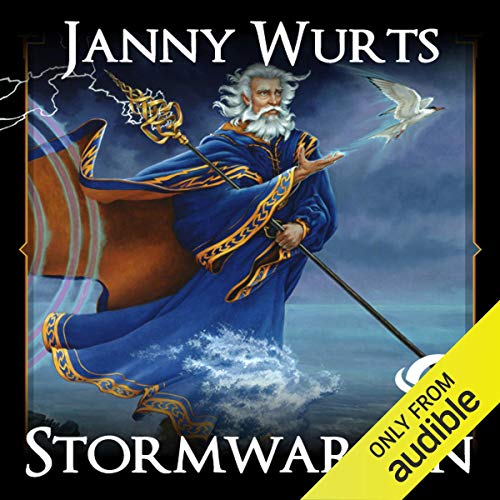 Stormwarden: Book 1 of the Cycle of Fire

Spyro
4.0 out of 5 stars Magic and technology fitting well together
Reviewed in the United Kingdom on 12 July 2016
Verified Purchase
This is one of Janny Wurts' very early books, the first in a trilogy, and it still holds up well. The story follows three main characters - Taen, Emien and Jaric - as plots against the stormwarden Anskiere grow apace. As their worlds separate and collide, tension builds to the exciting climax. The writing is descriptive and wonderfully visual, the characters well drawn. Looking forward to reading the next in the series.
Read more
Report abuse

Joyce Goodier
5.0 out of 5 stars Good reading
Reviewed in the United Kingdom on 2 October 2020
Verified Purchase
The book is very good reading and the others follow on well.
Read more
Report abuse

Jules
5.0 out of 5 stars Brilliant
Reviewed in the United Kingdom on 27 February 2014
Verified Purchase
If you've never read Janny Wurts you should start here as it's a good a place as any and highly indicitive of her skills as a storyteller par excellence.
Read more
One person found this helpful
Report abuse

skyrad
4.0 out of 5 stars Four Stars
Reviewed in the United Kingdom on 11 January 2016
Verified Purchase
I like nanny wurts books its a very interesting story a lot of twists and turns very absorbing
Read more
Report abuse
See all reviews
Back to top
Get to Know Us
Make Money with Us
Let Us Help You
And don't forget:
© 1996-2021, Amazon.com, Inc. or its affiliates