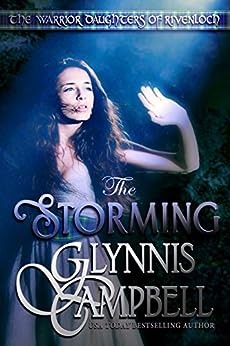 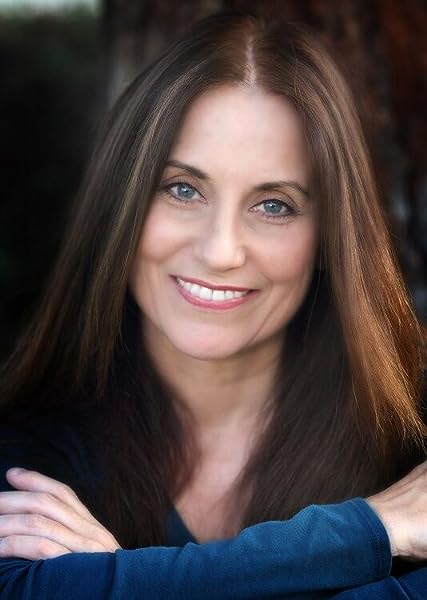 The Storming (The Warrior Daughters of Rivenloch) Kindle Edition

GLYNNIS CAMPBELL is a USA Today bestselling author of swashbuckling medieval action-adventure romances, mostly set in Scotland, with twenty books published in six languages. Glynnis once rocked in an all-girl band called The Pinups on CBS Records, did voiceovers for the MTV animated series, The Maxx, Diablo and Starcraft videogames, and Star Wars audio adventures, and is married to a rock star. She loves to transport readers to a place where the bold heroes have endearing flaws, the women are stronger than they look, the land is lush and untamed, and chivalry is alive and well! --This text refers to the paperback edition.

Beverley Silvey
5.0 out of 5 stars Nice short story
Reviewed in the United Kingdom on 30 May 2019
Verified Purchase
A nice short story, but as all novellas it was not long enough. I love everything written by Ms Campbell and this is no exception. BUT it is really disappointing to purchase a book and realise I already own it, but under the name of The Siege!
Read more
Report abuse

Dianne
4.0 out of 5 stars And The Wall Fell Down
Reviewed in the United States on 21 October 2019
Verified Purchase
Giric mac Leod better know as The Dire Dargan to his contemporaries has been married three times with disastrous results each time has decided never to marry again. No woman in her right mind would ever want to be his wife. But Lady Hilaire Eliot has no choice since the King has decided they should marry to bring peace to the region. She refuses to obey this command and decided to run away. She uses an old tunnel that has not been opened for years. Giric has gotten impatient with the siege at the castle and decided to go under the wall to get this over with. His digging and her opening a disused tunnel undermine the support of the wall causes a collapse burying both of them. Neither realizes they are both there and when they dig out the separating portions of dirt and rock even though they can't see each other they are grateful they are not going to die alone. She reveals her reason for fleeing so he knows she's his Intended. She on the other hand thinks he is just a Knight doing his duty. In the situation with them both expecting to die they open up their honest feelings and fears. She eventually figures out who he is and that he is a victim of circumstances and not an evil man.
The emotions and feelings they expose because they can't actually see each other cause them to be real with one another and the barriers of society aren't there to get in the way. It's not about looks, age or prestige. It's about truth and they build a relation that would not have happened otherwise so when they are rescued they have something to build on. This was a story that makes you think how much is lost by not really knowing that other person and how better life might be if we did.

Sara
5.0 out of 5 stars A New Rivenloch Saga Continues
Reviewed in the United States on 27 April 2019
Verified Purchase
When I came across this novella I thought it was part of the Maids of Rivenloch series, but then I realized that there was a change in the series title and notice that Ms. Campbell is starting a new series with the children of the characters of the Maids of Rivenloch.
This story is centers around the period of the Maids of Rivenloch, but with focus on the parents of one of the future characters that I believe is going to be part of this new series. The characters are Giric who is chosen to marry Hilaire by the king's orders. Giric goes to her keep demanding for his bride by digging into the fortress and at the same time Hilaire is planning her escape through a tunnel in which Giric causes to collapse, trapping both of them inside. They both meet each other without even seeing each other and discover each other's identities in the process and fall in love. Very sweet short novella.
Read more
2 people found this helpful
Report abuse

Nanna
5.0 out of 5 stars A Love Story for the Ages... Simply Wonderful
Reviewed in the United States on 9 October 2019
Verified Purchase
OH Wow what a wonderful love story... this is the prelude to the new series, "The Warrior Daughters of Rivenloch."
I wish I had read this one first, but it is still a wonderful tale of how gossip, and rumors even in the 1136 could ruin lives. Lady Eliot Hilaire is fleeing thru a hidden tunnel from her father and her betrothed. The king has arranged marriage to the Dire Dragan, Giric mac Leod. She has never met him, but the rumors and gossip is he has killed three wives already !! People say he is cursed. She doesn't want to be the fourth. So Hilaire and her nurse take to the tunnels but unknown to them is that Giric/Claw is also using the tunnels as a way to enter the castle and get his bride.
Neither of them thought about how old the tunnel is so as Claw tries to tunnel in and she out they cause a cave in leaving them both buried under tons of rock and dirt. Claw feels this is his due, till he hears Hilaire's cries for help. Hilaire has always been claustrophobia, and is in desperation now being alone in the dark.
She trust him to get them out and feels safe as long as Claw is near and she is not alone in the dark.
There is attraction and desire for both of them as they try to find away out, as they learn each other secrets in the dark and gloom. This is a lovely story of hope, faith and redemption. The only bad thing about this book was it was way too short. This is a love story you don't want to miss. After reading this one you will really want to read The Fire Bride, and then the short Christmas story, A Rivenloch Christmas.... both are simply wonderful
Glynnis has done it again....enjoy..
Read more
Report abuse

Kathy
5.0 out of 5 stars Brilliantly written, couldn't put it down!
Reviewed in the United States on 29 June 2018
Verified Purchase
I lived this story, each and every handful of dirt and stone that the characters tried to remove. The feeling of claustrophobia and desperation was palpable as was the growing desire and attraction between Hilaire and Claw. Wonderfully written, realistic and compelling this is a story that not only carries you effortlessly along, but makes you feel a part of the scene. Ms. Campbell is a very talented author and this story is another one I'm very happy to have in my library.
Read more
2 people found this helpful
Report abuse
See all reviews
Back to top
Get to Know Us
Make Money with Us
Let Us Help You
And don't forget:
© 1996-2021, Amazon.com, Inc. or its affiliates