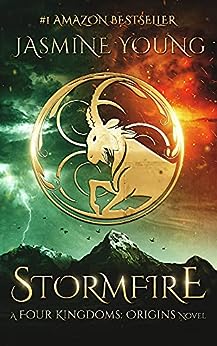 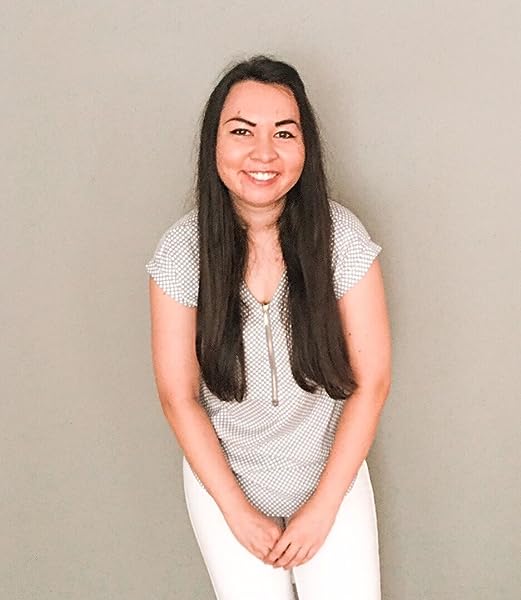 Sammy Robertson
5.0 out of 5 stars Read read this book
Reviewed in Australia on 4 June 2021
Verified Purchase
Could not put it down was a page turner from the start
Read more
Helpful
Report abuse

Nerida
5.0 out of 5 stars Really fun read!
Reviewed in Australia on 14 February 2021
*I received a free copy of this book from the author via Voracious Readers Only in return for an honest review*

I’m fairly new to the YA fantasy hype, but Stormfire had me hooked. Every character was believable and fit their place in the world — often with much more complicated back stories than I was expecting! The author has obviously put a lot of thought and effort into creating this world, and I enjoyed the melting pot of inspirations from different cultures and parts of history.

I loved how the story used well-known tropes (the unlikely orphan hero, the group of friends saving the world, hereditary confusion, the quest, etc) but mixed them in with so many little and big plot twists that by the end I’d given up trying to predict what would come next. I’m definitely looking forward to the sequel to see how this all plays out!

My only issue with Stormfire was that sometimes in dialogue sections it was easy to lose track of who was talking, and once I actually wasn’t sure who had killed whom from which kingdom and why... but those moments were far and few between.

Amazon Customer
5.0 out of 5 stars A story that pulls the reader in.
Reviewed in Australia on 7 June 2021
Very well written. This story demands that the reader keep reading to find out what happens next. It is full of action with characters who are finding themselves and how they fit in their world. Moral dilemmas are considered, friendships are made and lives are changed.
Read more
Helpful
Report abuse

Kindle Customer
5.0 out of 5 stars Characters very believable
Reviewed in Australia on 29 March 2021
Loved the characters I could visualize how I thought they would look. Great flow throughout I look forward to reading the next book.
Read more
Helpful
Report abuse
See all reviews

Cath McTernan
5.0 out of 5 stars A Quest for True Identity and the Safety of the Kingdom
Reviewed in the United Kingdom on 26 September 2020
Verified Purchase
This is book one of the Four Kingdoms: Origins series and the main character is fourteen year old Jaime Pappas, who lived in Townfold Village on Mount Alairus, a place once known for its silver mines, until the King depleted all the quarries to fund his armies. Now his village is full of ruins and this is now the first time that royal soldiers have appeared in the village. They have built a huge wooden pyre in Champion’s Square at the centre of the village. He snuck through to have a peek at the pyre, but finds the people to be burned on the pyre have not yet been announced. When the Archpriestess caught his eyes, he dropped his urn of water and took off at a run back to his foster family’s farm. He finds his brother Hilaris there who had been taken to live at the local Lord’s home when he was seven, due to his intelligent reply as to why he had taken something. Now he has a book from Lord Gaiyus’s library, The Legend of the Four, which he wants to share with Jaime.

What his brother reveals is that he and his brother, both being aged fourteen, and even their mother, are the targets due to burn on the pyre, due to a Royal Decree in the Jaypes Kingdom, where if you were born in the same year as the missing prince, you would be put to death for high treason. Anyone aged fourteen this year, could be the missing prince! Jaime is exempt due to his asthma, as are another two boys his age in the village, as they are all marked as handicapped, by a large X with a circle on his wrist. Hilaris is the only other one it could be. His mother still worships Lord Jaypes, the God of Air, but the King is from the Western Kingdom and a Fire Sage, and took over their kingdom by invasion. He shouldn’t be allowed to rule their kingdom, it should be an Air Sage who rules the Kingdo of Air as Jaypes actually is. He is well known for using torture on any that still worship Jaypes, by cutting off their ears or tongues. His brother and foster mother are taken before they can run and Jaime ends up in Lord Gaiyus’s hands, where he learns about his real father. King Usheon received a prophecy that his own son would overthrow him, from airpriests sent by the God of Air himself. This is what led to the Royal Decree. The only man he thought might be his father in the village, is in fact the Queen’s brother.

Jaime knew they needed money if they were to escape into the mountains, so he and his brother had robbed their father’s grave for the death offerings. Under the money bags was a medallion, known as a Sacred Relic, that when touched by a Sage, will produce a banestorm, a huge storm and gusts of wind, no matter what their natural element might be. Jaime managed to wield it and that proved he was the King’s son, not his brother. But now he is going to lose his brother and the woman he thought of as his mother, all due to the King, who he has now been told is actually his father! He ends up having to run and is knocked into the raging waters of the river and swept away. The last thing he was told, was to duel to the death with the King, to save them all! He reaches a City State and finds there an organisation calling themselves the Air Alliance, the only rebellion against the King. Now that normal citizens have seen and heard of the banestorm raised in his village, more are joining the rebellion and dying in their hundreds, fighting the King’s forces.

The airpriest Achuros refuses to train another Sage and leaves the mayor’s meeting, but finally relents and starts to train him. He doesn’t have long until the ideal time to fight against the King at a big tournament and the airpriest doesn’t believe he will be anywhere near ready. If the four elements, the four kingdoms, cannot be in balance, then they will all be destroyed by a massive banestorm, according to legend. His heart wants to save his mother, but his head is beginning to realise that if he does nothing about the King, then many more will die and he will be responsible! He is facing a huge battle and he has others who join him on his trek to the High Temple, Toran of Kaippon, Lady Eridene of Glaidde and then Arrys of Larfour, a kingdom that was closed to visitors over fifteen hundred years ago and none ever seen, That is until now. Each kingdom has their own problems and Lady Eridene wants to get back to the war ongoing in her lands. The four kingdoms have their own Gods and there is a fifth for the spirits. Another prophecy told to the four kings left them fearing the rise of darklings. The kings are holding many things back and seek to take advantage of any weakness in the other kingdoms.

A great story of a young orphan who loses his only known family in a terrible manner, and then gets told he may be a person of some importance mentioned in a prophecy told relating to the year of his birth. Sages of Air, Fire, Earth and Water must keep the Unity and balance between these elements, or they will be destroyed by the power of storms or overtaken by the dark powers. He tries to escape what happened to his family, but then ends up in a bit of a quest almost, to learn new powers and take his rightful place. He gains allies along the way, but it seems like some will betray him, but nothing is ever quite what it seems, especially at the end. A cracking adventure and I look forward to finding out more in the next book. I received an ARC copy of this book from BookSprout and I have freely given my own opinion of the book above.
Read more
Report abuse

Reena
5.0 out of 5 stars A rollercoaster of a read!!!
Reviewed in the United Kingdom on 19 May 2021
Verified Purchase
What a way for a debute!!! Jasmine Young takes us by storm with "Stormfire" and leads us on a rollecoaster of a read with an amazingly complex new world, engrossing storyline and intriguing characters! One of the best YA books I've read in recent years, and I'll definitely read the next books in the series!
Read more
Report abuse

Julie de borde
5.0 out of 5 stars Magical YA fantasy book⚡️ 🔥⭐️👑
Reviewed in the United Kingdom on 19 August 2021
Verified Purchase
I absolutely loved this book by jasmine young, from start to finish I don’t usually read fantasy books and this book was amazingly engaging and full of excitement and brillient characters. It transported you to another world 🌎 .. a fantasy world 💫💫💫
I read it on the beach in Antigua in July 2021! I would definitely recommend it to any avid reader !

5.0 out of 5 stars Magical YA fantasy book⚡️ 🔥⭐️👑
Reviewed in the United Kingdom on 19 August 2021
I absolutely loved this book by jasmine young, from start to finish I don’t usually read fantasy books and this book was amazingly engaging and full of excitement and brillient characters. It transported you to another world 🌎 .. a fantasy world 💫💫💫
I read it on the beach in Antigua in July 2021! I would definitely recommend it to any avid reader !

Oliver Kitching
5.0 out of 5 stars Great Book!
Reviewed in the United Kingdom on 21 January 2020
Verified Purchase
This was a great book and I absolutely loved it. There were so many twist that I didn’t see coming and an unbelievable plot! Plus the world felt so well built that I can still imagine it easily!
Read more
Report abuse

Jolaine
5.0 out of 5 stars 🤗
Reviewed in Canada on 12 September 2020
Verified Purchase
Will recommend this book to my friends in the future! It’s fast paced, has a large world scale, a magic system powerful enough to affect geography and a dynamic plot. Can’t wait to read the others in the series.
Read more
Report abuse
See all reviews
Back to top
Get to Know Us
Make Money with Us
Let Us Help You
And don't forget:
© 1996-2021, Amazon.com, Inc. or its affiliates