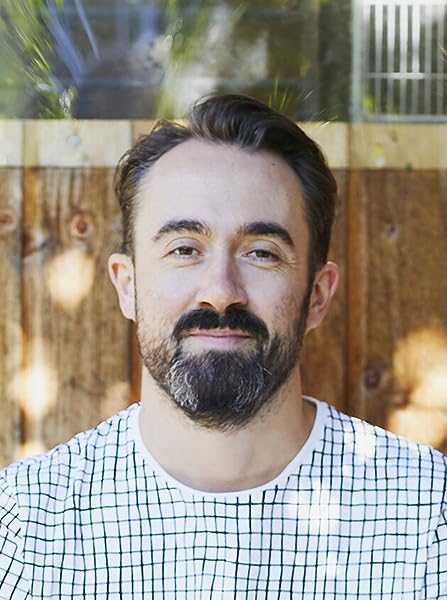 by Benji Davies (Author)
4.8 out of 5 stars 763 ratings
See all formats and editions
Sorry, there was a problem loading this page. Try again.

Benji Davies was born and raised in Peterborough. After studying Animation at university, a thirst for pastures new led to London, where he now resides, drawing pictures (and sometimes make them move!). His books - including the much-loved The Storm Whale and Grandad's Island are international bestsellers, and have been translated into over 35 different languages.
Start reading The Storm Whale on your Kindle in under a minute.

Benji Davies is an illustrator, author and animation director.

His first self-penned picture book, The Storm Whale, was the winner of the inaugral Oscar's First Book Prize in 2014 and was also shortlisted for Booktrust's Best Book Awards. His next picture book, Grandad's Island, won the children's book professional category at the Association Of Illustrator's prestigious World Illustration Awards and also picked up the Sainsbury's Best Picture Book Award and was crowned overall Sainsbury's Children's Book of the Year 2015.

Benji has worked on a diverse array of projects, from picture books and animated short films to music videos, commercials and title sequences. His books have been published in many languages and countries around the world.

He lives in London with his wife and daughter.

4.8 out of 5 stars
4.8 out of 5
763 global ratings
How are ratings calculated?
To calculate the overall star rating and percentage breakdown by star, we don’t use a simple average. Instead, our system considers things like how recent a review is and if the reviewer bought the item on Amazon. It also analyses reviews to verify trustworthiness.

k.howard
5.0 out of 5 stars Wonderful and inspiring
Reviewed in the United Kingdom on 4 March 2017
Verified Purchase
This is a wonderful book for a three year old. The little boy goes to the beach after a storm to find a baby whale washed up on the shore. He takes it home to look after it and puts it in the bath (we don't ask how he carried it up the stairs). His father, who has been out on his fishing boat, returns and later finds the whale. Together they return it to the sea, but to Noi it is his friend, and he hopes to see it again (get the sequel too). The text is expressive and clear, and the beautifully painted illustrations of the fishermen's houses, the six cats to find and count, and all the detail are wonderful prompts for discussion. Thank you, Benji Davies.
Read more
11 people found this helpful
Report abuse

Lucy
4.0 out of 5 stars Lovely story for young children
Reviewed in the United Kingdom on 14 July 2019
Verified Purchase
This book is a little reminiscent of Oliver’s Jeffer’s, Lost and Found and the writing style reminds me of Oliver Jeffers. So if you/ your children like his books then this book is likely to be a hit. I find the book a sad tale, it has a happy end but the start of the book is quite lonely and bleak. Children don’t seem to read into it in the same way but my children did ask where the boy’s Mum is. There are lots of talking points within the story and the illustrations are beautiful. It’s a short story so works well with younger children. We especially love the pair of gulls that feature throughout the illustrations in the book. This is a book that has been read several times so it passes the children's Judgement!
Read more
Report abuse

R.F.
5.0 out of 5 stars A book you must have!
Reviewed in the United Kingdom on 8 June 2021
Verified Purchase
Truly beautiful story and illustrations. I wished it was a wee bit longer and gave some more insight into what happened once the whale was in the tub :D but it's wonderful as it is. I just love the style of drawing! The book is also well made and will surely be treasured in our house for many years to come.
Read more
Report abuse

MrsP
5.0 out of 5 stars 5 Star
Reviewed in the United Kingdom on 1 September 2017
Verified Purchase
Absolutely wonderful story by Benji Davies, a lovely little plot that shows a young boy demonstrating huge compassion. We really enjoy reading this especially as at the moment my little boy wants to be a vet so it really caters to his interests. Beautiful illustrations.
Read more
2 people found this helpful
Report abuse

Tamito
5.0 out of 5 stars A book worth enjoying
Reviewed in the United Kingdom on 18 September 2019
Verified Purchase
Gorgeous pictures and a really lovely story to read. My 5 year old loved reading it and requested the other two books in the series. The text is simple enough that he could read the books by himself and the pictures are absolutely lovely to look at. Highly recommend
Read more
Report abuse
See all reviews
Back to top
Get to Know Us
Make Money with Us
Let Us Help You
And don't forget:
© 1996-2021, Amazon.com, Inc. or its affiliates